Don't bogart the wasabi! Colorado's Hapa Sushi has come up with a food-and-weed pairing menu.

It's part of the chain's ad campaign to celebrate Colorado's legalization of recreational marijuana.

Imagine the win-win for Hapa: The pot-positive restaurant would get heaps of publicity and their customers would order more sushi after getting the munchies.

However, the menu isn't actually being offered at the restaurant (sorry, maki and marijuana fans). But the suggestions are real, according to the agency behind the menu.

"Some thought was put into them," Jonathan Schoenberg, executive creative director of TDA Boulder, told The Huffington Post.

The notion intrigues: Does vintage Pakistani Kush really go well with pakalolo shrimp? Check out the menu below: 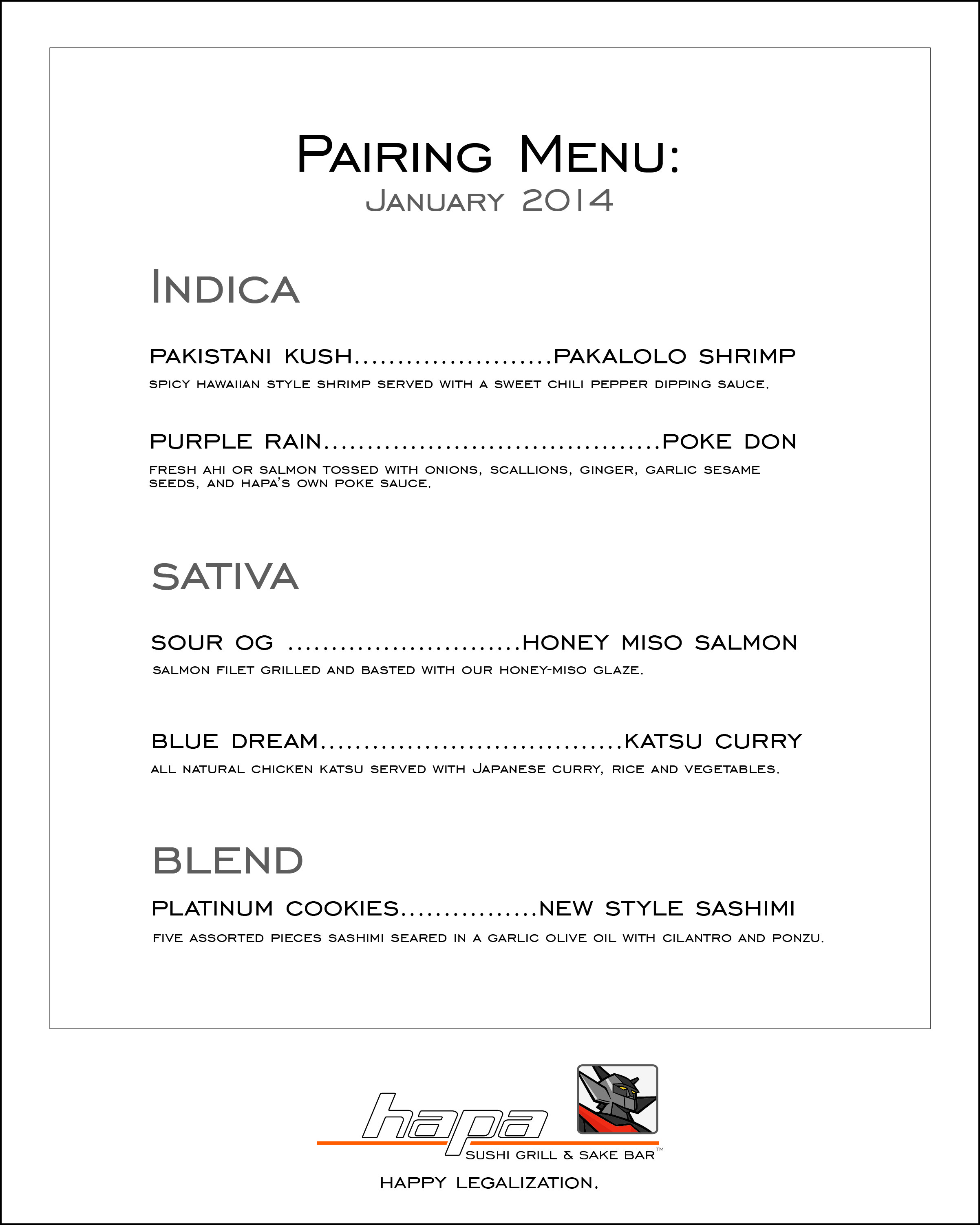