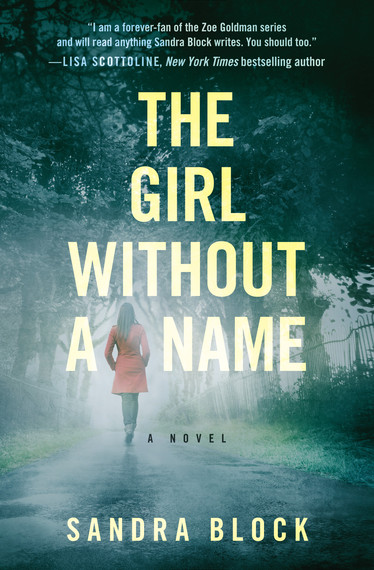 Sandra Block's latest novel, The Girl Without a Name, follows the medical resident, Zoe Goldman from her suspense debut, Little Black Lies. Lisa Scottoline says that she us a "forever fan of the Zoe Goldman series and will read anything Sandra Block writes." I spoke with Block about medicine, writing, and what it's like to solve the case.

Both you and Zoe share a career in medicine. While she has a growing interest in forensics, you found a new path as a writer. What started you on this journey? How does your medical training influence your writing?

In my heart, I've always wanted to be a writer-it just took me a while to get there. Since high school, I straddled both medicine and writing. I was premed in college, but majored in English. I worked at the Buffalo News as an intern, but also shadowed a psychiatrist. Finally, I had to make a decision, and I chose medicine. But, I kept writing. I wrote a roundly rejected novel back in medical school and then put my pen away. Twenty years later, thankfully, I picked it back up. That's how Zoe Goldman came to be.

In a way, I'm glad I chose medicine first. Medicine absolutely influences my writing. Zoe's character brought me back to my residency (though mine was neurology). Residency happens during our twenties, a truly formative time. We pick our mate, our career path, and basically, finally become adults. Everything I went through there - the late nights, the frustration with attendings, the mysterious and difficult patients, the joy of saving a life, the grief of losing one-is infused into this character. 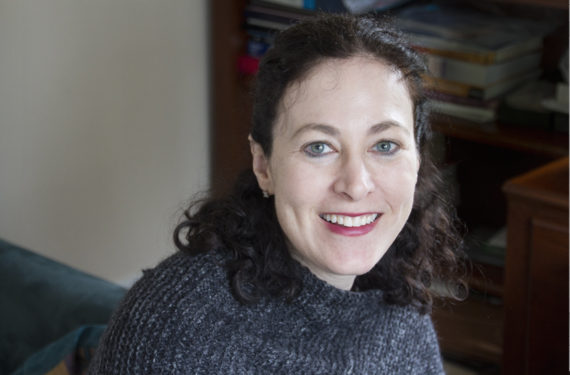 When you first found Zoe Goldman in Little Black Lies, did you know you wanted to carry her story forward in a series? And how did you find Zoe? What came first--the story or the interesting woman that narrates it?

The character came first for me. Walking up the stairs one night, I noticed a pattern of moonlight on the laundry room floor which reminded me of blood spatter. (Odd, yes I know.) I envisioned a little girl in there, scared and alone. She quickly grew into the quirky but intelligent Zoe Goldman, now a psychiatry resident. Then, I had to go backwards and figure out how she got in that laundry room.

Zoe Goldman becoming a series was a bit of a fluke. I love Zoe, everything about her: her height, her humor, her ADHD, her flaws. She spoke to me. When I got my agent, we went on submission (trying to publish Little Black Lies), and it took a looong time. Just over a year. Instead of stressing (well, okay, I did plenty of that) I took a leap of faith and started writing another Zoe novel. When we finally got some real interest for the first, we had a mini-auction going on, and part of the negotiation was a two-book deal. And guess what, I just happened to have written another one! It certainly taught me the lesson that when all else fails, keep writing.

Zoe learns an interesting lesson about the flaws that make us human. While in her case her ability to hyper-fixate and not give up until she finds an answer helps Jane Doe, other characters' flaws reveal the darker side of human nature. Do you agree that the cracks let the light in and make us who we are?

I think Zoe is a better psychiatrist because of her "cracks." She has been on both sides of the psychiatry couch. But, this does not always help her. It got her on probation; it nearly gets her fired. We are all human; we all have faults. Yes, they let the light in. But, they can also trip us up, and even kill us.

There is a concept in Judaism called "tikun olam" or fixing the world. I considered this often while writing the book. Zoe is a healer. She is trying to fix the world. But, you cannot heal everyone. And sometimes, it's the cracks that make us beautiful, and human.

What's next for you and Zoe? Will you continue to follow her on her journey to study forensic psychology or do other characters await?

Zoe took a bit of a break, but I hope she'll be back! The current novel I'm working on is a Detective Adams novel. He had a small role in Little Black Lies but a more prominent one in The Girl Without a Name. Zoe does make a cameo at least. But, by choosing forensic psychiatry, I left the door wide open for her return...I'll have to leave you with that mystery for now. :)