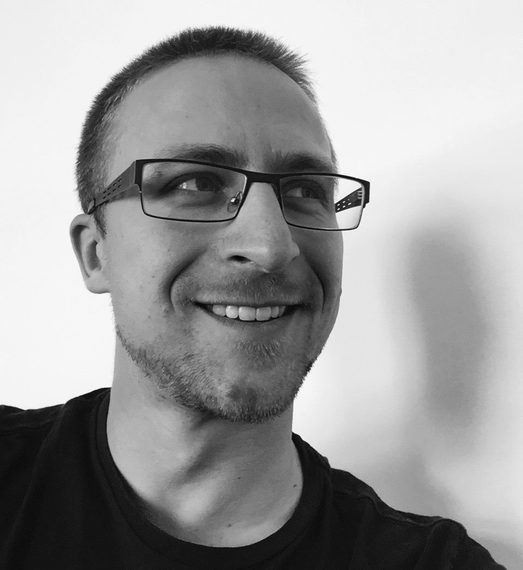 Michel Wolfstirn is the founder of BiomimicryNorway, which aims to provide innovation inspired by nature both in the academic and professional sectors. Below is an excerpt of our conversation at the Good Life Project camp on biomimicry and sustainability.

How did you get involved in the oil industry?
I completed a French-German diploma in mechanical engineering because I was aiming for an international European company like Airbus. I thought it would be seen very well to show my experience with French, German, and English. I found an internship with an oil company, where English was the working language. They wound up hiring me and I worked there for four years, before I quit.

Why did you leave?
I care about the environment and the outdoors. I don't like fear-based messages about global warming and the end of the world. They don't interest me. I guess it was a bit of a reaction to the media rhetoric of this giant problem, which builds on fear, rather than offering solutions. I always wanted to contribute to solving the climate change issue, but I guess I lured myself into this really big opportunity to work for a big company in Norway. For some reason I was always attracted to Scandinavia and the oil industry gave me a great opportunity to live there.

Initially I thought, the oil industry is going down and everybody knows we have limited resources. I thought it would make sense that oil industry giants would invest in sustainability, new energy, and ways to become resilient they gradually move away from their current business which is only going downwards. I thought, maybe I can be part of this adventure. When I entered the company, it became clear relatively quickly this wasn't where it was going. It felt like they were going to milk the cow to the bitter end.

What are some energy alternatives to oil you are excited about?
I think solar power makes a lot of sense, but not necessarily the way we're doing it right now. It is how nature does it abd it's a dominant strategy for energy harvesting. Wind power and wave power make a lot of sense as well since their source cannot be exhausted. Diversity is very much needed.

The only thing that concerns me is the way we rush into these industries without necessarily thinking about the entire cycle. We are getting better at it, but the more panels we create, the more waste we ultimately create as well. The rare earth components that go into the panels are just like the ones in our cellphones. They're very hard to extract (commercial grade ore is not easy to find), so we need to find a way to put them and the other components back into the industrial cycle rather than throwing them away when panels go to waste.

What are you working on right now?
I watched this Ted Talk with Janine Benyus where she talked about biomimicry. Biomimicry is sustainable innovation inspired by nature. It's a framework to solve challenges by asking how nature would solve the problem.

For example, Japan's high-speed railway lines called the Shinkansen wanted to make their trains faster, but every time they came out of a tunnel, it would almost create a very loud boom. It was so fast that that it was compressing air in front of itself in the tunnel, and that mass of air would explode like a champagne cork when the train comes out of the tunnel. Japan is very densely inhabited and the train rides through urban zones for large parts of the stretch, so it would be a big disturbance.

They solved that by looking at the kingfisher. The kingfisher dives into water without making a splash. The Shinkansen engineers thought maybe they could use the shape of the bill of the kingfisher to solve their problem, and it did. In fact, the trains consumed about 10% less electricity to move forward, and could go something like 10% faster as well. They also made additional changes with the train's pantograph, which is the part touching the power cables. It was not aerodynamic, so they changed the shape but that was not enough. So they took inspiration from the owl. It flies silently to avoid detection, and the reason for that is its serrated feathers, which breaks down the noisy turbulence. They used the same principle to quiet the pantographs.

A more interesting example is the Eastgate Centre in Harare, Zimbabwe. It's a huge office building, so one question is, how do you keep a relatively constant temperature inside? Zimbabwe is a very warm country. Electricity is not very reliable there and relatively expensive. They turned to the termites because they build these huge mounts that can measure three to four meters. They have this ventilation system that allows them to regulate the temperature of the mount. The Eastgate architects applied those ventilation principles, and now it consumes only 10% of the energy such a building would normally use for air conditioning. It's huge in energy savings.

There's a lot of fascinating stuff happening, but we need to engage businesses a bit more to make them understand that if you're not working towards sustainability, you're working towards yesterday. The problem is that we don't get feedback very quickly. Now, we are noticing climate change, but that's a consequence of all the crap we've done from 20 years ago. Even if we stop all oil emissions now, we would still get a worsening of the situation for the next 10 or 15 years at least. It's important to be aware of that.