From the early civilization days, human beings believed in culture. Every society practiced one or the other form of art or craft.

Despite the rapid industrialization of the world, the rural communities continue to be the real flag bearers of our heritage traditions. Ironically, the developing and under-served rural population is actually the one still practicing the ancient cultures of the world.

Ironically, the developing and under-served rural population is actually the one still practicing the ancient cultures of the world.

Sadly, with the increasing urbanization, traditions and cultures are fast eroding. Increasing living costs and urban aspirations for a convenient life, brings the rural population to the cities. In the process of migration, the ancient practices are either looked down upon as 'backward' or are forgotten. 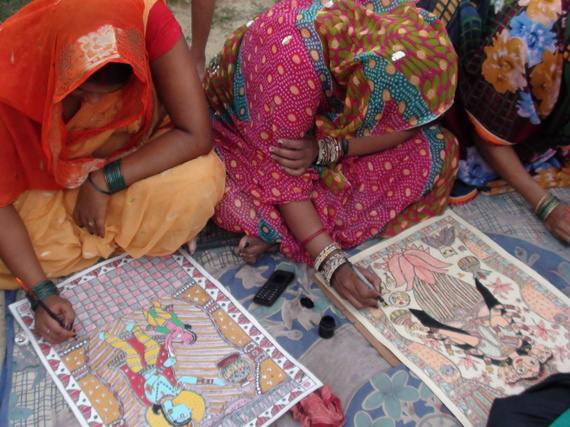 "Culture is a way to bond with the nature, divine and our fellow human beings."

Government & social organizations in different parts of the world are making efforts to preserve many of the dying traditions and cultures through initiatives, funds, support. Yet the urban migration continues and communities practicing these art forms for centuries, do not find the profession meeting their aspirations of life or bringing them at par with the global advancements.

While in New York, I heard about the native American art being printed randomly on t-shirts, scarves, mugs. This definitely means the art is appreciated by all. However, through such rampant printing of art, artists are no longer supported or encouraged to practice it.

Native American art form is an example of an ancient tradition, which was practiced to display the social organization of the culture, sometimes to offer prayers, or to even offer a service. I could immediately connect it to my own heritage art in India, Mithila Painting, popularly known as Madhubani Painting. Mithila Painting is an ancient art practiced by women of rural households for thousands of years in Mithila belt (North Bihar, India and parts of Nepal) to sanctify the houses and to bless mankind. The art is a social expression of the community to celebrate different occasions in life. Many a times, the art is in the form of prayer- to invite deities, to pass on good wishes to a new family, bless a new born, or even to pray for a departed soul. 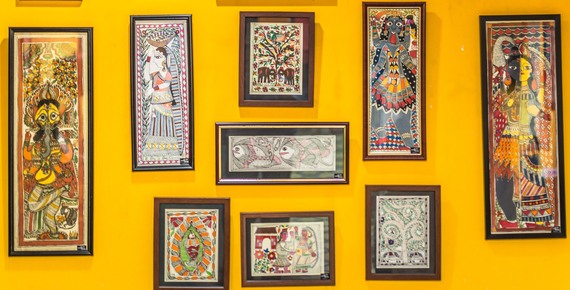 In such a case, it becomes quite improper to promote such art forms in ways other than traditional. Indian government awarded Geographical tag to these art forms to protect it from getting printed or produced in non-traditional ways. Inspite of which, art forms like Madhubani Paintings or Warli or Kalamkari of India are frequently printed and even sold through high end fashion retail houses, in the name of promoting a traditional art.

Art forms like Madhubani Paintings or Warli or Kalamkari art of India are frequently printed and even sold through high-end fashion retail houses, in the name of promoting a traditional art.

You can still find purses, dresses or other accessories printed with such art forms in high-end stores promoting Indian products.

I always wonder why big fashion houses play around with traditional art forms, which are already dying. They have huge customer bases, and can sell any and every product under the sun.

Speaking to a Jewish Art Dealer friend of mine, I came to know about the rich Jewish culture and their art form. He was equally concerned as to how it's important to preserve such traditions in their original form. And how sometimes, the culture gets limited to the way we dress ourselves up or the dishes we eat.

Travelling to Santa Fe, I saw how International Folk Art Alliance through its Folk Art Market is giving platforms to folk artists and folk art organizations from all over the world to display and sell their art work. Found it really inspiring and innovative! 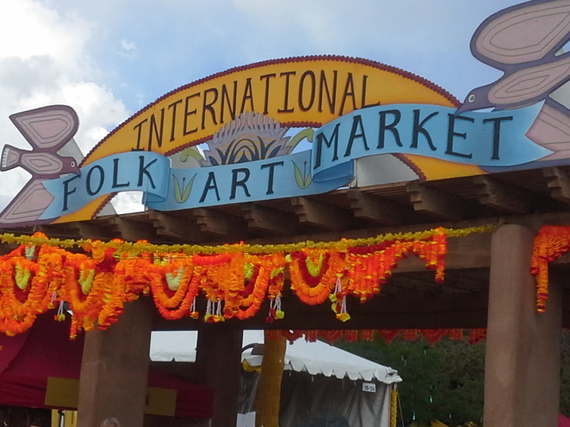 The question that almost always haunts me is that of continued sustainability.

How could the art be integrated in daily lives, to make such practices live forever? How can such art forms sustain without being pushed under the wrap of charity?

How can such art forms sustain without being pushed under the wrap of charity?

Art Sustenance is possible only when the artists have all they need to lead a dignified life in their rural settings.

Almost always, I feel the need to involve art in mainstream social business projects, and not just conventional charitable projects.

MITHILAsmita was born in 2010, as a social enterprise to create a marketing platform for the traditional Madhubani Painting artists of Bihar, mostly women. And, to cater to the world's growing demand of genuine handicrafts through hand painted life style products and wall paintings made by rural woman artists.

It was a vision to connect the two worlds to bring sustainability into the villages; and to cater to the world's growing demand of high quality hand made products. 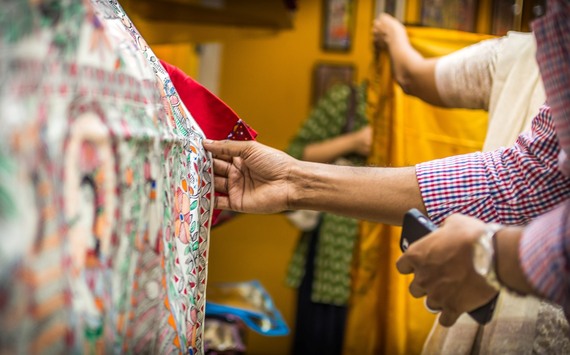 Acumen's recognition as an India fellow helped me strengthen my belief in the idea of sustainability in the traditional art sector.

And recently, with MITHILAsmita becoming a member of Alliance for Artisan Enterprise (an Initiative by the US Department of State and Aspen Institute USA, to develop the artisan sector around the world) reinforced the faith in my vision.

Heritage art forms need to be introduced in gifting culture, especially by large companies with huge gifting budgets. By procuring art and craft objects from social enterprises, we can ensure the sustainability of many of these ancient traditions, and also support the livelihoods of rural artists.

Social Enterprises on the other hand need to continuously regulate the quality of their hand made products to make them of international standards and bring out the best in every art form.

The bigger question is "Is the world ready to embrace art gifting culture to ensure sustainability of our traditions?"