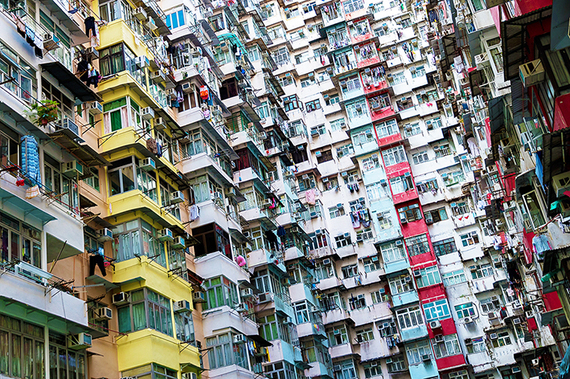 This week, global policy makers gather in Quito for the Habitat III Conference to reinvigorate the global commitment to the sustainable development of cities. Meeting every 20 years, the Habitat Conference will this year focus on setting a new Urban Agenda. Within this context and for the first time ever, the Conference will also discuss the rapid deployment of renewable energy as a means to achieve a sustainable urban future.

This could not be timelier. Dramatic cost declines and technological innovations, present cities with an unprecedented opportunity to transform and decarbonise their energy supply on the basis of a positive economic case - an option that did not exist when the Habitat Conference last convened in 1996. This is great news, considering cities are home to 54% of the global population and generate 70% of global emissions.

The opportunity has not gone unnoticed. Cities are realising that renewables offer a feasible means to not only address climate change and reduce air pollution, but also to help solve a host of other social, economic and environmental challenges. More than 1,000 cities signed the Paris Hall Declaration last year to support urban emission reductions through renewables adoption. Add this to the UN Sustainable Development Goals and the Paris Agreement on climate change, and the world now has a powerful framework for global action on renewables uptake in cities.

But the action needed will only happen with the right enabling policies in place. If cities want to take advantage of the opportunities renewable energy has to offer, they should focus efforts on the following three areas:

1. Renewable energy for heating and cooling: Most of a city's energy use takes place in its commercial and residential buildings - through heating and cooling. These needs can be met by renewable sources either in a centralised way (i.e. delivering renewables sourced elsewhere to buildings via energy distribution networks) or in a decentralised way (i.e. through solar thermal collectors and solar PV panels located at the site where energy is needed).

For example, cities in cold water climates like Stockholm and Copenhagen have been relying on district cooling networks using seawater for some time. This technology is now gaining traction in cities in hot climates like Port Louis, Mauritius, where the first seawater-based district cooling network in Africa is now under development. Turning from the sea to the sun, Tokyo plans to install 1 GW of rooftop systems by 2024 thereby increasing the share of renewables to 20% of total power generation.

City policy makers can promote the production of renewable energy in buildings through a range of policies and regulations, such as building codes, permits, zoning regulations and building performance ratings. Barcelona, as an example, was the first city in Europe to introduce a solar thermal ordinance. As a result, 60% of the city's hot water is now provided by solar energy.

2. Renewable energy for transport: Transport accounts for more than 30% of global energy use in cities, and is set to grow by 50% by 2030. Meeting this need with fossil fuels would result in more air and noise pollution and increased emissions. Fortunately renewable energy options available today can power urban transport, including electric-powered trains, light rail and metro systems, electric vehicles, biofuels, and hydrogen.

Oslo, for example, currently has the highest density of electric vehicles in the world. Across Norway, nearly one in every four cars sold is electric, with hydropower delivering 100% of electricity. Elsewhere, Beijing hopes to achieve 80% electric buses by 2019 and New Delhi is now incorporating solar panels within its metro system.

3. Integrated smart city design: Today variable renewables (e.g. wind and solar) count for 5% of global power generation and that figure is growing rapidly. By 2030 it will reach 20%, with many countries - especially in Europe - seeing shares of variable renewables exceeding 30%. As this share increases, so does the need to synchronise supply and demand. To make this happen, grids need to become smarter and more flexible. Cities will also need community energy plans to capitalise on synergies between renewable energy and energy efficiency.

Local governments must play a key role in enabling this. In San Francisco for example, the city is piloting a programme that alerts electric car owners when demand for electricity is high, so they can avoid charging during that time. In Jeju Province, a smart grid system is being tested which includes smart meters, intelligent power transmission and distribution equipment, a real-time electricity pricing system (which charges more when demand is high) and integrated electric vehicle charging stations.

The success of international efforts to curb climate change will be determined, in large part, by the transition to renewable energy in cities.

International collaboration, like what we will see this week during Habitat III, will be critical to ensure that cities around the world draw on their respective experiences to successfully achieve sustainable development. With the fast urbanisation taking place in the developing world, now is the time for growth with renewables, leap frogging conventional technology, and creating cities of the future that people are proud to call home.

Renewable energy, combined with energy efficiency, is ready to power the future growth of cities. The rewards for an effective sustainable energy strategy in cities are immense, affordable and achievable.