SHENZHEN -- Today's cities are not sustainable, no matter how we look at them.

To understand these complex, human-made, constantly evolving systems and to make them more sustainable, we need knowledge and the will to change. Rather than adding to the long list of challenges facing the development of cities in the coming decades, here is an optimistic outlook that might actually become true if we can turn challenges into opportunities.

This matters: cities have surpassed all other forms of settlement and, since 2008, have become home to the majority of humanity.

Pulsating systems between city and countryside

The cities of the future will be pulsating. At times, they will increase in density and may even shrink as people from rural areas, other cities or other countries enter and take advantage of the special attractions they offer in terms of jobs, culture and education. At other times, the increasing density and new types of professions will drive people out of the city into surrounding areas. Increasingly, high-density, mixed-use cities will be surrounded by lower density, special-character cities: mountain cities, garden cities, water cities, rural cities, even forest cities.

But all of them will be networked with each other and to the high-density centers through high-capacity, high-speed public transportation networks.

It will therefore be more cost-effective for societies to rapidly invest in renewables. Electricity will become the preferred source of energy within the city: electric cars, electric public transportation and electric cooling, resulting in a drastic reduction of heat emissions by cars, less need for air-conditioning, cleaner air, less noise and increased walkability.

Mobility is almost becoming a human right: people want to move whenever and wherever they think it is necessary. It increases knowledge of the world around us and helps to balance inequalities.

Mobility can redevelop into the art of daily travel. It can increase our health rather than threaten it by sitting for hours in air-conditioned cars that pollute the environment. Mobility can become clean, using electric drives or fuel cells that emit just water vapor.

Green mobility could reinvigorate the life of suburbs of major cities. Those low-density suburbs will become clusters of individual, localized, small-energy production plants that feed into smart grids and store energy in liquid fuels. Clean and comfortable mobility between special-character cities could become a major trend towards a healthier and more fulfilled life.

Design and style instead of taxes and fines

Most people do not like taxes and fines. What if there was an alternative, so that it gives pleasure to do things that are good for us and for the cities, even if it seems to cost more on first sight? What if we add clear information on global social costs to each product, which will show that in most cases the "cheap" is really expensive and that the "costly" is actually economical?

What if the design of appliances, instruments and other objects for daily life is so good that we would rather buy those instead of slightly cheaper but ill-designed less durable things? What if the typical 20th century throwaway and waste-producing consumer culture goes out of style and is replaced by a high-quality, product-recycling culture? This might have a better effect and more positive outcome in reducing carbon dioxide emissions and urban heat islands than taxes and fines.

Especially in the tropics, where the vast majority of the world's population will live in a few decades, it will be crucial to eliminate the reasons for the urban heat island effect in order to increase the livability of cities.

For those cities, no matter what their size, it is essential that they become cooler and calmer: cooler, because this will reduce the need for air conditioning and its associated energy waste and air pollution; and calmer, because this will increase the cities' livability and decrease the probability that people will suffer from noise-induced illnesses.

Cities are exciting, and they are attractive. Yet as we know today from research by the Santa Fe Institute, since antiquity, cities increase their attractiveness as they grow: doubling the size of the city more than doubles its attractive culture, science or financial features. Cities with a density of 5,000 or even up to 10,000 people per square kilometer have high-intensity communication, competition and cooperation and are very attractive, especially for young people. This leads to new discoveries in a shorter period of time and drives innovation.

These sizes are enough to create exciting density and high-intensity environments, without producing the negative side effects of megacities: uncontrollable growth, unnecessary traffic jams, high economic inequality as well as pollution, air and water quality problems. The smaller cities with still recognizable main streets -- think of Bahnhofstrasse in Zürich or of Orchard Road in Singapore -- will increase in attractiveness.

Hopefully, 10 years from now, waste will be a word of the past. Every material brought into the city will have multiple uses and multiple lives before it arrives at the bottom of the cascade of use, turning back into its original components. Downgrading and upgrading products and their components will turn into a major new business in cities. This business will be create value and thus not be associated with today's characterization of waste as something undesirable.

Every product that goes out of its present use will provide the raw material and the components for the next attractive product -- be it for urban farming, renewable energy generation, rare material harvesting or component re-composition.

Since the beginning of the 21st century, the most knowledge-intensive cities are ranked as the most livable cities, and this trend will continue in the coming decades. Knowledge is the only thing that allows for unlimited growth without negative side effects. It can be exchanged for all kinds of other products.

It is not polluting, and it is highly valuable. Knowledge will make every physical product more interesting and will help us to rediscover the value of its components. For example, knowledge about food will lead us to be more respectful with food and water and thus reduce destruction in the farm-to-table process. Knowledge also gives pleasure in small things: wearable computers, extended senses and medical robotic help.

In a decade, we will have learned from the emerging smart cities of today. The Internet of Things will be part of our daily life, and we will quite naturally integrate communication with smart objects such as cars and household appliances.

People in advanced cities will have left behind the threat of being constantly monitored and censored by monitors and sensors and will have domesticated them into daily helpers to improve their lives. The combination of citizen-design ideas and immense computational power available anywhere -- just like having water from the tap or electricity from the plug -- will lead to a cognitive design-computing environment, in which citizens are much more active and proactive in designing and improving their cities.

Cities in the coming decades will depend even more on their universities as places of critical research, learning and innovation. Massive open online courses such as "Future Cities" will offer the same excellent content to all people across the globe that have Internet access.

This is necessary, as in the next 25 years, more than two billion people, mainly in areas north and south of the equator, will need a new place to live and work in emerging urban systems. Those cities must not create the same energy and pollution of our present cities. Instead, local experts, equipped with the methods and instruments from the best universities worldwide, will adapt to the local conditions to create the most livable environment for their citizens.

As a result, each future city will develop special characteristics, depending on climate and local culture, thus adding attractiveness and making them distinguishable from each other.

PHOTO GALLERY
These are the Friendliest Cities in America
Download
Calling all HuffPost superfans!
Sign up for membership to become a founding member and help shape HuffPost's next chapter
Join HuffPost

How To Create Sustainable, Pulsating Cities of the Future
These are the Friendliest Cities in America 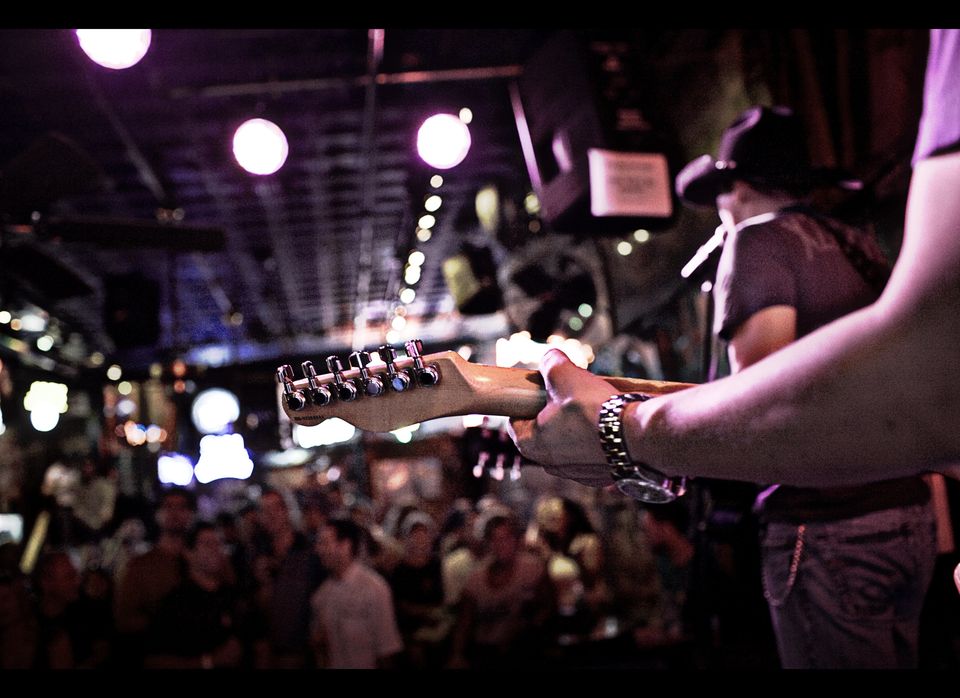