Our planet has a very long way to go toward building a food system that is truly and genuinely sustainable, but that work, if done correctly, could come with a massive reward.

That’s the conclusion of a new report released this month by the Business and Sustainable Development Commission, an international nonprofit hoping to make a strong bottom-line case for industries to take a more earth-friendly approach to their businesses.

In its flagship report, the commission appears to have done just that.

The report claims that taking a sustainable approach to the world’s food and agriculture challenges, like hunger, food waste and environmental degradation, could lead to new business opportunities totaling an annual $2.3 trillion — and 80 million new jobs — by 2030, based on an analysis of of industry reports and academic literature.

That economic impact would be a sevenfold return on an annual investment of $320 billion, according to the report.

What exactly is meant by a sustainable approach that could achieve this, though? The approach considered by the report is one outlined by the United Nations’ Sustainable Development Goals, or Global Goals, which were released last year with the aim of reducing poverty, hunger and inequality around the world by 2030.

The SDG agenda calls for significant shifts in how our food is produced, processed and sold, including growing and consuming more produce and meats that have a reduced environmental impact, embracing sustainable farming practices like low- and no-till agriculture and reducing food waste at both the production and retail level.

Such shifts, the report’s author Fraser Thompson said, aren’t just “pie-in-the-sky” daydreaming or, as some critics of the SDGs have put it, byproducts of a “worthless” “high school wish list.”

“It is important to stress that our business opportunities are based on currently available technologies where there is an existing model in operation in some part of the world,” Thompson told HuffPost by email. “We deliberately took this approach to ensure that the insights from the report were feasible for business.”

According to the report, these global shifts would have the bulk of their impact in developing countries — over 90 percent of the forecast job creation would take place on the continents of Africa and Asia due to the large share of arable land and high future consumption growth, Thompson said.

But there are significant opportunities for the U.S. to seize as well.

The three top areas for possible economic growth tied to a more sustainable food system in the U.S. are largely focused on the consumption side of the food value chain — reducing consumer food waste, reformulating food products to be healthier, and helping consumers switch their diets away from resource-intensive products like beef and toward other proteins like poultry, pork, fish and vegetarian diets.

There are already promising examples of the sort of sustainable practices the commission would like to see other industry leaders emulate in play throughout the world.

One of them Thompson named is Winnow, a London-based startup that is battling food waste through a “smart meter” that connects commercial kitchen operations to the cloud and allows chefs to record and analyze all the food that doesn’t get put to use.

Chefs then use that information to tweak their production practices and reduce their kitchens’ food waste by 50 percent or more. The company’s work was recognized with a Guardian Sustainable Business award earlier this year.

The key, Thompson argues, to harnessing the impressive windfall they’ve forecast will simply be scaling up ideas like Winnow’s kitchen meter. That will require buy-in from a broad swath of businesses and consumers alike.

BSDC chair Lord Mark Malloch-Brown told HuffPost by email he is hopeful the research presented in the report should help industry players connect the dots.

“It will require hard work by individual entrepreneurs and companies to translate this into specific businesses that earn financial returns in line with the economic opportunity we have identified,” Brown, former UN deputy secretary-general, wrote. “That’s hard long-term work but what we have sought to show is that the prize is worth the effort.”

Still, businesses have been slow to take action toward achieving the SDGs and consumers also appear skeptical, according to recent surveys.

According to Thompson, though, we don’t have much longer to wait before taking action toward meeting the world’s increasing food demands, which the UN has warned will grow by 60 percent in 2050.

“The challenges facing the food system in a ‘business-as-usual’ scenario should not be underestimated,” Thompson added. “Addressing the current undernourished population and the rapid demand for food and feed – and competing demand for fuel – will require a radical rethink of past practices.” 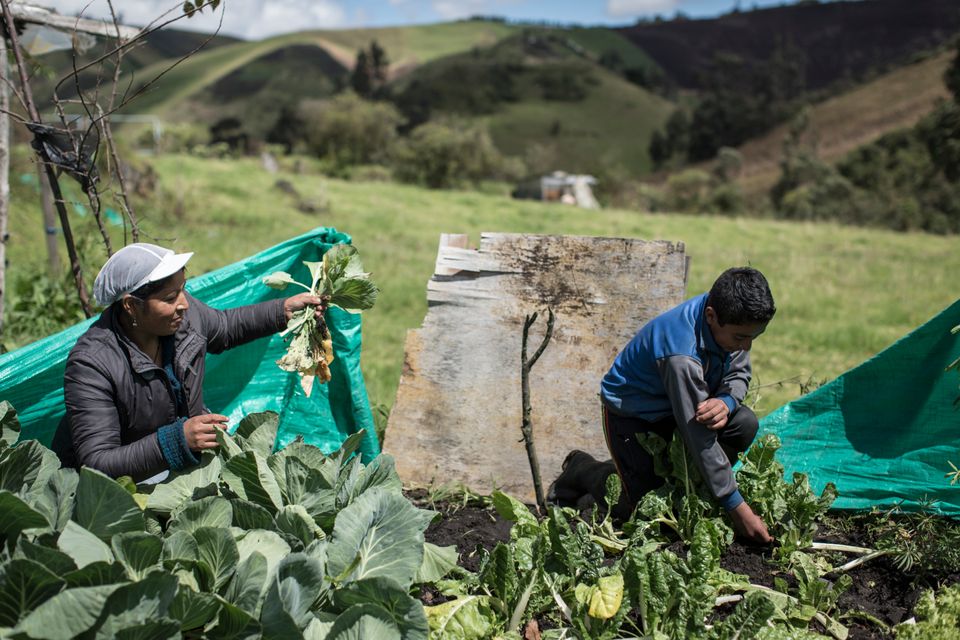