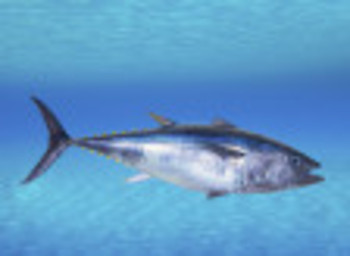 Right now, we humans are creating the biggest experiment of all time. We are experimenting with our oceans, with our fisheries, and with our climate.

We see a plethora of fish and shellfish. We see the beautiful flaky whites, The thick fatty orange salmons, and the deep red tunas. We think nothing of it. Because they've always been there.

But, this will not always be the case.

Read the book, or watch the movie "The End of the Line" or "Racing Extinction." These movies highlights the plight of our oceans and their wildlife. In fact, the United Nations Environmental Programme and Food and Agriculture Organization, report that we are running out of fish. We have overfished or overexploited more than 80% of our fish stocks. We are running down the foodchain of fish.

We started out with the really big ones, the bluefin tunas, the swordfish, the groupers, the cods. Fisherman used to catch them when they weighed close to 400kg (~900 pounds). Now when they're caught, sometimes they barely weigh a quarter of that.

They are being caught younger and smaller. Even too young to reproduce. In fact, a number of the species have been declared as critically endangered and threatened with extinction by the International Union on the Conservation of Nature (IUCN). Metaphorically speaking, eating these fish is like eating a rhinoceros, an elephant, an orangutan, or a cheetah.

And, while we may believe that consuming farmed fish is a more sustainable and ecological choice, and many groups are bent on convincing us of this, in many instances farmed fish are even worse for the environment.

Farmed fish not only harbor pests, diseases, require specialized dyes in chemicals in their feed; but, they in fact consume more wild fish then they create in flesh.

It takes approximately five pounds of wild small fish such as herring, menhaden, or anchovies to create one pound of salmon, a predatory fish. Not only that, but the proportion of the healthy omega-3 fatty acids found in salmon is lower pound-for-pound than it would be simply in the smaller fish.

To further exacerbate the issue, medical institutions and nutrition establishments continuously recommend people to take fish oil. But, this also, is not sustainable. In fact, current statistical analyses and estimates indicate that in a "business as usual" world, we will run out of the fish we eat by 2048. That means, no more tuna, no more salmon, no more sushi. We are simply taking the fish out of the oceans faster than they can reproduce. We are simply consuming fish at rates that are too high to be ecologically sustainable.

Therein lies the rub. There are groups that advocate for consuming sustainably-grown fish; either wild or farmed. But the fact of the matter is, it's near impossible to grow or to take a fish in a sustainable way. In a way, nearly every fish humans eat is threatened with extinction.

1. Never order bluefin tuna. It would be akin to eating a rhinoceros.

3. Skip that fish oil. You don't need it, there's no real benefit, and you can get those healthy oils from other foods including algal oils, flaxseed, seeds and nuts.

4. Ask your grocer where they source their fish. Confirm that it is not an endangered species simply renamed for marketing purposes.