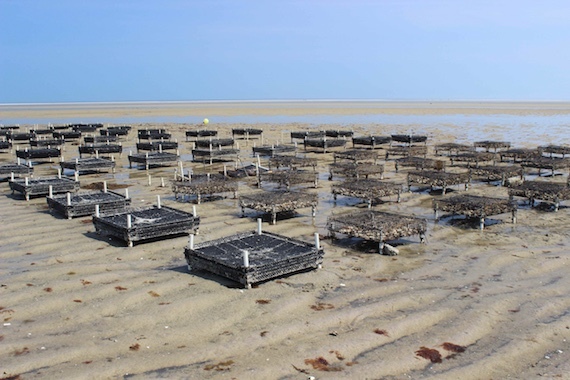 As a benefit to human and environmental health, sustainable and not linear fisheries must be employed to feed a shrinking world. We must utilize economic stimulus, more regulation in developing world fisheries, and a higher barrier to entry for susceptible categories of farm raised fish to preserve sea protein as a cornerstone of survival. The window to act lies squarely in our laps despite the recourse, potentially catastrophic, being primed for adoption by our kids.

2.9 Billion people around the Globe are reliant on seafood as a main source of nourishment. Now, fished at unmitigated scale - the same practices used in harvesting this crop from once bountiful Oceans are depleting stocks and biodiversity at an alarming rate. The backlash to this will have drastic impact on us in the United States whether you like it or not! This production model of food is not much different than the hunter-and-gather approach employed by our a primal ancestors. Not many give thought as they wolf down their sashimi that fishing the Oceans has seen limited large scale systems innovation, and is based the falsehood that Oceans are an inexhaustible resource. Modern fishing technologies focus on easier and faster methods to take, but not replenish a required ecosystem balance that depleting practices have greatly disrupted.

Overexploitation is a constant for in global fisheries for how long? In 2012, 80 million tons of sea protein was landed, and but a fraction was replenished through our assistance. The solution is pretty straightforward - despite being a monumental task. We must partake in being part of natural order by giving back to the sea simply so it can continue to sustain our species, and more broadly, to maintain a stable environment. Long horizon economics present a pretty clear value proposition. And, similarly to addressing climate change and sea level rise (directly correlated initiatives to sustainable fisheries), if we do not heed the warnings we're destined catastrophic backlash of epic proportion. But, there's opportunity to better connect immediate impact to economic stimulus through focus on a Blue economy streamlined in the developed world. The only future for future fisheries is a more sustainable one, and that must now be instigated by us; it's mankind's duty and opportunity.

In 2010, a significant threshold was crossed when more than 50% of total fish consumed was farm raised. With total volumes doubling since the mid-90s - the virtue of this is a bit of a falsehood often used to justify broader unsustainable methods in all sea protein production. A large portion of farm-raised come from pillaging natural fish stocks of young and/or roe without replenishment with diverse ecological footprint. What's proving worse, the vast majority of feedstuff provided to these farm raised fish, especially those higher on the food chain, come from detrimental fishing practice with no mind of sustainable practice in feeding carnivore, omnivore or herbivore alike. Furthermore, the vast majority of fisheries and hatcheries farm raising sea proteins employ deplorable and unhealthy living conditions for the fish they raise.

Equivalent to terrestrial animal CAFO (feedlot environments) conditions, fish live in disease infested waters teeming fecal matter and no biomimetic method of cleaning. Instead of evolving the system to make living conditions better and healthier for the animals - fisheries and material providers have instead focused on using antibiotics or genetic engineering to build resistance to current unhealthy farm environments. Similar to the concept of OneHealth discussed in the Resilient Agriculture section, even if the inhumane treatment of fish is not top on your priority list - since we are what we eat - you should care about the integrity of the stock, and equally how that protein is raised as it has immediate impact on your wellbeing.

Embracing our mounting waste-streams and that of the imprint on planetary boundaries through changing shortcut practices putting us in harm's way in the first place, we must adopt an evolution in fishery practice as a necessity. If not, markets reaching globally will lay witness to the impact of diminishing ecological capacity and environmental instability on polluted or sterilized waters. With this as an inevitable reality to be incurred within the next few decades, and probably expedited if generations to come continue with our business-as-usual approach, it's nearly impossible to call the current broadly used sea-caught and farm raised models a sound economic play.

Hailing from the Northeast United States, I live in a bellwether of global sustainable fisheries. But even there, where only 10% of seafood consumed in the region comes from local waters, there's immediate opportunity to decommoditize sea proteins coming from the thriving waters of the North Atlantic. Ripe and ready for new business and technology, focus on a better and future Blue Economy that services the 35mm populous of New England and New York already increasingly engaged in the provenance of the food they consume is a pragmatic model to gain more attention to the importance of sustainable fisheries. Methods of sharing best practices and developing greater mindshare through economic development affords insight in dealing with the inevitability on a shared horizon. Effectively, how we sustain ourselves on a shrinking planet needs numerous perspectives, but creative economic drivers now will have broad impact on future sustainable seafood production continuing to feed half the world's population.