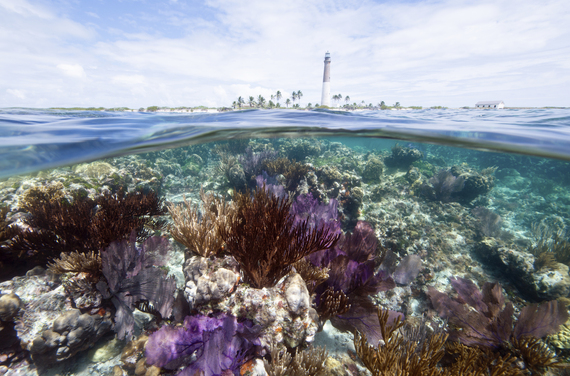 That's the idea behind an emerging Nature Conservancy (TNC) strategy led by Maria Damanaki, TNC's new Global Managing Director for Oceans. Blue Growth by Design--which she and I are discussing this week at The Economist's World Ocean Summit--incorporates conservation principles into ocean development plans to ensure growth in marine and coastal regions is sustainable.

Maria brings to TNC more than 30 years of public service in Europe, most recently serving as the European Union Commissioner for Maritime Affairs and Fisheries, a role through which she worked toward marine conservation and sustainable blue growth.

I am delighted to welcome Maria to TNC. She and I recently discussed her views on marine conservation and sustainable ocean development. 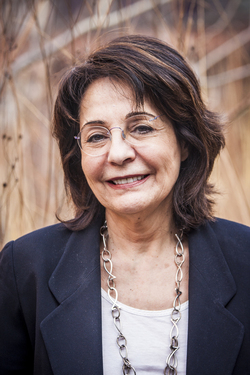 Tercek: What led you to marine conservation? To the Nature Conservancy?

Damanaki: I was born on an island and spent most of my life next to Mediterranean. The sea is the background of my whole life. I was lucky enough to serve as a European marine commissioner at a very critical period for European seas and oceans. I was able to introduce a new sustainable fisheries policy and the blue growth agenda. And all this thanks to the support of concerned citizens and conservation NGOs.

So the conservation world was very familiar and challenging for me after ending my European mandate. And TNC was my choice as a global opportunity because of its huge capacity, but mainly as an opportunity for action. You--we--at TNC are great doers. So ideas and tangible results drew me here. This is the best!

Tercek: What are the biggest threats to our oceans? The biggest opportunities?

Damanaki: The biggest threat today is human activity when uncontrolled, unregulated and unsustainable. Human activity can also be the best opportunity for healthy seas and happy people if regulated, controlled and inspired by sustainability.

Tercek: At this week's World Ocean Summit, we're hearing a lot about the blue economy and blue growth. How would you describe those in layman's terms?

Damanaki: Some years ago, these terms were completely unknown. They're becoming familiar to our ears as humanity is turning to the oceans for food, energy, transport, leisure and supplies. We are rapidly exhausting land resources--now oceans are the next target. I hope that now human beings are wiser to avoid the mistakes of the past. Blue growth--development in the oceans--is happening anyway. It has come to stay because it corresponds to human needs. Blue Growth by Design is TNC's target. It brings the conservation voice loud and clear to this reality.

Tercek: What major takeaways do you expect from the summit? Any major breakthroughs?

Damanaki: I have followed these conferences in the past, and it is obvious that interest is increasing. I expect the big takeaway of this summit will be the emerging alliance between public authorities, corporations with sustainable practices and NGOs for promoting sustainability.

Healthy oceans and investments for growth and jobs can coexist. This is a sign of hope for the coastal areas and marine zones where much ocean development has already happened, and for the 64 percent of the ocean that is beyond national jurisdiction, in a complete limbo of governance. At least we know more about the problem now.

Tercek: Give us an example of sustainable blue growth in action.

Damanaki: Our work in Grenada, Saint Vincent and the Grenadines in the Eastern Caribbean is a good example. We are building coalitions with government agencies, local NGOs, the Red Cross, insurance companies, scientists and local communities to map the ocean wealth of these islands, to plan for the use of sea space and to implement solutions that include nature and will help communities be more resilient to climate change. Solutions that can support the local economy and be sustainable. This is Blue Growth by Design.

Tercek: How can we scale up that kind of win?

Damanaki: We are working to apply similar approaches for Blue Growth by Design in other areas where we work, like Indonesia, Palau, Peru, Mexico and the U.S., and expand to new possibilities in places like China or Australia. We must be sure we can finance this transition to a sustainable blue economy and so are implementing new financial tools with NatureVest, like the debt-for-sustainability swap in Seychelles. Scaling up good ideas is our challenge now.

Tercek: You've broken down a lot of barriers. You became the youngest-ever member of Greek Parliament and the first woman to lead a political party in Greece. Here in the U.S., conservation is primarily old, white and male. How can we diversify the environmental movement?

Damanaki: Well, recognizing the problem is the first step forward. I'm happy that you, the TNC president, are raising the issue. I think that we at TNC have to be more open to the outer world. No doubt that we have the size and the capacity to change a lot. But we also have to be willing to allow our own change. Resistance to change is the big enemy for the big and strong.

Tercek: I admired your leadership as European Commissioner for Maritime Affairs and Fisheries. What are you most proud of? What do you wish you'd done differently?

Damanaki: Thank you for saying that. I am proud of tangible results. When I took office, only five fish stocks were fished sustainably--now we have almost 30.

If I had the opportunity to do it again, I would have established my alliances from the first year--alliances with the conservation world but also with international partners like the governments of the U.S., Japan, China and Australia. I had the illusion that the European Union was strong enough to deliver changes. But the deep sea fish problem is still there. I failed to tackle it. Europe was too small for it. I recognized that during the second year of my mandate.

The ocean is bigger than all of us. Nobody can work alone on it. I know that very well now.

Tercek: While studying in Athens, you led the underground student opposition of the Greek military junta. How did that experience shape your life? Your work?

Damanaki: Well, I was young enough to take risks! I was lucky enough to be at the right place at the right moment and have hundreds of young people doing the same. I was not acting alone. That's why we were successful, though we had to pay a hard price in exile or prison. These difficult times gave us a good lesson: to be patient about big changes. They have their own pace, so if you are not going against nature, history and common good, then sooner or later, good things will come.

Mark Tercek is the president and CEO of the Nature Conservancy and author of Nature's Fortune: How Business and Society Thrive by Investing in Nature. Follow Mark on Twitter @MarkTercek.