Responsible tourism "2.0" -- in a Collaborative Conservation effort with other stakeholders -- has a major role to play in securing the world's iconic wildlife species and its most precious natural habitats. Here's how.

Governments of many African countries have committed large tracts of their homeland to the conservation of nature and wildlife -- at high opportunity costs to their electorate. Abstracting from their capacity to deliver, it would be a lot to ask of these same governments to also pick up the full tab of the management of these resources for the greater good of humankind. Whilst it is unrealistic to think that small eco-tourism enterprises can take on this burden alone, they do have an important role to play. 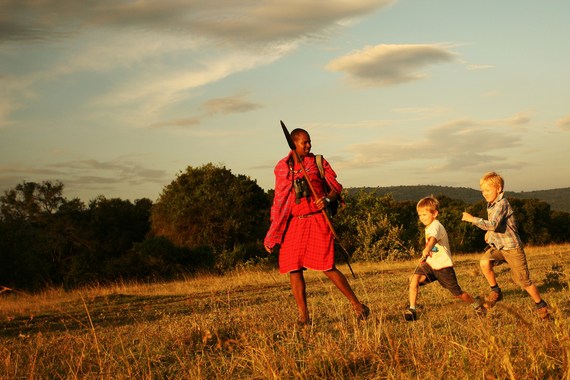 The allure of tourism in Africa followed in the wake of the romanticization of the steely-eyed great hunters like Frederick Selous and Ernest Hemingway, who fearlessly faced charging elephants and savage lions. Fortunately for Africa, the emphasis shifted over time from shooting animals with rifles to shooting them with cameras -- making tourism, in principle, a sustainable activity in terms of protecting Africa's natural heritage for the appreciation of future generations.

Over the decades, the local population and growing tourism industry began to share their presence in these protected areas with additional players, including a host of NGOs aimed at research, conservation and community development and media companies covering the splendour of Africa in magazines, TV and the occasional feature film. Whilst all depend on the sustenance of the resource (and to a lesser degree, exist with the aim of protecting the resource), these various stakeholders typically acted as 'silos' -- failing to see each other as crucial allies in the battle to conserve humankind's most precious natural resources.

In the last decades, tourists have still been able to marvel at the 'Big Five' in Africa's most visited wildlife parks, masking -- to the large public -- the fact that the numbers of key wildlife species were decreasing rapidly during this period. However, with the exception of a few key species and a very small number of well-protected areas in countries with low population pressure, all iconic wildlife species and key natural habitats are currently under threat. It is clear that the situation of the various conservation players acting in 'silos' is an insufficient counter-balance against the powers that deplete the natural resources. 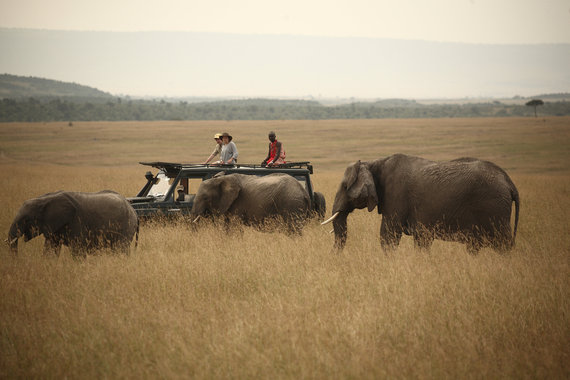 The way forward to protecting the world's most important natural areas lies in a "Collaborative Conservation" effort: forging long-lasting bonds of cooperation between the 'silos' or stakeholders. Empowered local communities that profit fairly from the use of their land and participate in the economies created are the starting point. The tourism industry has a big role to play: most importantly, it is the commercial engine that helps to build an economy and provides real career opportunities in a commercial environment. Tourism companies can -- and should -- mobilize public appreciation and financial resources for conservation and community support from its client base. With its deep roots in the local areas and communities it can provide logistical support to media efforts as well as 'outpost' research, conservation and community efforts. Responsible tourism is the way out -- instead of the problem -- in many areas where there is human/wildlife conflict. It can achieve models of land management that are compatible, instead of competitive, with traditional forms of land use by pastoralist communities such as the Maasai people surrounding the Maasai Mara in Kenya (see, for instance, www.maranaboisho.org).

In turn, research -- on top of its traditional roles -- can support the income and development that tourism brings by mobilizing their community (universities, zoos, museums) and support base to travel to the places that need tourism. Media (especially TV) can support the protection of crucial, but lesser-known natural habitats, by creating publicity (and thus a brand and demand) for these areas. Governments, NGOs and private philanthropists should step into areas that can't be protected on commercial terms, or where the community and conservation payments generated by tourism collapse due to external circumstances (such as the recent decrease of tourism to Kenya as the result of localized security incidents).

The odds may be stacked up against protecting the world's most precious natural areas and wildlife species: they are classical "common goods" in economic terms, and are located in countries that are not able -- nor should be expected -- to protect these resources by themselves. Add to this the realities of population pressure, poaching, political instability, and rational or irrational fear of travel to Africa (e.g. cancellations of travel to East Africa due to Ebola in West Africa However, progressive and innovative tourism -- Sustainable Tourism 2.0 -- that works in a "Collaborative Conservation" effort with its partner-stakeholders to protect the world's most precious natural resources, has a realistic chance to beat the odds in many of the world's crucial areas of bio-diversity.

impactThe B TeamTravel Next
Go To Homepage