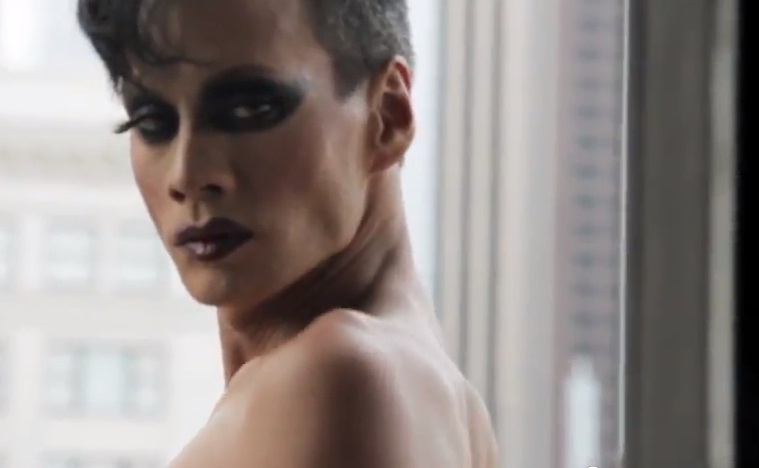 Raja, real name Sutan Amrull, winner of Season 3 of Logo's RuPaul's Drag Race, is delivering the long-awaited follow-up single to "Diamond Crowned Queen." The new single, released on Citrusonic Flavor Recordings, is called "Sublime." Raja teamed up with music producer and recording artist Sir Paul for the track, and the music video was directed by Andreas Anastasis, who has directed music videos for Moby, among other musicians.

How did these three find each other? Raja explains, "I am constantly amazed at the powers of technology and social networking. I met Sir Paul via Twitter, and the magic was immediate. Paul loves music as much as I do; his passion is infectious and inspiring."

Anastasis adds, "Sir Paul introduced me to Raja, and I got to know Sutan while they were recording in New York City. I wanted to play with the two personalities a bit." Of the collaboration, Anastasis says, "Sutan is such a talented performer and actor, it was really a joy to work with. She understood and gave so much to my vision immediately. It was sublime, really."

The video opens on Hollywood Boulevard at sunrise, when Sutan awakes awakes from a night on the Walk of Fame and strolls to a nearby apartment, where he is greeted by his drag persona Raja, and the two begin a romantic interlude. "It's sort of twisted, kind of incestuous and very visually entertaining," Anastasis chuckles.

One of the final images includes an homage to cinematic icon Marilyn Monroe. "She was a Gemini like me," remarks Raja. "She embodied the duality of Gemini to me. I pray to her often, like a saint."