At this time of year, you might be tempted to draw up a long, overwhelming list of goals for the coming months. Fortunately, there's an easier way to put your best financial foot forward: If you can avoid a few common money missteps, you'll be on your way to a richer 2014 and beyond.

You'd like to save more for retirement, increase your emergency savings and pay off your credit card debt. But no matter how much you want to do the right thing, you find yourself spending your cash as soon as you earn it. Here's an easy fix: Automate as many financial decisions as possible. Have the bank transfer a set amount every month from your checking account to your Roth IRA and savings accounts, and set up auto-pay for your credit cards. (Be sure to submit at least 10 percent more than the minimum due to pay off the principal sooner and limit interest charges.) The less you have to think about how to spend every dollar, the more likely you are to spend wisely.

Cash -- in savings accounts, short-term CDs or money market deposits -- is great for an emergency fund. But to fulfill a long-term investment goal like funding your retirement, consider buying stocks. The more distant your financial target, the longer inflation will gnaw at the purchasing power of your money. What you can get for $100 today will cost nearly $200 in 20 years if inflation averages 3.5 percent. Long-term investments that currently sit in cash accounts are likely earning less than 1 percent interest -- that's not nearly enough to beat the inflation rate.

Consumer auto research firm Edmunds.com estimates that Americans brought home 15.6 million new cars in 2013, the most since 2008. What worries me is that one in four of those cars was leased. If the lessees are rolling into a new contract every three years -- as many are -- they're going to be making monthly payments indefinitely. If you're shopping for new wheels in 2014, don't lease. And when you buy, get a 36-month loan, even if the dealer offers 60 months. Your car is a depreciating asset. Borrow the smallest amount of money possible and pay it back as soon as you can.

It's normal to think about the future by focusing on what's just happened rather than what took place in the past. But this tendency, called recency bias, could put your financial well-being at risk. During the 2008 recession, for instance, spooked investors quickly pulled billions of dollars out of stocks as the economy tanked; many of them didn't reinvest their money in time to enjoy the market gain that followed -- more than 150 percent since early 2009. When current events tempt you to make a hasty decision, remind yourself that market shifts, however unnerving, are temporary; the potential for growth is long-term.

Time is key to building your financial security. Let's say you start saving $200 a month at age 30. You could amass more than $398,000 (assuming an annual return of 6 percent) by age 70. Wait until 31 to start, though, and you'll have about $25,000 less. That's the power of compounding. This concept works in reverse with loans. Spend 30 years paying off a $300,000 mortgage at a 5 percent rate, and you'll owe nearly $280,000 in interest charges. Send one extra payment a year, and you'll shorten the life of the loan by more than four years while saving nearly $50,000 in interest. When it comes to tackling your financial goals, whatever they might be, there's no time like the present.

Suze Orman's latest book is The Money Class: How to Stand in Your Truth and Create the Future You Deserve. Submit your most-pressing money questions to Suze here. 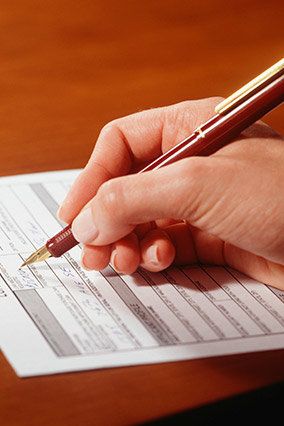 1 / 6
Old Lesson: Pay Off Your Mortgage ASAP
Here's what I've been taught about money: It's not good to be in debt, and therefore it is good to pay off debts as quickly as possible, including a mortgage. Turns out, this conventional wisdom is a holdover from a different time. Carmen Wong Ulrich, the president and co-founder of <a href="http://www.altawealthmanagement.com/" target="_blank">ALTA Wealth Management</a>, told me: "People think that it's a good idea to pre-pay a mortgage and/or pay a mortgage off ASAP." What's wrong with that? "This advice comes from a previous couple of generations who had horrible interest rates on their mortgages," says Ulrich. "In the 1980s, the average mortgage interest rate was in the teens. Imagine: My dad, who had great credit, was paying 17 percent on his mortgage. That's expensive. Today, mortgage rates are at incredible lows -- you should be in no rush."
Thinkstock