How I Gained It: Growing up, I had always been somewhat larger than my classmates, but I was very active. I rode my bike all over my university twin cities, walked and every summer I could be found swimming laps at my local pool. It was not until the age of 16 when I started to drink alcohol and eat more that I started to gain weight. Up until I was 38 years old, I binged on alcohol and food and I stopped being physically active. I attribute most of this to emotional issues of being bullied throughout school. The alcohol and food were my way to numb the pain. By 2005, when I saw a psychiatrist who had a digital scale that went up to 500 pounds, I weighed in around 460 pounds. I remembered just how close to 500 pounds that was, thinking if I were to even try to do anything about it, it would take a lifetime. By 2008, over time I got down to 430 pounds, but not purposely. I imagine it could have been mainly water weight.

Breaking Point: At the start of 2008, my mother would often say to me, "When it gets warmer, you and I are going to start to go on walks, even if it is just to the corner and back." I would laugh off the idea, because at that point, the thought of exercise was out of the question. It wasn't until June 14 that same year that something within me snapped. I said to myself, "I am not having anymore of this. This time, I will lose the weight, and it will be successful." So that day, I did only what I knew I could do: I walked, and barely even that.

How I Lost It: That first day I walked, I could only go for a few blocks: 0.4 miles. But I knew if I stuck to it daily and added distance, I would be a success. Each day, I ventured out further until by my sixth week, I was walking two miles, twice a day. I had to put out of my mind the thought that people passing by in cars would yell obscenities while I walked. I cringed every time a car passed, but no one ever made fun of me during the whole time. In the meantime, I also radically changed my eating habits. I stopped eating at buffets and fast food places and prepared my own healthy meals.

On July 31, I had to put those same worries of ridicule out of my mind when I joined my first gym, just a mile away. At that gym, I started on Nautilus machines, building strength throughout my body. In February of 2009, I hired my first personal trainer who trained me to do traditional weight lifting, but it was not until August of that same year when my cardiovascular fitness was ramped up even more. I hired another trainer who had me doing cardio kickboxing with him as well as high-intensity interval training, core and stability work and at other times, very heavy strength training.

The weight was shedding off of me and I was becoming stronger. I had him for exactly a year and then went on to have an abdominoplasty where excess skin in the abdominal region is removed. I also had hernia repair, so I had to take it easy for over a month. I found it hard to sit still during recovery, but I did and once I eased myself back into physical activity, my recovery went even more smoothly.

That fall, I enrolled at my local college in the kinesiology program. It was my goal to learn more about the body's response to exercise. I am now preparing for my fourth semester, with three very successful ones behind me. In May, I passed the National Strength and Conditioning Association exam for certified personal training. I have a few classes to pick up before graduating and then hope to continue at a four-year university.

If anyone would have told me just over four years ago that I would be certified to train others to become fit or even be fit myself, I would have laughed. It blows my mind when I think of all the physical activity I am now capable of that I was not even before I gained the weight. I can now run, my swimming is better and I have no problem taking 40-mile trips on my bike. Riding against the wind and up hills is no longer a problem. I also have a love for kettlebell exercises. Whereas overindulgence of alcohol used to be my passion, my passion now is staying active. A lot of people who are not even as bad off as I once was often tell me they just cannot do what I have done, and I remind them of where I once was and how I pulled myself together. As a result of my own transformation, I am finding that my friends are becoming more active. While it feels great to be fit, it also feels very rewarding to motivate and inspire others. 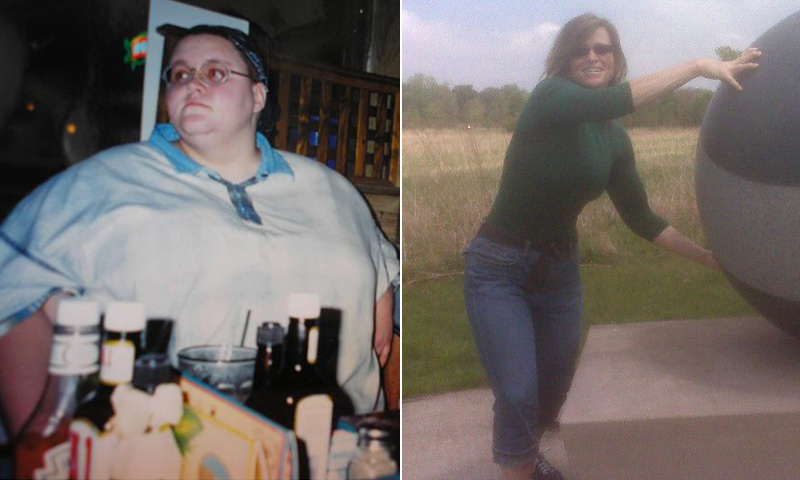