When Svjetlana Tepavcevic stumbles across a seed pod, it's safe to say she sees it differently than the rest of us.

For Tepavcevic, whose worldview was shaped by the bloody struggles of her native Bosnia in the 1990s, each pod contains a realm of possibility, growth and renewal: a microscopic testimonial to perseverance and transformation.

Fortunately for those of us without the gift of artistic insight, in June 2009 she began sharing her unique perspective in a photo series called "Means of Reproduction."

"Life's overwhelming purpose is to reproduce itself," Tepavcevic explained in an email to The Huffington Post. "And... these small seeds and seed pods play such a vitally important role. They are a repository of information, of life's and evolutionary memory."

As she explains on her website, each photo in the series is a reminder of "the massive complexities in nature, all around us, complexities that remain invisible to us."

Those complexities become apparent, though, when the seed pods are captured on a 6400-dpi flatbed scanner and blown up to as much as 60 inches in size. As of this writing, Tepavcevic told HuffPost, she has completed 28 prints -- with more on the way.

"People should take from [the prints] what they want to take from them,” she explained in an interview with Wired.

“But if the works manage to surprise and impart a sense of wonder, discovery and a new awareness -- that there is so much complexity in nature everywhere around us, complexity we do not or cannot observe –– that would make me happy.”

PHOTOS from the 'Means of Reproduction' series, [via Svjetlana Tepavcevic]: 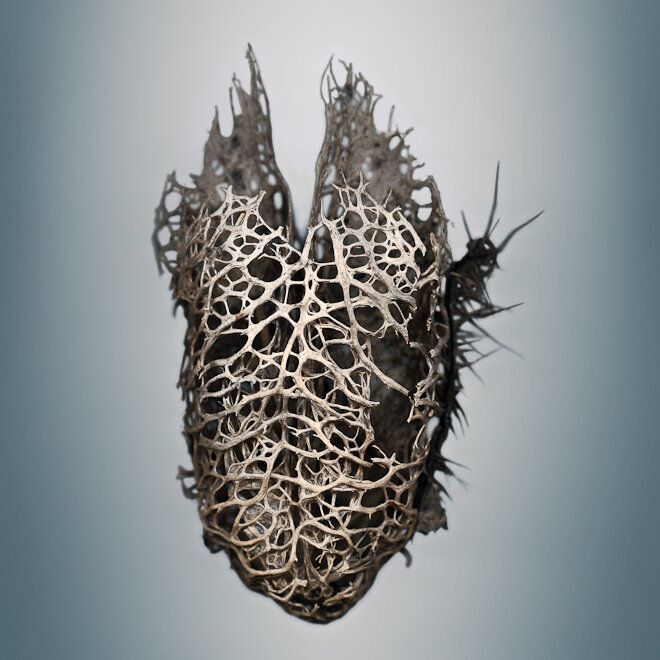 1 / 15
Means of Reproduction no. 615
Svjetlana Tepavcevic