Off Broadway plays can get really weird. Like, watermelon-being-smashed-to-bits-on-stage weird. So when the basic Broadway lineup starts to feel tired, it can be difficult to navigate theater options that extend beyond seeing "Wicked" for the fourth time. Here to help you avoid being needlessly splattered with fresh fruit, we bring you the December edition of our monthly roundup of Off and Off Off Broadway shows.

"Swamp Juice"
Great For: Children, adults who have completely forgotten the pure joy of childhood 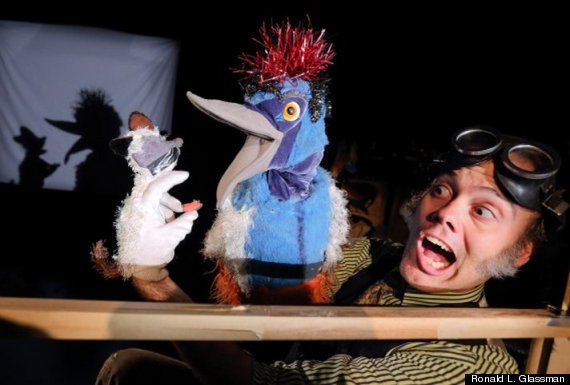 If you are over the age of six, you may well raise your eyebrows at the fact that Jeff Achtem begins communicating with the audience through a series of feral grunts (or at the fact that he looks like he's possibly never brushed his hair and is inexplicably barefoot). Except, the interactive opening is the only part of this kids' show that's solely for kids. If there's a plot, it's best described as a deranged man tormenting slugs and snakes. That does little to accurately explain "Swamp Juice," though.

Achtem works with shadow puppets, weaving his grunt-y presence throughout the story, which he casts first on a projector, and then on the walls of the theater (eventually enhanced by 3D glasses). What unfolds is more about the experience than the narrative. And the experience Achtem weaves with his shadow puppets is so immersive, the only thing more delightfully trippy would be an episode of "Adventure Time" converted into a pop-up book by Franz Kafka after dropping acid.

That's not to say "Swamp Juice" carries no meaning. The dual reality of watching the puppets' silhouettes and the man behind them is infinitely more complex than it might seem in presentation. By the end of the show, the world he has spun into existence carries a message about the big, beautiful power of imagination. Beneath the guttural sound effects -- and extended chase sequence between a bird and a helicopter -- Achtem is intent on telling his audience (or perhaps just reminding them) that they have the power to create anything with their mind.

In performances until Jan. 4 at Barrow Street Theater.

"Too Much Light Makes The Baby Go Blind"
Great For: Tisch Masters candidates who are good at shouting numbers between one and 30 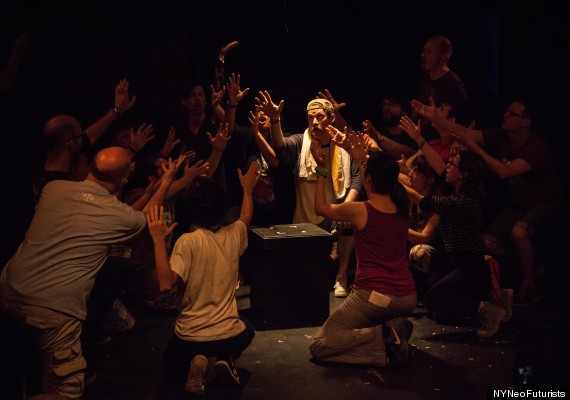 "Too Much Light Makes The Baby Go Blind" is an ongoing inquiry into the nature of performance in defiance of the fourth wall, which has just so happened to include several shows where a cabbage is torn apart and thrown at the audience. (Sorry, can't avoid produce in everything.) Thirty plays are served up on a "menu" and a timer is set as the show begins. The audience yells out the number of the play they'd like to see, and the company hustles through a mix of skits drawn from their lives, with a tone ranging from haunting monologues contemplating privilege to, well, torn up cabbage. A roll of the dice at the end of the hour dictates how many of the plays will be tossed out and replaced the following week. So, if you see this show for a second time about a month later, the wildly talented cast will likely be contemplating racism in America and tearing up a head of lettuce, instead.

In performances at Kraine Theater. 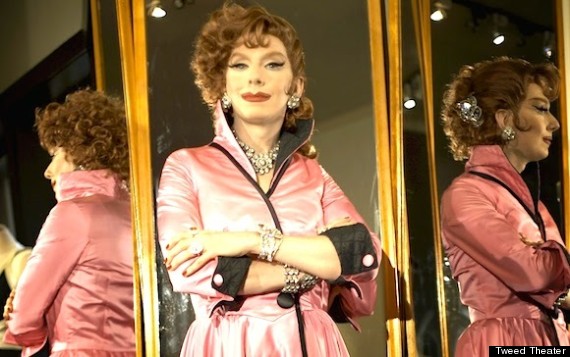 John Epperson hasn't graced the New York stage as Lypsinka in 10 years. After this miraculous trilogy of performances it's as if he's spent the decade inside a cocoon, waiting to emerge as the most flamboyant butterfly the East Village has ever seen. And that's saying something. Lypsinka returns to us now with three shows: "The Boxed Set," "The Passion Of The Crawford" and "John Epperson -- Show Trash."

"Show Trash" is the most out of character. Literally... in the sense that it presents Epperson sans wig and nails. Here he sets to work explaining the birth of his persona in a show that may be startling for his biggest fans, yet perhaps intended for them only. The other two are for anyone who can appreciate some good, old time-y diva worship -- the audience consists of gay men and approximately three old ladies. "Boxed Set" is a greatest hits mashup, set amongst the arc of a woman losing control of the stage. Of course, Lypsinka is in all her glory when she's "singing." But it's in "The Passion Of The Crawford" where Epperson's art winks the most critical fake eyelash at mid-1900's stardom. Epperson so embodies Miss Crawford in an hour-long, lip-synced interview, if you take your grandma to this show, she'll think technology has finally progressed to include affordable time machines.

In performances until Jan. 3 at Connelly Theater.

"Drunk Shakespeare"
Great For: Lit nerds with enough brain cells to afford killing a chunk of them off with alcohol 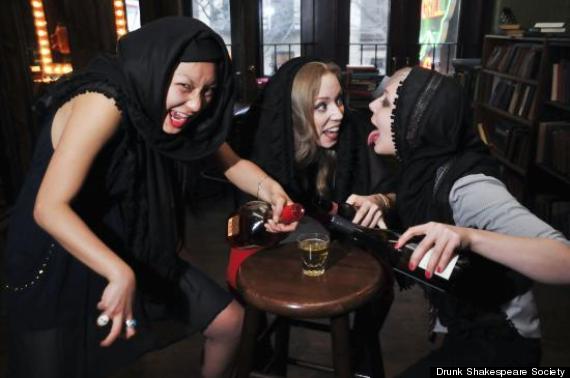 If all the smartest people you know were also Shakespearean PhDs suffering from severe alcoholism, performances by the Drunk Shakespeare Society would probably look like your usual Friday night. Beyond what you might expect from a show called "Drunk Shakespeare," there's a level of hidden brilliance from the actors on stage. Yes, they are binge drinking an impressive amount of booze -- the designated "drunk actor" put back more than seven shots at a recent show. But beneath their rapidly deteriorating livers is a mastery of The Bard that endows the players with the dexterousness to mix the canon with improv, modern commentary and colloquialisms, in addition to all the brown mystery liquor.

In performances until Jan. 24 at "The Lounge."

"Absolution"
Great For: Bankers trying to grapple with the ephemerality of human existence 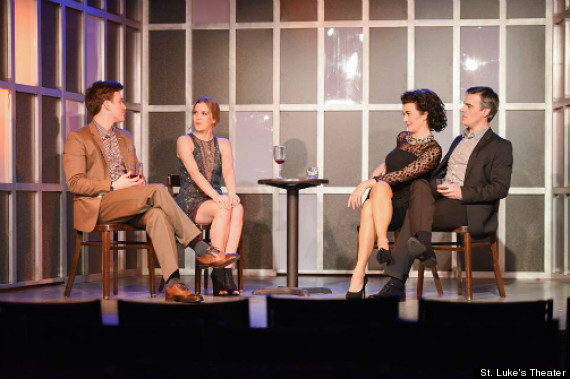 Ok, so this is actually one not to see. "Absolution" tells the story of two couples cuckolding each other in what is essentially Yasmina Reza's "Carnage" set in an office... but without the kids or complex power dynamics (and with some convoluted monologues about the transience of romantic love). "Dark comedy" is not such a good descriptor for "Absolution" unless by "dark comedy" you are simply referring to a show that is not even remotely funny. (There was approximately one total laugh from the audience, and it was an act of charity from a relative of someone in the show.)

In performances for a limited time at St. Luke's Theater.

Some Good Shows That Are Still Playing From The October And November Roundups:
Go To Homepage