If ever there were a more perfect match between philanthropy and business networking, I have not seen it. Swap The Biz is a high-end, red-carpet, business-networking organization that focuses on connecting you socially. They have rewritten the book on networking in general. They want you to 'learn about each other in a humanizing way to develop a relationship into a friendship in order to establish trust and get deals done.' 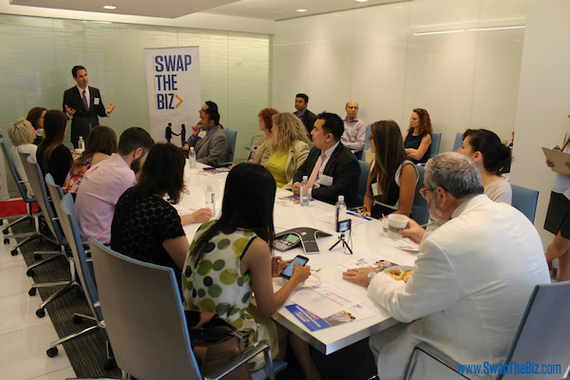 Interestingly, the majority of Swap the Biz members give back regularly
to their communities. Photo: The Stewardship Report.

We can all agree that trust is what we need in business for things to flow. The Swap The Biz philosophy is opposite of most traditional networking institutions that focus on hard selling your business out of the gate. Their focus is on the person - and learning about each other, personally. They are able to do this through the experiential part of their events and their interactive exercises that are socially focused to learn about you as a person.

By design, they integrate humor into everything they do and always keep the audience laughing. This brings down the walls, making it easier to connect and allowing participants to open up. In sales, business, life -- and of course, in networking -- once you have someone laughing, you have won.

Equally important is that they have built a community and defined it by the standards of goodness. They have populated it with business professionals that are motivated by philanthropic endeavors. The best thing here is that when I define 'philanthropic,' it is in actions as well as dollars.

This of course speaks volumes to the character of the Swap The Biz member community in a world that moves so fast and is often defined by having no time. Swap The Biz members have gone above and beyond and consistently give of themselves.

It is these ideals of philanthropy and giving of your own personal time that attracted me to the organization. Not to mention that it is made up of many of the thought leaders in business across all industries. 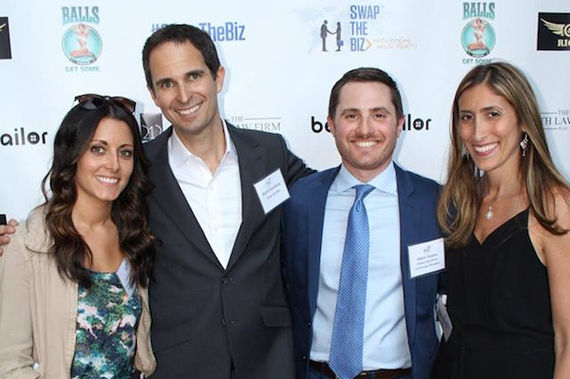 I actually have been so impressed personally that I am now a proud member of Swap The Biz. Let me relay one of our recent meetings to you that I think is markedly appropriate.

A main format of the meetings is to do interactive exercises that are socially focused. As Scott Eisenberg, founder and C.E.O., describes them "the exercises are designed to learn about each other, so that we can humanize the networking... we like to develop a relationship into a friendship which then creates the trust that we all seek in business and then the referrals can just flow and get deals done."

It is almost like Swap The Biz has cracked the code on networking. At most events, people are just focused on the question of "what do you do?" Swap The Biz is focused on getting to know who you are - let's face it: we all connect socially.

At a recent meeting, the discussion topic question posed by Scott Eisenberg was, What philanthropic endeavors are you involved in or would you like to be involved in?

Well, let me tell you - was I impressed and more amazingly none of them needed the second part of the question as they were all doing amazing things already. Dedicating enormous amounts of their own personal time, from creating their own charities to support toys for underprivileged kids and hosting charity events, to tutoring on the weekend to volunteering at soup kitchens, churches and synagogues - and more.

Then there was the Swapgiving event where Swap The Biz supported the organization I founded sixteen years ago, Orphans International Worldwide (OIWW). Then, we were able to match the funds through our foundation, raising even more funds for the charity. Swap the biz could have supported any charity that night but they chose us as it is truly a community organization that really endeavors to support their members.

To get in touch and learn more about how Swap The Biz is redefining "networking" -- and integrating philanthropy -- please check out their website or call 917-306-6618 or email them at Info@SwapTheBiz.com for more details and to attend an event. 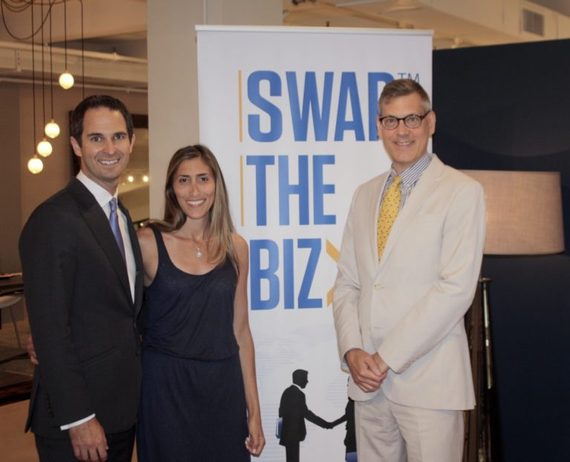 From left to right, Scott Eisenberg, Deborah Eisenberg and the author.
Photo: The Stewardship Report.