Even in 2012, it's a big deal that a young boy dressed up as Spiderman poses with a toy baby carriage in a Swedish catalogue. It's notable that a girl on another page of the same catalogue rides a play tractor.

In a world where major companies frequently make tone-deaf, gender-related missteps -- remember the JC Penney shirt and the petition against Lego's marketing for their "girls'" line called Friends? -- Swedish company Leklust seems to have listened to little Riley Maida, who railed against gender stereotypes back in December.

In the catalogue, Leklust is marketing directly against gender stereotypes, Swedish newspaper The Local reports. 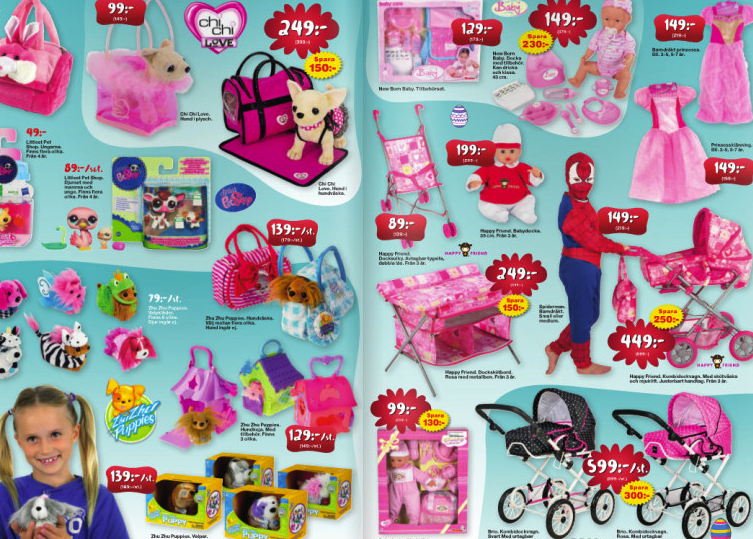 Bloggers, including Natashja Blomberg, a feminist who flexed her social media muscle as the country's official Twitter "curator," started passing around scans of the pages. Now, those images have criss-crossed the globe, and some are pointing to outraged comments on The Local's website as evidence that this is all very controversial.

But compared to other arms of a wide campaign to rid Sweden of gender stereotypes -- detailed in a Slate piece by Nathalie Rothschild Wednesday -- the Leklust catalogue seems tame.

As Rothschild explains in Slate, the Swedes are in the midst of an existential argument about the differences (or lack of them) between women and men. Developments Rothschild highlights include -- most prominently -- the introduction of a gender-neutral singular pronoun, "hen."

Many [Swedes] are pushing for the Nordic nation to be not simply gender-equal but gender-neutral. The idea is that the government and society should tolerate no distinctions at all between the sexes. ... What many gender-neutral activists are after is a society that entirely erases traditional gender roles and stereotypes at even the most mundane levels.

The question of whether or not it's appropriate to raise children in a gender-neutral atmosphere is, of course, far from new. The parents of one "gender-free" British child, Sasha Laxton (now 5) -- who attempted to raise their son free of traditional gender-based restrictions -- found themselves the focus of significant public scrutiny.

On the other hand, Leklust's less radical manipulation of gender norms has won admirers on this side of the Atlantic. Some fans wonder what all the fuss is about. "The first time I looked at the images nothing even struck me as out of the ordinary," writes Jacqueline Burt at The Stir. "Because as every parent knows, little kids don't give a fig if the toy they want to play with is meant for a girl or a boy. I want it, therefore it shall be mine." 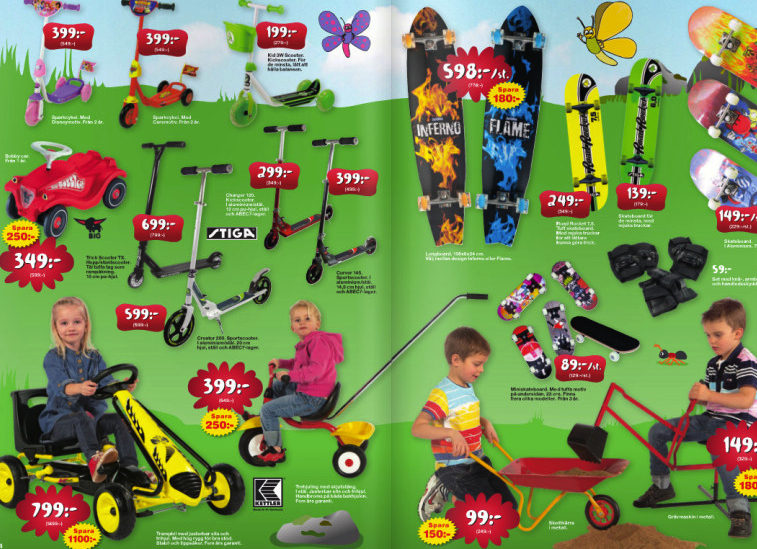 More:
ParentsToysgirls-toysgender stereotypes
Newsletter Sign Up
Raise the kind of person you'd like to know
Subscribe to our parenting newsletter.
Successfully Subscribed!
Realness delivered to your inbox