A handful of cars were torched in Stockholm's immigrant-dominated suburbs early Tuesday but police said the situation had returned to normal after a week of riots and unrest.

"Now we're back to normal. There was no rioting, and only a few torched cars, under 10," Stockholm police spokesman said.

There were no reports of unrest in other Swedish towns either.

More than 150 cars and dozens of buildings have been torched in the past week of nightly unrest, which began May 19 in the Stockholm suburb of Husby, where 80 percent of inhabitants are immigrants.

It was apparently triggered by the police shooting and killing of a 69-year-old resident who had wielded a machete in public.

Local activists said the shooting sparked anger among youths who claim to have suffered from police brutality and racism.

The unrest began to ease significantly on May 24, when police reinforcements were called in from other parts of the country and large groups of volunteers patrolled the streets to deter troublemakers.

Given Sweden's traditional reputation as one of the world's most tranquil countries, the riots came as a surprise to many foreigners.

Among Swedes themselves, the violence sparked debate over the integration of immigrants, many of whom arrive under the country's generous asylum policies and who now make up about 15 percent of the population.

The Scandinavian country has in recent decades become one of Europe's top destinations for immigrants and asylum seekers, both in absolute numbers and relative to its size.

But many of them struggle to learn the language and find employment, despite numerous government programmes. 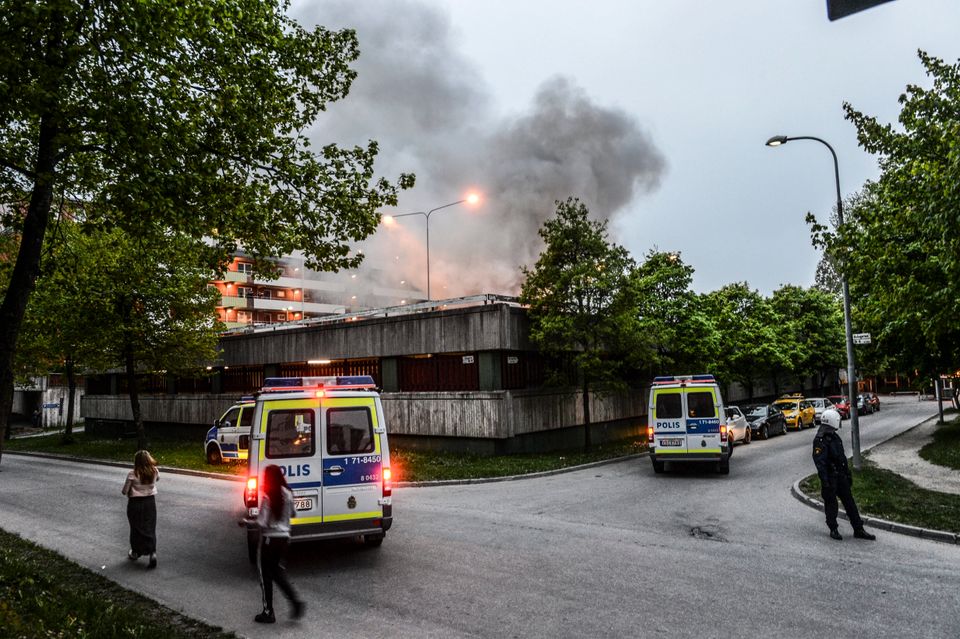 1 / 14
Policemen secure an apartment building after youths rioted in Husby, northern Stockholm on May 20, 2013. Youths in the immigrant-heavy Stockholm suburb of Husby torched cars and threw rocks at police, in riots believed to be linked to the deadly police shooting of a local resident. An apartment building had to be evacuated for an hour during the night after fire spread inside a garage, and shops and schools in the low-income neighbourhood had their windows crashed. (FREDRIK SANDBERG/AFP/Getty Images)
Getty Images