Finally a bike helmet that won't ruin your hair.

After 7 years of what appears to be intense technical research involving a lot of simulated car crashes, two Swedish women are ready to sell their 'invisible bike helmet,' essentially an air bag for bike riders that looks like a chic scarf. Called the Hövding, it's a neck collar that hides an airbag. (h/t Booooooom)

You have to watch the video to be utterly charmed by Terese Alstin and Anna Haupt, who started the project as students at Lund University. The pair was fed-up with regular bike helmets--"They're so bulky. Like a hard mushroom on your head," says Alstin as the pair jaunt around the Swedish city-scape.

Aspiring female entrepreneurs will love their story. Along the way they caught flack from men who wondered how women could invent anything so technical, Alstin and Haupt explain in the video. One guy told them, "get a rooster and there will be order."

Using battery-powered accelerometers and gyroscopes, the collar detects motions typically involved in bike crashes and triggers a gas inflator that fills an airbag with helium. That airbag forms a hood around your head, protecting you from the impact of a crash. Watch the end of the video for some disturbing crash footage.

The price of fashionable safety -- or circumventing the traditional helmets perceived "uncoolness" -- is steep. The Hövding costs $600 and only works once. 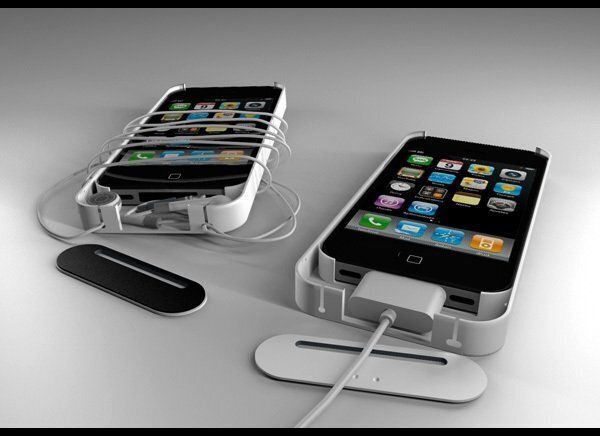