It all started with a dare amongst friends -- who could swim from the California coast to Catalina Island? At just 14 years old, Lynne Cox swam the 27-mile distance between the shores in 12 hours and 36 minutes, beating her two other friends in the process. That was the moment she became hooked on the rush, the challenge, the action of pushing herself beyond limits, both mentally and physically, through long-distance swimming. 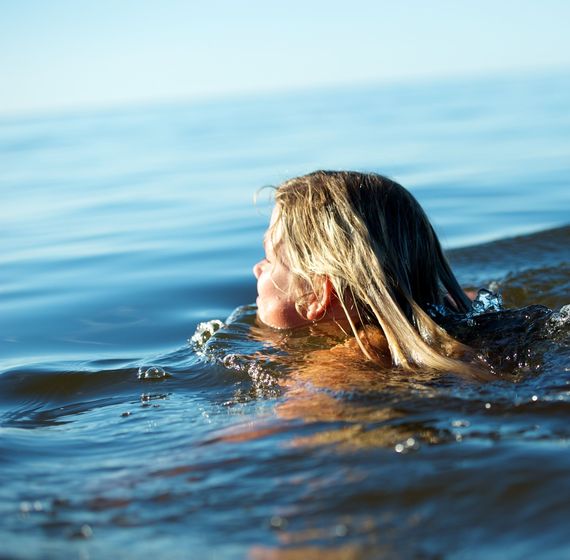 We've all heard these sayings before: "think big," "there is nothing to fear but fear itself" and "follow your dreams," but when I sat down with Lynne Cox to hear her life story, I realized that she embodied all these sayings and more. After boldly declaring that she was going to swim the English Channel, she received full support from her parents, who had her train with Olympic coach Don Gambil, swimming an average of 15 miles each day in preparation. On the day of the big swim, Lynne completed the journey in 9 hours 57 minutes, shattering the women's record by an hour and the world record by 20 minutes -- and she was only 15 years old. Astounded, I asked Lynn how she accomplished such an amazing feat at such a young age? What was going on in her mind? Wasn't she was scared? And if so, how did she conquer that fear? Because the things that one can face while embarking on such long distance swims are no laughing matter.

Imagine plunging into the cold waters of a vast, dark ocean, not being able to see anything beneath you, nor the shore ahead of you, but just knowing the general direction you are supposed to go. Sure, there are team boats near you to guide you on the swim, but they are also only one strong tidal wave away from running you over, or being pushed far away from you so that you remain lost. You feel slimy, slippery life brush against your body underneath the dark water, but there is no time to stop or even think about what those beings can be. You push yourself for seven hours, hoping that the fog doesn't roll in and make you invisible to your lifeline, the boats. You finally catch a glimpse of the shoreline as dawn begins to break, only to see it moving backwards as the current changes, and you realize, you're so very close, but the water has turned against you and you must swim faster and harder than ever to meet your goal on the shore. Imagine all these mental and physical fears, all the while feeling cold, tired, and unsure of what is swimming beneath you. Imagine having all this in your head and still pushing your body beyond its limits in a race against time. How does one deal with such fears that can so easily hijack the brain?

"Reality is you are afraid" Lynn explains. "When you are swimming across a channel at midnight or two or three in the morning and the water is pitch black, you feel things moving underneath you and that can make you so scared. But you have support boats moving around you and when you feel it's wrong, get out. The fear is there to make it safer...but you should be afraid that the fog might come in, that the boats might run you over - those are good fears. Just have a plan, and focus on what you are trying to do. If you focus on the fear, you'll never do anything."

Some fears are innate in our system. If you are walking down a dark alley and you see someone in the corner of your eye, your body's fight-or-flight mechanism kicks in to let you know that you should remove yourself from the situation. So in that sense, some fear is good. But other fears are only in your mind are mental blocks that are in the way of our goals, that tell us falsehoods like we can't accomplish our goals because they are too big, too wild, or too scary. And after you shift your focus from your fears to your goals, what comes next? How do we keep ourselves motivated day after day, especially if our goals are so huge that they will require a significant amount time to accomplish, as well as many "learning lessons" along the way?

Lynne's goal was no joke: breaking a world record. So I asked her, "How do you get into the mindset of breaking a world record?" Not only were Lynne's parents extremely supportive, but she credits all those involved in every step of the process: her parents, her coach, the inspiring swimmers in her training facility, the team that steered the boat alongside her during the swim, the pilot that did the same from the air, and even the fans cheering her from both shores. "When I was training, I was swimming with swimmers from all over the world who were winning Olympic medals and I said to myself: wow, I want to be just like them. It really does matter who you hang out with. Your mindset is determined by the people around you." 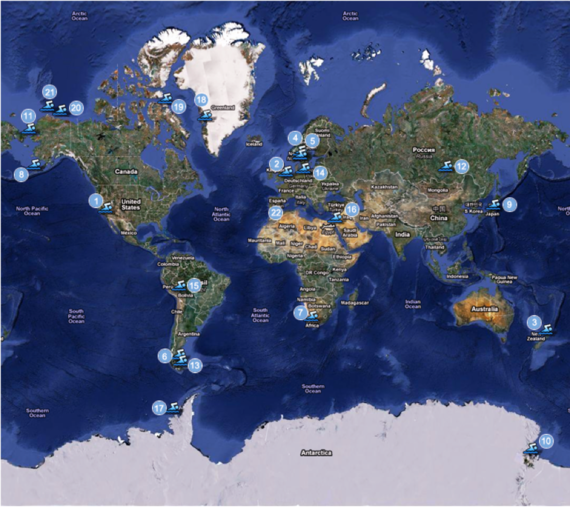 I had to ask, why did she set out to conquer all these incredible challenges? In the beginning, it was not to gain fame or notoriety; it was simply to overcome challenges in the spirit of adventure. Later in her career, as she continued to break records, her mission expanded to swim in the name of opening borders. Not only is Lynne a fearless adventurer; she is also a peacemaker, and her swims between borders have connected cultures and altered the dynamics between countries wrought with tension and conflict. In 1994, she swam from Egypt to Israel and Israel to Jordan, "as a way to celebrate peace in the Middle East," as Lynn describes it. Not only did she have people on all three coasts waiting for her and cheering her, but she also had the support of the governments, as well as the Egyptian Navy and Israeli Navy working together to clear the waters for her swim. "When I finished the swim, Queen Noor wound up having a celebration for us in Aqbar, Jordan, so it was a way to really celebrate the progress and positive stuff going on in the Middle East." The fact that she brought the Naval forces of two formerly conflicting countries to work together to celebrate peace is a remarkable indication of how her swims have brought people together and inspired hope and harmony. Lynne continued to open borders by swimming the Bering Strait, in hopes of fostering communication between the U.S. and the Soviet Union.

I was so incredibly impressed with not only Lynn's accomplishments but also her outlook on life. I asked her what her take-home message was. She answered: "Life is one time. You have to do what you need to do while you are here. People may not understand what you do, and your path may change along the way, but it is incredibly satisfying to set goals for yourself and achieve them." I think what we all can learn from this amazing woman is to live life to the fullest, and not let our illusions of what we think we can or cannot do stop us from achieving our full potential.

To learn more about Lynne's story, you can read her books chronicling her adventures - Grayson and Swimming to Antarctica - and of course, visit her website. If you ever want to try your hand at open water swimming, check out her Open Water Swimming Manual. I also invite you to watch my full interview with her on YouTube, below. Please comment and let me know how this story touched you.