Currently, there are five people in the world who can swallow a blade with a 90-degree curve, but Dai Andrews wanted to stretch things even further.

Andrews hoped to stomach a sword with an even bigger bend of 120 degrees. Doing so would make him one of just two people to master the very bent blade.

He made the attempt for a new series of “Ripley’s Believe It or Not!” that will debut Sunday night on the Travel Channel.

Andrews had his work cut out for him, since he had to bend his body to the sword’s shape to avoid serious internal injuries.

He admitted the pain never goes away completely for sword swallowers.

“But you begin to understand how much of the pain is a mental aversion to the physical sensation,” he told “Ripley’s.” “And when you are able to really be with it, then it will no longer bother you.”

If you want to see whether Andrews bit off more than he could chew, check out the video above. 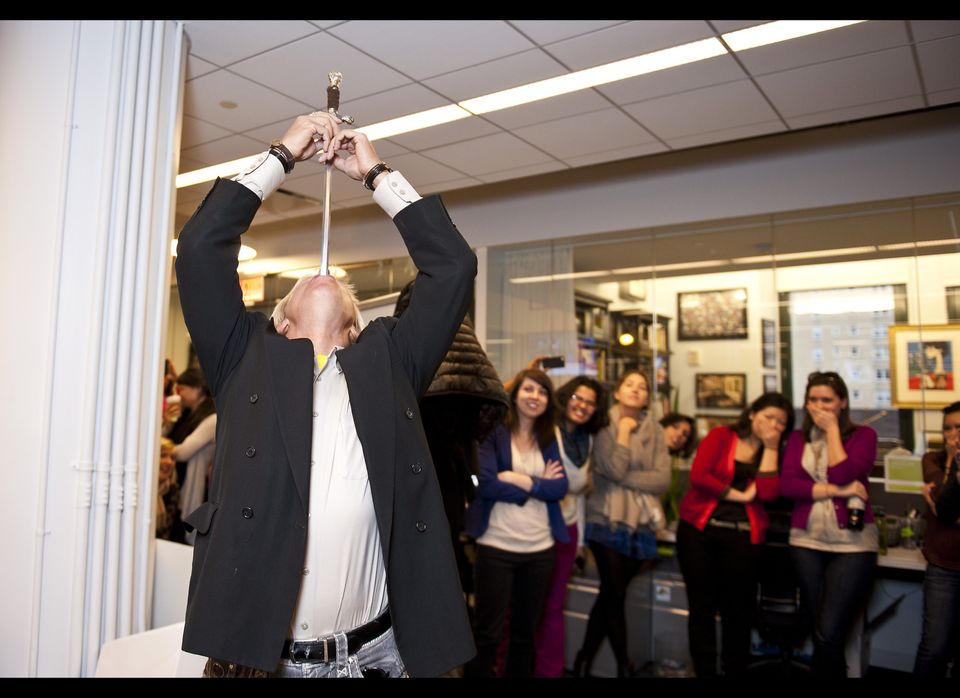