We left our mark on Texas.

From NASA's trippy Hubble Telescope projections to the beats of psychedelic electronic artist, RIOUX, our first ever HuffPost Weird News party at SXSW transported festival-goers to another world.

We kicked off the night with impressive scratching from DJ Tim Gunter and later debuted Illuminode's wearable social technology, which lit up the dance floor with LED-lined skirts and furry headbands.

And it was all to a stellar backdrop of high-definition projections from NASA's Hubble Telescope.

Thanks everyone who came out to the party, and stay tuned for our next event!

Check out the gallery below for photos: 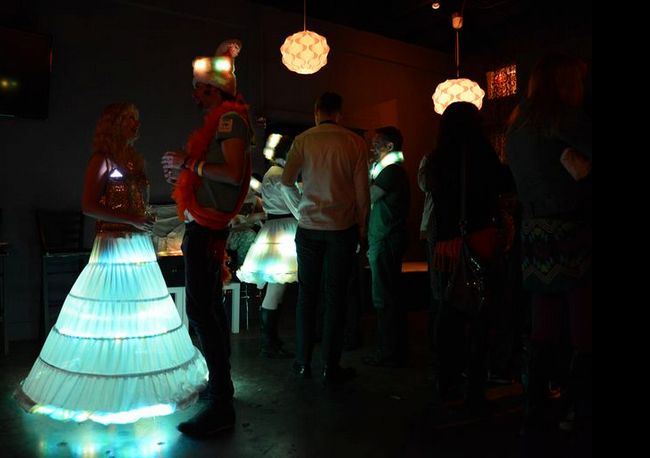