The resounding message from this year's SXSW Music Festival was for musicians and music industry professionals to reinvent or become irrelevant. But this call to action, which was emphasized by diverse music industry leaders from Snoop Dogg to Bob Santelli, does not register with many presenters and practitioners in the world of "classical" music. The classical industry in the U.S. is facing a largely self-inflicted identity crisis that is often driven by poor business management and lackluster programming. This is not the contrived "classical music is dead" quandary that has been debated repeatedly for decades (controversially in Mark Vanhoenacker's 2014 Slate article "Requiem: Classical music in America is dead"). The topic driving the need for reinvention in classical music is audience demographics, specifically the drive to recruit millennial audiences into a concert-going culture very different from what they want in a music experience. The classical industry needs to respond to this call to reinvent: by revamping the classical concert experience to meet millennial demand, offering better price points and taking a long-term audience development approach, it can raise audience engagement and provide experiences that are as interesting and provocative as the new music being composed in every corner of the globe. 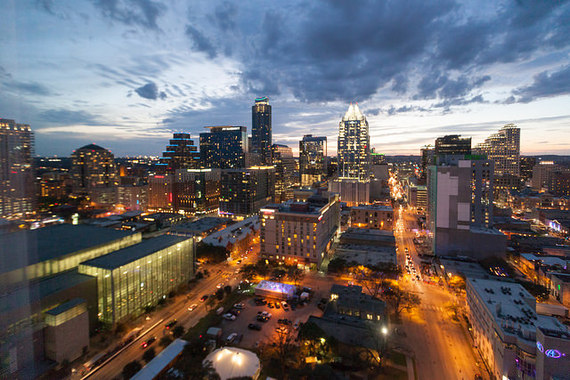 A Harris Poll study released in 2014 demonstrated that 78 percent of millennials prefer spending on experiences over material items. While part of the generation definitely lives on a fixed income, some millennials can and do spend on live experiences. This spending is usually driven by a desire for social interaction. Young people want to spend time with their friends, eat well and experience their locality. Many also obsessively share their experiences in real-time via social media platforms. The classical industry largely misses the intersection between young people's desire for these types of experiences and the conservative concert culture offered in the majority of programming at traditional venues like Lincoln Center, the Kimmel Center and Carnegie Hall.

The classical industry generally accepts the need to supplement their aging and homogeneous audience base by developing new audiences. Having occasional receptions for young professionals will not suffice when it comes to diversifying audience demographics. The industry must reinvent itself as a whole or face becoming stagnant and increasingly irrelevant to popular culture. I am not suggesting that all concert presentations be changed, as there is great value in the traditional format of sitting in a concert hall in silence to hear performances. But if presenters truly want to recruit young people to their audiences they must embrace formats that successfully draw millennials. More classical concerts need to become events where concertgoers can drink, dance and socialize -- in person and online -- rather than consisting of an orchestra performing to a seated, statue-like audience. It is only logical to marry the two types of concert experiences in order to entice new patrons into coming through the door.

One exemplar of adaptation in contemporary classical presentation is the New World Symphony (NWS) in Miami Beach, Florida. NWS has a diverse array of programs that range from Pulse, which fills the New World Center with contemporary music, bars, food and dancing, to mini-concerts ($2.50 per ticket), Wallcasts™ and free concerts. And this reinvention has been accomplished as a supplement to -- not a replacement of -- traditional concert presentations. Other successful models of reinvention include SubCulture and (le) Poisson Rouge in New York City, which bring classical music (and other genres) to underground venues that embrace the informal energy of nightclubs. These venues provide new opportunities for cutting-edge contemporary music to reach audiences. They even encourage posting to social media during performances, rather than forbidding concert-goers from using their smart phones -- as is the norm at most venues that predominantly present classical music. This practice of curtailing the use of mobile devices during shows limits the potential for word-of-mouth event publicity that ultimately benefits venues and performers alike.

My personal favorite model for an engaging music experience that targets millennials is The Night Shift, presented by the Orchestra of the Age of Enlightenment in London and beyond. One of the most famous period orchestras in the U.K. succeeds in drawing young professionals to performances of Baroque and Classical era repertoire. While world-class performance values are at the heart of the events, the concert experience also includes drinks, accessible and interactive introductions to the music, and live DJs spinning popular music in the lobby before and after the shows. The OAE proudly advertises that they have "ditched those irksome classical rules -- so feel free to drink cough, clap or even boo (ok, don't boo), when you like."

The Night Shift from OAE

Events like these go beyond traditional programming formats to draw in younger audiences that may not be connoisseurs of classical music. But by giving them a social experience that they crave, the OAE stands a greater chance of developing the new attendees into long-term, brand-loyal patrons. The first step in building new audiences is to hook them, give them an engaging experience that meets their expectations, and develop their brand loyalty and trust so that they will come to future events -- and perhaps even risk attending unfamiliar (traditional) presentation formats. These elements to building the new audience are simply good marketing.

As classical venues and concert promoters embrace models for engaging the millennial generation, let's all take note of what works and what doesn't. While presenters must be careful to avoid alienating their subscribers, they shouldn't be afraid to innovate and push the envelope in order to attract new audiences. Surely we can all agree that nurturing the future core audience is a fundamental task of subsisting as an industry in the 21st century.