NPR praised The Expanse last year as the best science fiction in a decade for its grasp of physics in a future unlike ours. The characters live two hundred years from now when Mars and the asteroid belt between Mars and Jupiter are restive former colonies of Earth. One example of getting the physics just right: many of the show's scenes are set in space ships where things like weightlessness are perfectly realized down to the smallest detail.

But the best realism in this series may be what's all too similar to our own: betrayal, corruption, greed, aggression, and racism. They play out in the complex interlocking stories of a UN diplomat trying to stave off war between Mars and Earth, a battered PI on a missing persons case that unlocks a horrific biological secret with galactic implications, and a ship captain who starts out as an ordinary Joe but assumes heroic stature when his ship is destroyed and he brushes up against that secret. 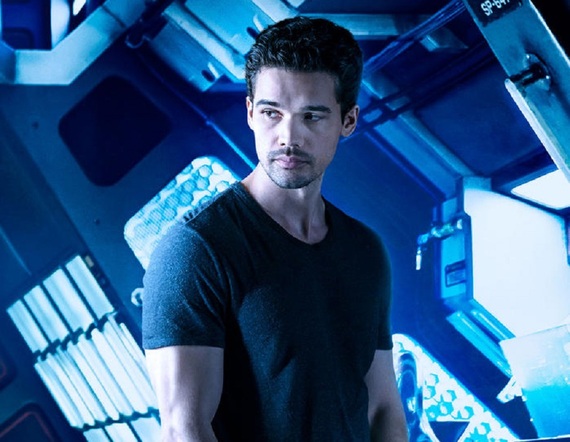 People often dismiss genres like mystery and science fiction as nothing more than escapist entertainment. Best-selling British crime writer Val McDermid once told a spellbound class of mine in a study abroad program in London that there's actually a long history of these genres making profound commentary about current social and political realities. The Expanse is a perfect example. Its gorgeous Season Two trailer asks the perennial question in a time of turmoil: "Which side are you on?"

No matter the genre, the best epics don't just rely on spectacle, they're rooted in human drama, in the emotional reality of individuals struggling to find balance as they hack their way forward through a jungle of chaos and lies. Steven Strait, who some readers might know from The Covenant, is the ideal lead to anchor a story with this kind of scope, playing the part of Captain James Holden with passionate intensity. He makes Holden intimately sympathetic, giving the captain a balanced mix of dignity and vulnerability that's right in line with the character in the books The Expanse is based on. I recently asked him to reflect on various aspects of his work on the show. Here's what he had to say:

LR: Before you auditioned for the part, did you have any preconceived notions of what it would demand of you? And have you read any of the books in the series?

SS: I had read the first two novels before I went in to read for the part, so I had the architecture for Holden's character arc. I wasn't sure exactly how the production was going to match the sheer scale and realism that was emphasized as a cornerstone in the books. No science fiction show of this size and tone had been done on television before, but the prospect of doing something new and ambitious was really exciting to me.

LR: Given that's you'd read those two books, what was central for you in creating Holden on screen? And what did you bring to the ways he's forced to change from being a simple captain of his first ship the Canterbury to a hero and prime mover of the story line?

SS: The key to Holden for me was understanding his empathy and sense of calling. Not in a broad, philosophical way but in a personal one. He was deeply affected by what he experienced with the destruction of the Canterbury. That was the first domino to fall for Holden in becoming a leader. His sense of guilt and responsibility for the death of his friends pushes him to find justice and answers as to why it happened. As he moves deeper into the narrative, and he realizes that what he's chasing effects, literally, the whole of humanity, his sphere of responsibility grows in turn. With more responsibility comes more compromise to his moral code which is very black-and-white and naive when you meet him. Over time it becomes grayer, simply because the more people, entities, and situations he has to deal with on an ever-increasing scale, the more he's forced to compromise inside himself to get the job done. The question is how far can he push that compromise until his moral code breaks all together? It's a fun tightrope to walk in playing him. 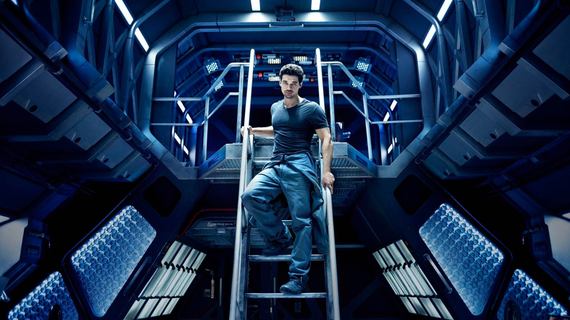 LR: It sounds like it's been a great immersion for you, and that's probably one of the reasons the show is so gripping for viewers. How much time off did you have between shooting Season One and Two? Was that difficult?

SS: I think it was almost a full year between shooting the first and second season, which was difficult but understandable. The scope and nuance of the edit and the special effects are incredibly important to how well the show works. It was our first season, so they had to make sure everything was correct, and I'm glad they did.

LR: Everything on screen does seem perfectly chosen--it's a visual feast. But do you think it would be a different experience for you playing a character like Holden who didn't live in a future? And connected to that, does science fiction ask anything from actors as an ensemble that a contemporary drama doesn't?

SS: Science fiction and period drama to me are two sides of the same coin. One happens to be in the future and one happens to be in the past. But regardless of when you're playing, you still have to find why anyone should care about what you're portraying. The humanity, flaws, and conflicts within the characters allow the audience to empathize with them. It helps that the future we're portraying is very similar to the world we live in today. Which I think is the great benefit of science fiction: you're able to talk about issues personally and politically which might not be digestible for an audience if they weren't masked by different names and timelines of another era. So it becomes relatable without being threatening. 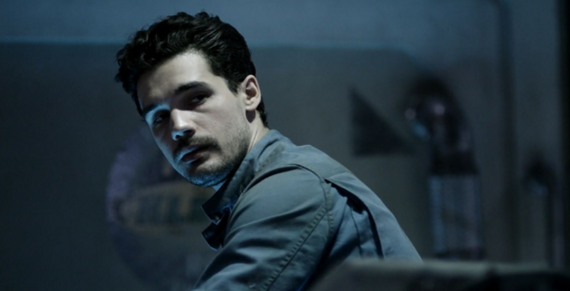 LR: Looking back at Season One, has playing Holden turned out differently than you expected?

SS: The character arc for Holden that I prepared before we started season one was essentially how it turned out as the end result. I wanted to portray a non-archetypal hero where you see him stumble and struggle every step of the way. Becoming a leader for Holden isn't an easy journey. He has it within him, but it's not something that he ever wanted for himself until the destruction of his first ship the Canterbury forces it to the surface. What I was hoping to do was show, realistically, how a juvenile, naïve young man becomes a competent and passionate leader.

LR: That transformation is one of the best parts of watching The Expanse. What do you think you've learned as an actor in this show?

SS: More than anything, The Expanse reinforced, for me, the power of a truly integrated ensemble. Everyone on the show creatively gives everything they have and is open to collaboration. We rehearse on our weekends, and have since the first episode. The actors, writers, directors, we all collaborate and are open to each other's ideas. As a result, I think we've become greater than the sum of our parts. The passion and excitement for working on it is infectious. It's a wonderful environment to experiment and take creative risks because everyone feels safe. Truly, an amazing experience for me.

LR: Well, the camaraderie really comes across on screen. Stepping back from how things are, if you could play anyone else in The Expanse, who would it be?

SS: It would be [PI] Joe Miller. Simply because I think it would be interesting to play almost the exact opposite arc as Holden's. You find Miller jaded and burnt out from years of corrupt work on Ceres station and through searching for Julie Mao [the missing person in Season One] and becoming obsessed with her, he finds himself. She's a symbol of everything he's lost and is hoping to find. It's an intimate narrative to play, and Tom Jane has done it beautifully, with such nuance and intelligence it's very difficult to imagine anyone else giving Miller a shot.

LR: How do you stay focused and avoid distractions when you're working on the show?

SS: I was on set most days and when I got home I'd usually go for a run, look through the next day's work, tinker on the choices and read resource material until I fell asleep and the cycle would start over again the next day. My time off was spent with my colleagues and our weekends were devoted to rehearsals for the most part. We have a uniquely committed creative culture on this show. The passion and desire to continually dig into the narrative, for character work and thematicall, was incredibly inspiring. It was all I wanted to do with my time.

Season 2 of The Expanse debuts February 1. Next week I'll be interviewing Dominique Tipper about her role as Naomi Nagata.

Lev Raphael is the author of 25 books in genres from mystery to memoir and is a regular blogger at The Huffington Post. A former public radio interviewer and reviewer, he's also reviewed for the Washington Post and the Detroit Free Press where he had a crime fiction column. He currently teaches creative writing at Michigan State University.