You might climb to the top of the Empire State Building, and never meet King Kong. Or visit Katz's Delicatessen, and never encounter Meg Ryan. But tourists who ran the iconic "Rocky" steps Saturday at the Philadelphia Museum of Art hit the movie-location jackpot, The Associated Press reported. Atop the steps that Sylvester Stallone's Rocky Balboa sprinted up in the 1976 classic film was Stallone himself. In the flesh.

Then came what AP called the "knockout photo." Stallone posed with Rowe, a recent graduate of Azusa Pacific University in California, and friends from the school, Jacob Kerstan and Andrew Wright. Rowe called the experience "unreal."

The Philadelphia Daily News noted that Stallone was in town to begin shooting "Creed," yet another installment in the "Rocky" saga. The film stars Michael B. Jordan ("Fruitvale Station") as Adonis Creed, the grandson of Rocky's dearly departed rival, Apollo Creed. 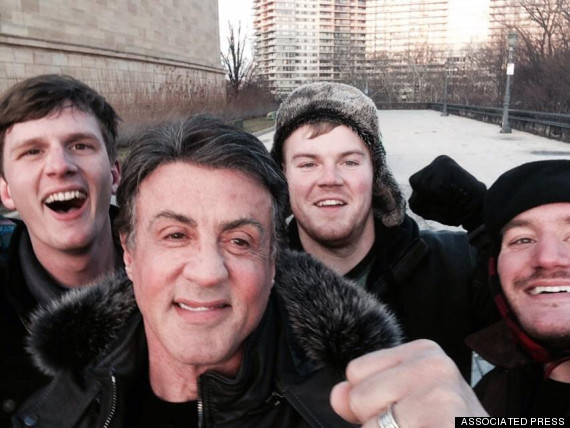