You can brush off your friend's comments about how she never sees you anymore and your parents' concerns that you're working too hard. But you shouldn't ignore these subtle signals -- for the sake of your health.

You've developed a spare tire -- even though you feel like you've been eating the same lunch salad for months.

Studies have found a connection between excess abdominal fat (even in normal-weight women) and excess cortisol, the hormone we produce when stressed. Cortisol stimulates the production of new fat cells as well as the growth of existing cells in and around the belly. (In some people, it also stimulates appetite, so you could be snacking more without knowing why). An excess of midsection fat, otherwise known as "visceral fat," which wraps around your organs, increases your risk for cardiovascular disease, stroke, type 2 diabetes and dementia and also has been associated with breast cancer.

"In the past, patients would come in and complain that they 'looked stressed,' and we wouldn't be able to explain why," says Rick Fried, MD, PhD, a clinical psychologist and dermatologist with a private practice in Yardley, Pennsylvania. "Now we know that stress leads to the protective release of neuropeptides and other chemicals in the skin, which can create inflammation." Fried says that this can cause the blood vessels to constrict, making your skin look tense. He explains that stress not only can lead to dreaded acne flare-ups, but it can also make pimples bigger, redder and more tender. Because this type of acne doesn't respond as well to topical remedies, Fried recommends stress-management techniques to address what's getting under your skin, as well.

Your new favorite pick-me-up is the same thing X-Game athletes drink before a performance.

Your old standbys, like a diet cola or a Frappa-whappa-whatever, no longer seem powerful enough to get you through a hectic afternoon, so you've been opting for the mule kick of an energy drink. This can be a dangerous habit. Not only do these drinks have high levels of caffeine that could make it hard to fall asleep at night, but because they're classified as "supplements," they aren't regulated by the FDA. In fact, the government agency is currently investigating the link between these drinks and hundreds of health issues that led to hospitalization and even death.

Your gums bleed when you brush your teeth.

Stress can lead to an increase in plaque build-up, found a Swedish study of female caregivers who had been diagnosed with stress-related depression and exhaustion. And because the cortisol released in response to chronic stress suppresses the immune system, your gums are more prone to infection. To make matters worse, when you're desperate to end the day and jump into bed, you may be tempted to do only a quick pass of the teeth and skip the flossing -- giving the gingivitis-causing plaque even more of an advantage. It takes only 48 hours for plaque to build up and cause inflammation in the gums, says Sally Cram, DDS a Washington, DC, periodontist and a spokesperson for the American Dental Association. Spending a few minutes brushing and flossing now can save you extra time at the dentist later.

You get heartburn after every power meal.

When we feel stressed and pressed for time, we tend to quickly gulp down our food and kick up our caffeine consumption -- both habits are classic triggers for indigestion and heartburn. Caffeine (along with cigarettes and alcohol) can relax the muscle connecting the esophagus with the stomach, allowing acid to painfully splash or trickle up into the food pipe. Eating too quickly (especially citrus fruits, tomatoes, fatty foods or chocolate) is also known to cause that unpleasant burning sensation. In times of extreme stress, watch your drink orders, try to take well-paced bites, and if you know you're going to be working really late, have dinner at your desk instead of holding off until you get home, because lying down after a meal makes digesting more difficult.

Your mystery aches are making it hard for you to get comfortable.

Whether we're anticipating an attack from a grizzly or from a bear of a boss, we unconsciously tense the muscles all over our body. "We're always hearing about different aches and pains that bother people during the day and then keep them up at night," says Anne Marie Albano, PhD, director of the Columbia University Clinic for Anxiety and Related Disorders. As any yoga teacher will tell you, we all "carry stress" in different parts of our bodies. While the most common areas are the head, back and neck, you may also experience aches in your shoulders (from hunching them up to your ears), jaw (from clenching or grinding your teeth), the outside edges of your eyes (from squinting) and the corners of your mouth (from pressing your lips together).

6 Signs You're Heading Towards Burnout And Need To Slow Down
Stress Myths -- Debunked! 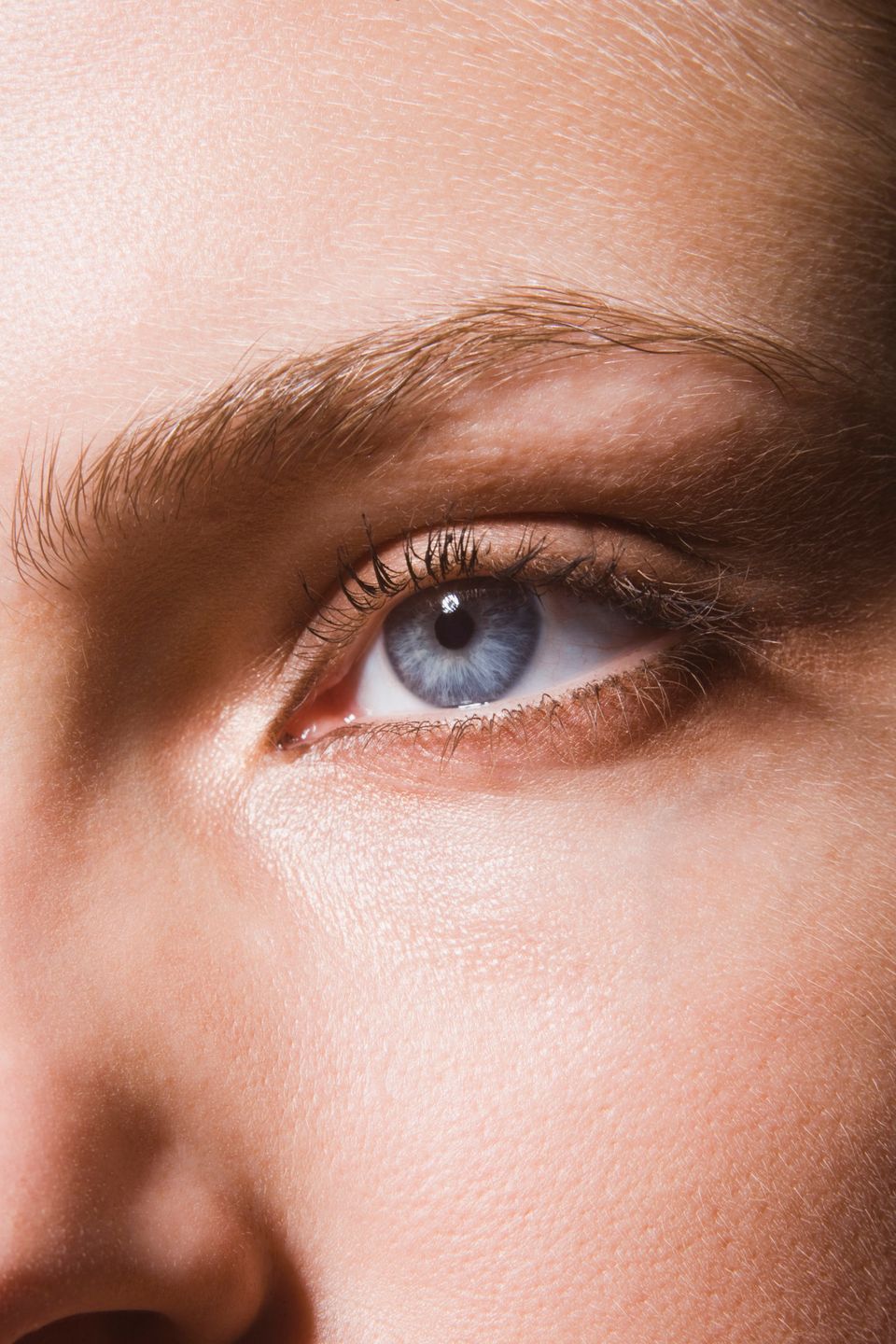 1 / 5
Twitching Eyelids
<strong>Myth: </strong>"A twitching eyelid is a sure sign that you’ve got too much on your plate." <strong>Fact:</strong> Stress could be causing your eyelid to make you look like an overenthusiastic flirt -- but so could fatigue or even dry eyes, which affects half of women over 40, says Anne Sumers, MD, a clinical correspondent for the <a href="http://www.aao.org/">American Academy of Ophthalmology</a>. Sumers says that while ophthalmologists like her see at least three patients every week with eyelid spasms, there’s no clear consensus on what causes them. However, experts are sure that these twitches aren’t a sign of a serious problem. Sumers says that it may help to get more rest, to try lubricating eye drops or to take a vacation from work -- but even if you do nothing, she says the spasms should go away on their own in four to six weeks (at the most).
Thinkstock