The number of pregnancies affected by the sexually transmitted infection syphilis is at a 20-year high in the U.S., according to a new report from the U.S. Centers for Disease Control and Prevention. That indicates a serious breakdown in prenatal care delivery to the most vulnerable women in the U.S.

The effects of congenital syphilis on fetus and infant health are catastrophic and have lifelong consequences for children who contract it in utero.

An estimated 40 percent of pregnancies affected by syphilis end either in stillbirth, which is a pregnancy loss after 20 weeks of gestation, or the death of the infant soon after birth. Babies who survive infection in the womb can suffer birth defects like blindness, deafness, deformed bones and enlarged internal organs. Congenital syphilis can also cause cognitive developmental disabilities.

The most recent national congenital syphilis rate, which was 23.3 cases per 100,000 live births in 2017, is also the highest reported in 20 years and represents a significant backslide from just a few years ago. It’s a 153 percent increase relative to the 9.2 cases per 100,000 births in 2013, and rates have been steadily increasing since then.

In 2017, doctors reported 918 cases of congenital syphilis, which led to 64 stillbirths and 13 infant deaths. The majority of these cases ― 72 percent ― are concentrated in six states in the South and West: Louisiana, Nevada, California, Texas, Florida and Arizona.

This multiyear rise is a sign of two things: a broken public health system and a lack of access to medical care over a long period of time, said Dr. Rebekah Gee, secretary of the Louisiana Department of Public Health. Louisiana has the highest rate of congenital syphilis in the nation.

“Every case should be seen as a never event and an unacceptable outcome of broken systems of care that need to be mended,” Gee said in reaction to the CDC’s new report.

“It’s really just a strong indicator that we’re not doing something right,” added Rebekah Horowitz, a senior analyst with the National Association of County and City Health Officials.

Why Congenital Syphilis Is Rising

Syphilis rates hit an all-time low in 2000, and public health experts at the time thought that the U.S. had a good shot at eliminating the infection. But since then, rates of syphilis, along with other sexually transmitted diseases, have begun creeping up again.

Congenital syphilis cases result from the infection passing from mother to fetus in utero, so the number of pregnancies and babies affected by the disease began increasing as well.

This gives the Treponema pallidum bacterium an opportunity to pass through the placenta to the fetus. During a vaginal birth, a baby may also come in contact with an open sore on the mother’s genitals, contracting syphilis after it is born.

The risk of fetal infection depends on the stage of a woman’s syphilis infection. Some research shows that if a woman has latent syphilis (the stage at which she experiences few or no symptoms), she has a greater chance of giving birth to a healthy baby than someone with primary or secondary syphilis, who has symptoms like sores or rashes.

If a woman is at a high risk for syphilis or lives in an area where syphilis rates are high, the CDC recommends another syphilis screening test in the third trimester, upon the birth of her child, or whenever a pregnant woman first starts seeing a doctor if she doesn’t start in the first trimester.

Doctors are also being encouraged to tell all reproductive-aged people who get treated for syphilis about the risks it poses to pregnancies, Horowitz said.

“If someone comes in and they test positive for syphilis, you want to get them treated, but you also want to have a conversation with them about whether or not they intend to get pregnant in the near future,” she explained.

How High-Risk States Are Responding

Some experts suggest that the growing popularity of dating apps and a diminishing fear of HIV and pregnancy have made unprotected sex more common, which contributes to the spread of sexually transmitted diseases.

There is some evidence that changing sexual practices may in part be fueling the rise in STIs.

But the states with the highest rates of congenital syphilis are looking beyond individual sexual behavior to focus on population-based solutions, albeit with less money than they need.

In some high-risk states like Louisiana and Texas, the CDC’s third-trimester screening recommendation has been codified into law.

A recent report examined all 79 cases in the state from January 2016 to July 2017 and found that doctors could have prevented at least one-third of them if they had followed CDC guidelines on syphilis screening and treatment.

What we’re seeing with congenital syphilis are the folks who are really falling through the cracks. Dr. Heidi Bauer, California Department of Public Health

Dr. Heidi Bauer, chief of the STD Control Branch with the California Department of Public Health, said that the agency’s data shows that some Californian women are skipping prenatal care entirely and showing up to give birth ― or have a stillbirth ― with a syphilis infection.

“We’re failing in that regard,” she said.

Because of this, California, which has the third-highest rate of congenital syphilis and the highest number of cases in the nation, is trying to think beyond the traditional intervention model. Instead of focusing just on prenatal screenings, the state health department is also reaching out to prisons, community organizations, substance use programs and homelessness services to get vulnerable people screened for the infection before they become pregnant.

A survey of California mothers who had syphilis during pregnancy between 2007 to 2015 found that more than half of them only started prenatal care in the third trimester, if at all. It also found that 44 percent of women who were diagnosed with syphilis during pregnancy between 2013 to 2015 said they had used methamphetamine in the year before their diagnosis, while 13 percent said they had exchanged sex for money or drugs in the year before their diagnosis.

“What we’re seeing with congenital syphilis are the folks who are really falling through the cracks,” Bauer said. “We’re talking about a very small population of women, but a really important population just from the standpoint of really needing extra help and extra services.”

Syphilis Among Pregnant Women Is On The Rise, Alarming Public Health Experts
Nationwide Sexual Health Study Results Are In 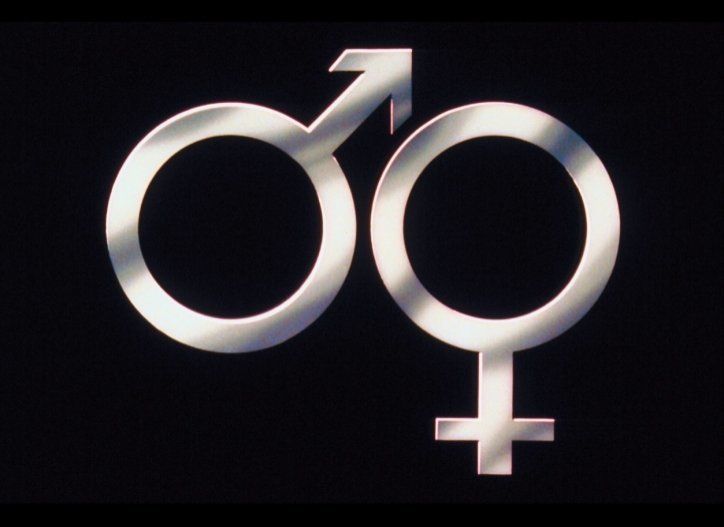 1 / 11
Gender Differences In Sexual Pleasure
About 85 percent of men studied reported their partner had an orgasm during their most recent sexual event, while only 64 percent of women reported having had an orgasm. The data represents a gap in how women experience sex and how men <em>perceive</em> women experience sex. Findings suggest that men are more likely to experience orgasm when sex includes intercourse, whereas women are more likely to experience orgasm when they engage in a variety of sex acts.