Syrian refugees are so anxious for the brutal civil war to end, one exclaimed: "If God let the war end tomorrow, we would walk barefoot back home."

Nikki Gamer, of Catholic Relief Services, just met Syrians displaced in Lebanon and Jordan. She says: "They want the violence to stop. And they want to return to their land."

The war has to end now for there to be a future Syria. The horrific numbers speak for themselves.

Around a quarter of a million Syrians have been killed. There are 7.6 million Syrians displaced within their own country by the violence. That would be like if everyone in Massachusetts and New Hampshire were forced out of their homes by fighting. Many Syrians have fled into neighboring countries. 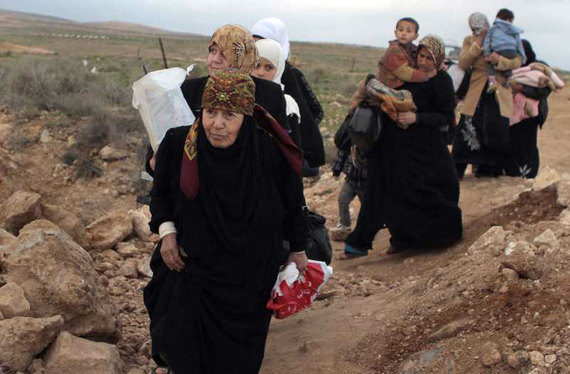 There are over 12 million Syrians who need humanitarian assistance. Think of the human side of such a disaster, with each family losing the basics of life. Food, the very basis of society, is becoming nonexistent inside Syria. Agriculture production is 40% below pre-conflict levels, even with favourable weather conditions this year.

Syrians depend entirely on the assistance of the UN World Food Programme (WFP) and other aid agencies. But these aid groups cannot always reach people trapped by the conflict. Some starve to death. Malnutrition among children stunts their growth both physically and mentally. They are the future of Syria.

The bullets of Syria's war kill. So does the hunger. It will only get worse unless peace comes.

UN Secretary General Ban Ki-moon says that no one wants to see an "uncontrolled transition" of power in the capital Damascus. But as the civil war continues, this will ever be more likely. There will be complete chaos. Terrorist groups like "Islamic State" (IS) only gain strength from the chaos of war. We cannot let that happen.

There simply won't be any Syria left. There will only be rubble and famine. 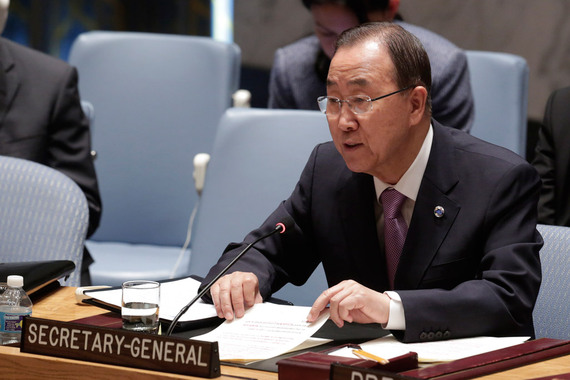 What's preventing an end to the atrocities? Ban Ki-moon says: "The greatest obstacle to ending the Syrian war is the notion that it can be won militarily. It is our failure to act with a unified voice that perpetuates this harmful illusion and allows the Syrian parties to think that there is some alternative other than coming to the negotiating table."

Yet within the fire of the Middle East is an example of how peacemaking is done. It comes by way of a tiny village in Egypt called Al-Dabiyyah. It can be an inspiration for peace talks to end the war in Syria.

In Al-Dabiyyah, they have what is called TA'ALA, a peacemaking initiative which means: Tolerant Attitudes and Leadership for Action. Catholic Relief Services, which sponsors the programme, says that in Arabic, it's an invitation to "come over".

They used this peacemaking approach to quell violence that had struck this Egyptian village. Muslims and Christians in Al-Dabiyyah were fighting. There were fatalities from the violence. The TA'ALA approach restored peace, and encouraged dialogue instead of more fighting.

Father Rueis, a leader of a nearby church, was one of those who took action. He says: "I wanted to begin reaching out to families on both sides of the violence. It's highly probable that if we hadn't had TA'ALA... there would have been more killings." 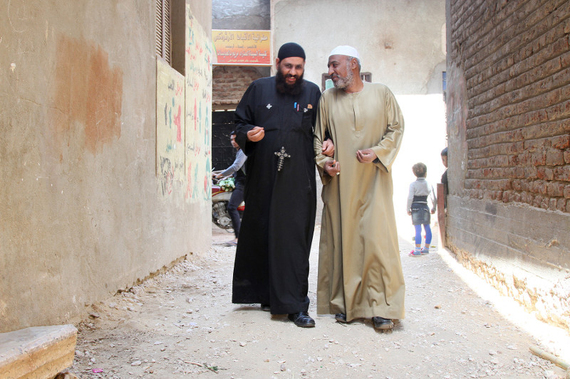 Through the CRS peacebuilding program TA'ALA, religious leaders Father Rueis, left, and Sheikh Moustafa work together to engage the faithful in interreligious dialogue in the village of Al Odayssat in Upper Egypt. (Photo by Nikki Gamer/CRS)

Peace, once it gets started, can be contagious. That is what Syria desperately needs to catch right now. They need the negotiating table and peace talks. In Syria, more fighting will simply lead to more killings, and it will not end until dialogue, peace and reason enter the picture.

An immediate ceasefire and peace talks would allow humanitarian aid to reach the suffering people are necessary. One thing the international community must do now is to fully fund the World Food Programme, UNICEF, Save the Children and other aid agencies. We can't have a peace process if the Syrian people are starving.

The international community must encourage the peaceful conclusion of the civil war. We cannot let this chaos continue. We must save Syria. There is simply no alternative to peace.