UNITED NATIONS, May 22 (Reuters) - The United Nations is receiving increasing reports of the use of chemical weapons in Syria's 2-year-old civil war as the violence escalates, a senior U.N. official said on Wednesday.

The government of Syrian President Bashar al-Assad and rebels who have been fighting to oust him accuse each other of using chemical weapons in Aleppo in March and Homs in December.

"The Secretary-General (Ban Ki-moon) remains gravely concerned about the allegations of the use of chemical weapons," Robert Serry, the U.N. Middle East peace envoy, told the U.N. Security Council.

"Amid mounting reports on the use of chemical weapons, we once again urge the government of Syria to allow the investigation to proceed without further delay," he said.

A team of U.N.-led chemical weapons experts has been ready for more than a month to enter Syria to investigate the allegations, but has been held up by diplomatic wrangling and safety concerns.

U.N. Secretary-General Ban Ki-moon has urged Syria to give the experts unfettered access to investigate all alleged chemical arms incidents. But Assad's government only wants the U.N. team to probe the Aleppo attack, not Homs. U.N. diplomats say U.N.-Syria negotiations on access have reached a deadlock.

A senior Western diplomat said on condition of anonymity that there have been "new incidents" of chemical weapon use by Assad's government since April. He declined to elaborate.

Syrian U.N. Ambassador Bashar Ja'afari did not respond immediately to a request for comment.

U.N. officials and diplomats say that the U.N. team, which is headed by Swedish scientist Ake Sellstrom, is working outside Syria to gather information about possible chemical weapons use.

"The mission (Ban) established to investigate the claims has been doing what it can to gather and analyze available information," Serry said.

Earlier this month, Carla Del Ponte, a member of a U.N. inquiry commission looking at allegations of war crimes in Syria, said the commission had gathered testimony from casualties and medical staff indicating that rebel forces had used the banned nerve agent sarin.

But the commission, which is separate from Sellstrom's chemical weapons investigation team, quickly issued a statement distancing itself from Del Ponte's remarks, saying it has reached no conclusions on whether any side in the Syrian war has used chemical weapons.

Syria, which is not a member of the anti-chemical weapons convention, is believed to have one of the world's last remaining stockpiles of undeclared chemical arms.

Serry also spoke of the worsening humanitarian crisis in Syria, where the United Nations believes at least 80,000 people have died since the uprising began in March 2011.

"The Secretary-General remains deeply alarmed at the escalating violence in Syria," he said. "The humanitarian crisis continues to worsen, with every third Syrian now in need of urgent assistance. One of every four has been uprooted from her or his home."

Serry reiterated U.N. hopes a U.S.-Russian push for a peace conference in Geneva including both sides in the conflict will be successful, adding that the world body is "fully devoted to helping the Syrians find a political solution." Expectations of a breakthrough are low. 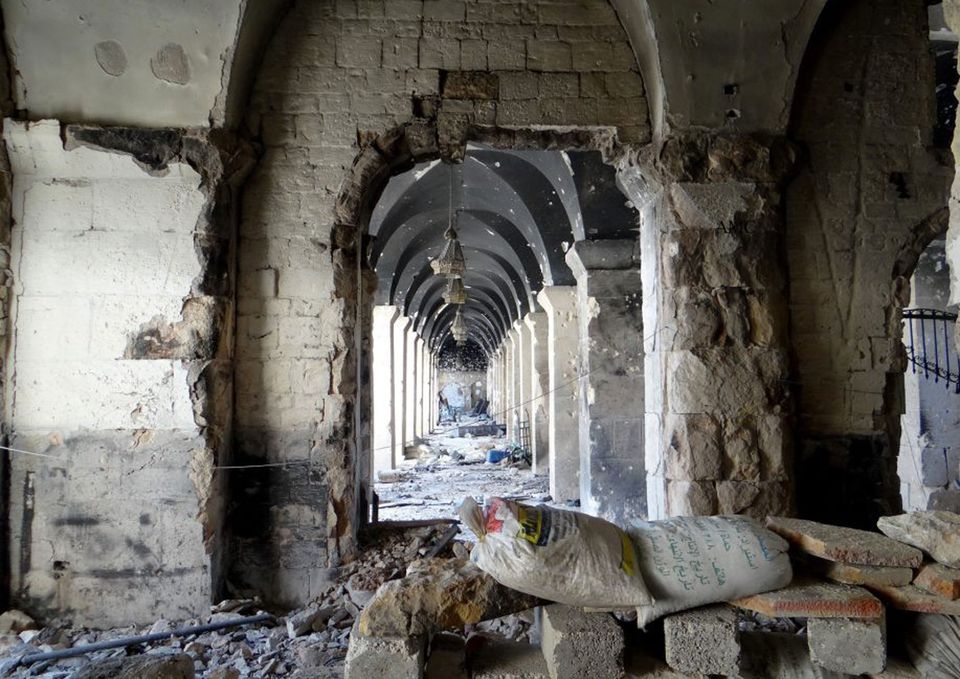