"Has the country run out of poor people?" is a fitting question to today's Russian leaders who, not having ended the geopolitical and military conflict in eastern Ukraine, have unhesitatingly thrown the country into a new one, jumping straight from the fire into the hellish frying pan of the Middle East.

Without any discussion and at the first call from the authorities, the Federation Council immediately authorized "the use of the armed forces of the Russian Federation outside the territory of the Russian Federation." What's more, it set no time limit or reference to a particular country or even region of the world. Thus, as of Sept. 30, President Vladimir Putin has the legal right to use Russian troops anywhere, in any manner, whenever and for however long he wants.

Of course, when presidential administration chief Sergei Ivanov presented his boss' request to parliament, he spoke only of using air strikes against the Islamic State in Syria and categorically denied that ground forces would be involved. However, Russians need no reminding that the war in Afghanistan, which began with an unofficial decision by Soviet politicians Leonid Brezhnev, Yury Andropov and Dmitry Ustinov in December 1979, was originally planned as only a short-term local war. However, war has its own logic -- that of a whirlpool pulling everyone inward and downward against their will.

The inflamed imagination of Russia television viewers has already made the switch from the simmering ruins of the Donetsk airport to the burning desert of Homs as a new front opens in Russia's struggle for greatness. The Defense Ministry unveiled footage of Russian aircraft bombing unidentified "Islamist" positions that looked suspiciously like the standard chronicles of U.S. air strikes shown on CNN. Russian military commanders apparently took their inspiration from the U.S. forces that they dream of emulating.

By jumping midstream from a Ukrainian to a Syrian mount, the Kremlin horsemen continue their practice begun 18 months ago with the annexation of Crimea of substituting their foreign policy agenda for even a mention of a domestic agenda.

For a year and a half, they have fed the Russian people a steady diet of news from Donetsk, Luhansk and Debaltseve. Now the viewers of state-controlled television must memorize the names of Aleppo, Homs and Hama. The same outspoken television talk shows that tirelessly discussed Ukraine every night now go on endlessly and excitedly about the slightest developments at the front in Latakia and Al-Hasakah.

How will this new Syrian campaign affect domestic politics -- or rather, the shadow of a domestic agenda that the Kremlin has tried but failed to completely eliminate from the public mind?

Moscow is financing its military buildup and operations through cuts to the already woefully underfunded sectors of education, health care and infrastructure.

In contrast to the "fight against the fascist junta in Kiev," the Russian people understand much less about the war in Syria and why those Arabs are killing each other over there.

A recent survey by the Levada Center pollster revealed that 69 percent of the population does not support the use of Russian troops in Syria and only 14 percent are in favor. Russians don't mind sending weapons and ammunition to Damascus, but they completely oppose putting live Russian soldiers in the path of Arab bullets.

Reports have already surfaced on the Internet of Russian contract soldiers refusing to fight in Syria.

Meanwhile, the number of Russians now living below the poverty line is increasing in tandem with the number of Russian air strikes in Syria. Deputy Prime Minister Olga Golodets acknowledged that since the beginning of the year, the number of poor has increased by 3.1 million people to a total of 22.9 million. That is more than one in every five adult Russians. The steady negative trends in the national economy, federal budget, investment and household incomes will force even more Russians into poverty in the months ahead.

By jumping midstream from a Ukrainian to a Syrian mount, the Kremlin horsemen continue... substituting their foreign policy agenda for even a mention of a domestic agenda.

Moscow is financing its military buildup and operations through cuts to the already woefully underfunded sectors of education, health care and infrastructure. Many Russian municipalities have simply run out of money and cannot provide even the most basic social services.

For example, in the Siberian region of Altai, local utilities companies cited outstanding payments from the city and, on Sept. 29, refused to turn on their boilers to provide heat to dozens of public buildings, including schools and kindergartens. Governor Alexander Karlin proposed lowering the thermostats in schools and kindergartens on weekends and holidays as a cost-saving measure.

According to the Russian Presidential Academy of National Economy and Public Administration (RANEPA), 25 Russian regions cut spending on education and 11 made cuts to health care in the first half of 2015. Across the country, the authorities are implementing a policy of "optimization" -- that is, reducing the number of schools, hospitals, teachers and doctors.

Russians need no reminding that the war in Afghanistan... was originally planned as only a short-term local war.

Against the backdrop of high inflation, officials are preparing to stop indexing pensions to inflation and, for the third year in a row, want to declare a moratorium on the funded component of pensions -- that is, to draw on money set aside for future retirees in order to fund current budgetary expenditures as government coffers continue to shrink.

All social surveys indicate that uneasiness in society is growing, and RANEPA reports that 70 percent of the residents in large cities are already feeling the effects of the crisis.

Like the war in Afghanistan, the war in Syria cannot be popular with the Russian people. Putin is overstretching his imperial ambitions even as the national economy continues to decline. The country's foreign agenda is increasingly in conflict with the situation at home. If, one year from now, the opposition loudly calls out -- "Has the country run out of poor people?" -- it will succeed. 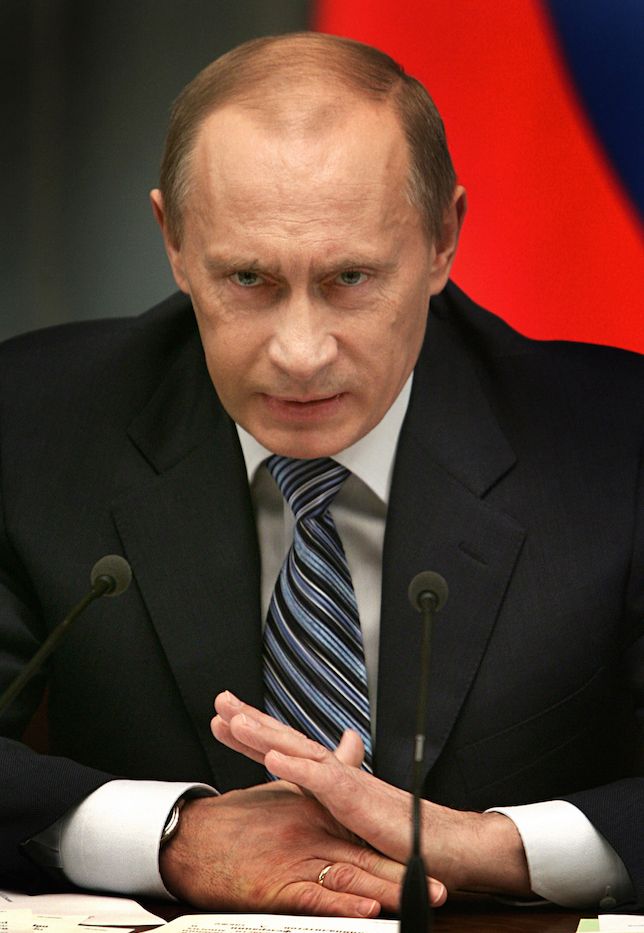