WASHINGTON -- In a pair of speeches at the annual gathering of a major pro-Israel group, top U.S. and Israeli leaders expressed deep concerns about the civil war in Syria and indicated they worried as much about the situation that might emerge after the removal of the current regime as they have about the regime itself.

"The United States and Israel have a shared interest in Syria," said Vice President Joe Biden, during a generally warm speech before some 13,000 attendees at the annual policy conference of the American Israel Public Affairs Committee (Aipac). "[President Bashar] Assad has been engaging in the brutal murder of his own citizens, and our position in that regard cannot be clearer: Assad must go."

But Biden continued, "We are not signing up for one murderous gang replacing another in Damascus."

Although the Syrian rebels have been fighting Assad's army for two years now, the United States has been very cautious about providing them with support, in part motivated by grave concerns that any military aid could fall into the hands of rebel fighters who might use it against the U.S. or Israel. Only last week, in fact, did the U.S. finally pledge to directly supply some rebel groups with nonlethal assistance, such as food and medicine.

Biden acknowledged that the process has been gradual, saying that the U.S. focus has been on "carefully vetting those" to receive assistance. He emphasized that at the same time, the U.S. has taken steps to impede the efforts of at least one major rebel brigade, by designating it as a terrorist group for its reported links to al Qaeda in Iraq.

The possibility that the fall of the Assad regime could empower radical Islamist groups, who might gain access to Syria's rich stores of chemical and biological weapons, was also a concern voiced by Israeli Prime Minister Benjamin Netanyahu when he spoke to the Aipac crowd via satellite from Jerusalem.

"Syria could soon become a strategic crisis of unforeseen proportions," Netanyahu said, after noting that crisis would be one of three main topics for discussion when President Barack Obama visits Israel later this month.

Enthusiasm for the uprising in Syria has waned significantly among pro-Israel and Israeli advocates -- a trend reflected in the revolution's lower profile at this year's Aipac gathering than in the year before, when the rising aspirations of the Syrian people were celebrated at panel discussions and the general assembly. 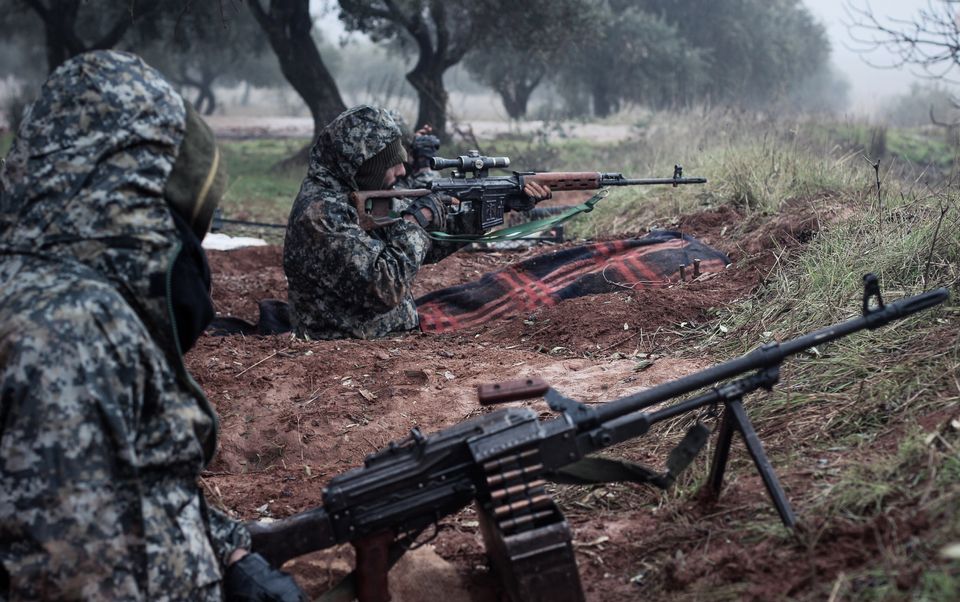 1 / 20
In this Sunday Jan. 6, 2013 photo Syrian rebel fighters take their positions on the frontline of the ongoing battle for the military airport in Taftanaz, Syria. (AP Photo/Mustafa Karali)
AP