BEIRUT, Dec 3 (Reuters) - Islamist fighters who captured a Christian village north of Damascus have moved some nuns to a nearby town but it was not clear if they had been kidnapped or evacuated for their safety, the Vatican's ambassador to Syria said on Tuesday.

The militants took the ancient quarter of Maaloula on Monday after heavy fighting with President Bashar al-Assad's forces, activists said. Syrian state media said they were holding the nuns captive in the Greek Orthodox monastery of Mar Thecla.

Vatican envoy Mario Zenari said the 12 nuns had been taken from Maaloula to Yabroud, about 20 km (13 miles) to the north.

Zenari said the Greek Orthodox Patriarchate had told him armed men had entered the monastery on Monday afternoon.

"They forced the sisters to evacuate and to follow them towards Yabroud. At this moment we cannot say if this is a kidnapping or an evacuation," he told Reuters by telephone from Damascus. "I heard now there is a very fierce conflict going on in Maaloula."

The fighting, which pits al Qaeda-linked Nusra Front fighters and other rebels against Assad's forces, is part of a wider struggle for control of the Damascus-Homs highway in central Syria.

An official at the Greek Patriarchate confirmed that he believed the nuns were taken to Yabroud, but gave no details.

Syrian state television said Christians had held a service in Damascus on Monday to protest against the capture of the nuns and the kidnapping of two bishops near Aleppo in April.

Pro-rebel activists said the nuns were safe and that the real threat to them came from what they described as random Syrian army bombardment of Maaloula.

The village was the scene of heavy fighting in September, when it changed hands four times in a series of attacks and counter-assaults by rebels and government forces.

Zenari said the nuns were among the last residents left in Maaloula after most fled south for relative safety in Damascus.

The army, backed by pro-Assad militias, has been trying to secure towns on the road from Damascus to the city of Homs and Assad's Alawite heartland overlooking the Mediterranean.

Control of the road would help secure Assad's grip over central Syria, and would also enable safe passage for hundreds of tonnes of chemical agents which are due to be shipped out of the country by the end of the year for destruction. (Reporting by Dominic Evans; Editing by Alistair Lyon) 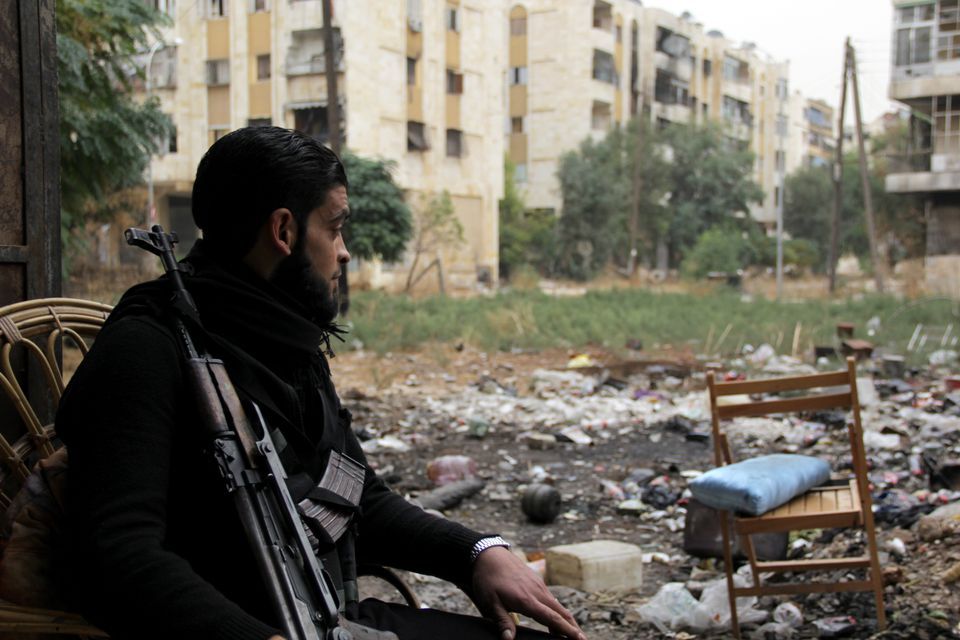