As Syrian rebels continue to grow their weapons arsenal, the opposition forces showed they may not need to raid Syrian military bases to acquire arms. In a newly released video from Russia Today, Syria rebels unveiled a homemade PlayStation-controlled tank named "Sham II" after ancient Syria.

Wired.com explains that he homemade tank, crafted from a car chassis, ressembles a large, rusting metal box more than an official tank, but is outfitted with a turret-mounted 7.62 mm machine gun and five external cameras. Using a PlayStation controller and an LCD screen that shows the external camera footage, a driver can maneuver the tank while another crew member, seated next to the driver, can mobilize the machine gun with a separate controller, the Atlantic wire adds.

The designer, Mahmud Abud of the Al-Ansar rebel brigade in the Aleppo region, told AFP the tank required a month of work.

"This is my brother, a trained engineer, who got the idea. We got a car, left its diesel motor on the chassis and built the engine," Abud said. "Not including from the gun, the vehicle costs about $10,000."

Improving on the initial design, the Sham II protects not only the driver, but the rest of the crew from up to 23 mm cannon fire. However, unlike traditional tanks, the Sham II cannot withstand fire from other tanks.

According to Abud, Sham II is expected to join its predecessor, Sham I, in battle in Aleppo.

Rebel forces have continued to gain momentum, capturing parts of the Sheik Suleiman military base in Aleppo on Sunday, the Associated Press reported. The recent gains have helped opposition forces tighten their grip on areas near the Turkish border. 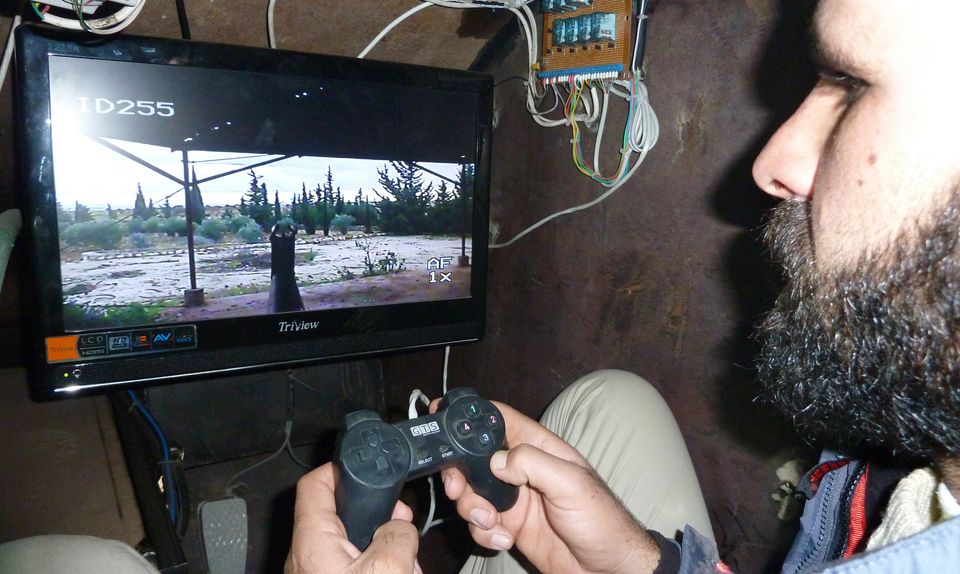 1 / 4
A Syrian rebel uses a control stick to activate the machinegun of Sham II, a homemade armoured vehicle made by the rebels' Al-Ansar brigade, in Bishqatin, 4 kms west of Aleppo, on December 8, 2012.
HERVE BAR/AFP/Getty Images