LONDON -- This year has started off with a shocking escalation in malnutrition, disease and homelessness as Syria's displaced population moves towards the 12 million mark. And with the civil war soon to enter its sixth year, there is growing alarm about the long-term impact on the lives and prospects of the nearly 6 million children displaced. Deprived of their homes and exiled from their communities, the majority are now being denied the education they need. Some girls and boys will now go through their entire school days without ever entering a classroom. Hundred of thousands of children are estimated to have left with their families on dangerous voyages to Europe, but there are about 10 times as many -- some 4 million boys and girls -- currently displaced from their homes and communities within Syria itself and another 2 million holed up mainly in tents, shacks and hovels scattered around Lebanon, Turkey and Jordan. 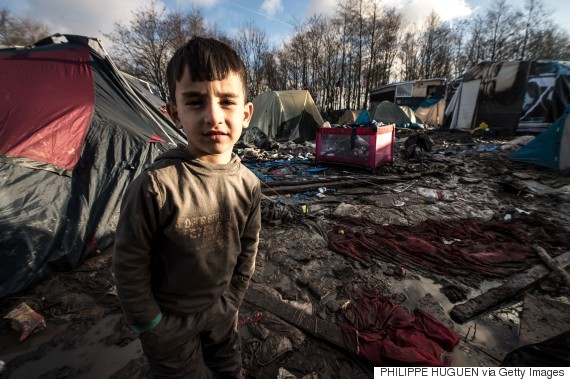 Advertisement
A 5-year-old Kurdish boy poses in a migrant and refugee camp near Dunkirk, France, on January 12, 2016. (PHILIPPE HUGUEN/AFP/Getty Images)
According to a
report
recently released by UNICEF and Save the Children, far too many children displaced by the current war in Syria have been forced into labor, including in Jordan, where nearly half of Syrian refugee children are working. They are often exposed to illegal activities and unsafe conditions.
Advertisement

An organization called Girls Not Brides has stated that rates of child marriage among refugee girls are rising fast, with child trafficking also on the increase.

It is a well-established fact that the best way to counteract child exploitation is to ensure compulsory school registration. What's more, without the offer of schooling for their children, many parents lose hope in ever catering for their children in the vicinity of Syria and, for the sake of their children's futures, decide that there is no alternative but to leave for Europe.

But there is some good news to report in an otherwise harrowing picture of neglect and chaos. In a unique initiative which creates double shifts in existing schools, the Lebanese government has taken 200,000 vulnerable children off the streets and awarded them places in schools. 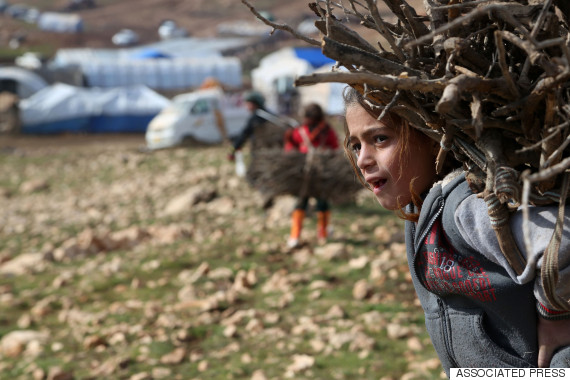 Under the double-shift system, local Lebanese children are educated in the morning in neighborhood schools in French and English, but in the afternoons and early evenings the same classrooms are opened up to refugee children, who are often taught in Arabic. And because the double-shift system uses existing schools and avoids the huge additional costs of building new schools, Lebanon plans to expand its coverage of public schools available to refugee children to more than 1,200, plus an additional 259 will offer double shifts at a cost of just $500 per pupil. The success of the Lebanese experiment makes it possible to offer schooling across Lebanon, Turkey and Jordan to 1 million refugee boys and girls during the course of 2016. While Lebanon proposes to almost double its intake, Turkey plans to increase its school spots for refugees from just over 200,000 to almost 400,000 this year. In Jordan, where over 120,000 refugees are already in school, the plan is to reach 90,000 more. Thanks to European Union funding and contributions from both public and private sectors in the region itself, one-third of the necessary $750 million has been raised to finance this initiative. 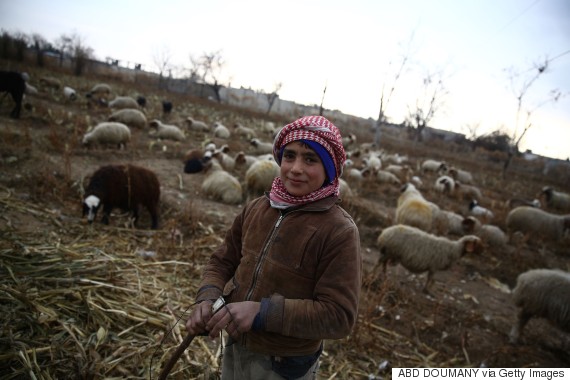 Ousama, a 10-year-old boy, grazes sheep at a farm near the Syrian town of Douma. (ABD DOUMANY/AFP/Getty Images)

And when the Syria Donors Conference takes place in London in early February, under the auspices of Norway, the U.K., Germany and Kuwait, the challenge is to raise the remaining $500 million from donors across the world. The Syrian refugee initiative is essential if we are to solve the problem of delivering education in emergencies. Last September the world committed itself to universal primary and secondary education by 2030. But only this week UNICEF reported that a quarter of the world's out-of-school children -- 24 million -- are in conflict zones, demonstrating that we can only ever achieve universal education for girls and boys at primary and secondary levels if we first bridge the gap in humanitarian aid for education in emergencies. But the current allocation for education is just a fraction of humanitarian budgets: what's necessary for bare survival -- food, shelter, health care -- comes first. So it makes sense to create a new window for funding emergency aid for education. That is why, when the World Humanitarian Summit meets in Istanbul in May, another humanitarian breakthrough is urgently needed -- a new platform delivering education in emergencies.

Out of tragedy and chaos some good may come.