When it comes to covering Syria, the fog of war is especially thick.

For 17 months, President Bashar al-Assad's regime has severely restricted press access in the country as his soldiers first brutally cracked down on peaceful protests and now battle opposition forces in a war that has claimed more than 19,000 lives.

Western journalists have occasionally snuck into Syria, but on a daily basis primarily rely on information provided by opposition activists, residents, state-controlled media, rebel commanders, social media and anti-regime groups operating outside the country. Meanwhile, each warring side simultaneously fights a public relations war in the media.

Several Beiruit-based correspondents told The Huffington Post that their outlets have gotten better at vetting information throughout the lengthy conflict and have built a large network of reliable sources in the process. Still, news reports on the latest explosion, firefight or alleged massacre routinely acknowledge that key details cannot be independently verified and correspondents say that this is not the ideal way to cover a war.

"It's the most frustrating situation I've ever been in and potentially the most challenging," said Arwa Damon, a Beirut-based correspondent for CNN. "Now you're trying to newsgather via remote."

Damon last reported inside Syria in February, an ordeal chronicled in CNN's documentary "72 Hours Under Fire." After three days, she left the war-ravaged city of Homs, north of Damascus, alongside veteran war correspondent Marie Colvin, who later reversed course and was killed in the city. Colvin is one of 16 journalists killed so far, according to information provided by the Committee to Protect Journalists.

A few weeks after Damon's report aired, Syrian state-run media reported that CNN was collaborating with terrorists and "saboteurs" -- a claim emphasizing the danger faced by journalists venturing back into Sryia while Assad's regime is in power.

Although Damon can still reach people inside Syria who she has met face-to-face, there's something lost in not physically being there to bear witness. "It's possibly the worst way for a journalist to have to cover a story," she said. "You're missing that human contact."

Journalists are able to get some human contact by speaking to refugees or rebels leaving the country, as the Washington Post's Liz Sly did in reporting for a Wednesday piece called "On The Turkey-Syria Border."

Sly, a few days earlier by phone from Antakya, Turkey, said the news media doesn't have the manpower to confirm exact numbers of dead or missing each day, but can determine major trends in the fighting and the broader, harrowing story by speaking to residents and rebels. "The big picture is there's a war going on and a lot of people are dying," she said.

But as "things are changing so fast on the ground," Sly said, it's harder for journalists to determine when to go into Syria. "There's war in every bit of the country," she said, adding that rebels may control some territory or a border post one day but lose it the next.

There is no discernible front line in Syria or stable city in which to hunker down -- key differences from last year's reporting on the crumbling autocratic regimes of Hosni Mubarak in Egypt and Muammar Gaddafi in Libya.

In January 2011, Western journalists flocked to Cairo, reporting for weeks from Tahrir Square. In Libya, some Western journalists had a base inside Tripoli's Rixos Hotel throughout the conflict and others moved into the capital alongside rebel forces from the west. Journalists also reported from the opposition stronghold of Benghazi in the east. Dangers in Libya were widespread and several Western journalists were killed in the conflict, but by and large, more reporters were inside the country than are currently in Syria.

Yet despite the difficulties, journalists will try to get into Syria when the opportunity is right.

Last week, Kelly McEvers, an NPR correspondent based in Beirut, headed into Syria alongside rebel fighters for a five-part series concluding Friday with a look at how both sides try to control the message.

In an interview, McEvers said that while NPR built an "extensive" network of sources over the past 17 months, there's "a world of difference" in reporting on the ground. "You can pull a guy aside and say, 'tell us the real story,'" she said. "It's everything."

McEvers also noted that simply being on the ground doesn't guarantee reporters will get the straight story from those around them. The rebels, while seemingly disorganized, are adept at message discipline, she said.

For instance, McEvers -- who saw no evidence of jihadi activity -- said that rebels she met in Syria would immediately tell her they were not part of al Qaeda, "like they all got the memo." Some opposition fighters once tried claiming there were no rebels around, even though McEvers arrived with rebel fighters. And McEvers said that rebels often told her to speak to certain people or look in a specific direction -- not unlike how the Syrian government tries wrangling journalists on government-sponsored junkets.

Given the Assad regime's brutality, many journalists might give less scrutiny to the opposition's side in the PR war. But The Guardian's Charlie Skelton recently cautioned that they should.

Skelton looked closely at representatives affiliated with the opposition -- a vague term that can include dozens of factions -- who are calling for action from the U.S. and other countries, as well as members of the oft-quoted Syrian National Council. While not doubting the activists' sincerity, he wrote that "the mainstream news media have, in the main, been remarkably passive when it comes to Syrian sources: billing them simply as 'official spokesmen' or 'pro-democracy campaigners' without, for the most part, scrutinizing their statements, their backgrounds or their political connections."

Anti-regime groups can also serve as a conduit between rebel fighters and U.S. journalists in order to bolster the opposition. For instance, the Syrian Support Group (SSG), a new Washington lobbying outfit seeking Washington political support for arming the Free Syrian Army, has recently helped journalists make contact with commanders. On Monday, Newsweek's Eli Lake quoted rebel commanders asking for U.S. military support, including Stinger missiles. He acknowledged in the piece that interviews were coordinated by the SSG and provided context about the organization's agenda.

John Daniszewski, the AP's senior managing editor for international news, said his news organization closely vets material coming from both sides. "No matter where the information is from, government side or activist side, we always verify facts through multiple sources," he said.

In AP offices in London and Beiruit, he said, staffers follow up with Syrian sources after receiving a video. They'll ask questions such as whether a particular street looks right or what the weather was like that day. And they've stopped erroneous footage from getting through in the process. For instance, opposition activists recently claimed that a demonstration took place on a specific day in Syria, but the AP was aware that a statue -- shown in a frame of the video -- had been pulled down for some time.

"I think it's more of an art than a craft," Daniszewski said of the vetting process, "but I think they've gotten pretty good at it."

There's one other, albeit rare, way for a Western correspondent to cover Syria right now: an official press visa.

Janine di Giovanni, a veteran foreign correspondent and author of the book "Ghosts by Daylight: Love, War, Redemption," recently secured an 11-day press visa and wrote how life in Damascus, relatively unaffected through most of the conflict, is now coming to grips with the country at war.

"I think the bubble's burst," di Giovanni told The Huffington Post by phone from Paris, a couple of weeks after returning.

Di Giovanni, who was reporting for Newsweek, said she doesn't know exactly why her application was accepted, but it could be a result of Kofi Annan's six-point plan for Syria, which suggested allowing "freedom of movement throughout the country for journalists and a non-discriminatory visa policy." (Whether or not Annan's plan influenced the government's willingness to grant visas, the bloodshed has continued.)

While the secret police are all over Syria, di Giovanni said that, in some ways, the regime was hands off and didn't guide her from site to site. "If I wanted to go somewhere I had to do it on my own, which was much riskier," she said.

Di Giovanni left the capital to report, but it was a glimpse inside Damascus that's very rare in Western media these days, given the limitations on visas. When the Washington Post published a story two weeks ago with a Damascus dateline, the reporter's byline was removed for security reasons. The Post hasn't had a staff correspondent in the city since July 2011, relying at times on contract writers. The New York Times will cite an "employee" reporting from Damascus on some stories, while the Associated Press relies on a contractor in the capital.

Damascus, the site of a major bombing last week, may look very different when Western journalists are able to return en masse -- especially if the regime falls.

One night, craving non-Syrian food, di Giovanni said she went with a friend to the pizzeria at the Four Seasons Hotel. However, the normally jam-packed restaurant was completely empty. They ate and drank alone.

"I keep thinking, in six months this place will be closed," she said. "In a year, it may be leveled." 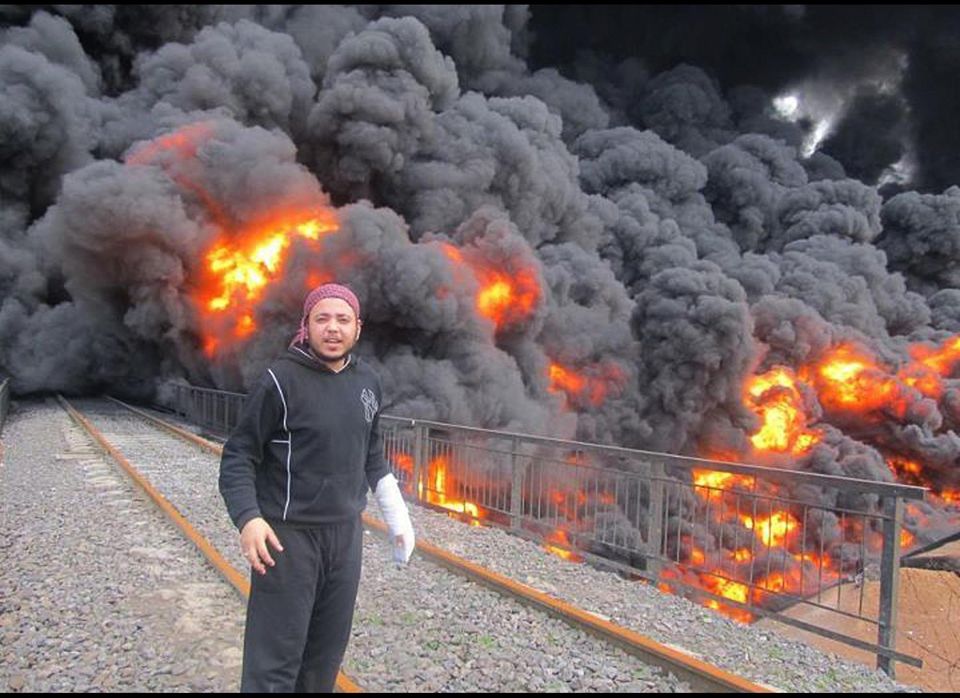