GENEVA -- The humanitarian crisis in Syria has gone on so long and is so devastating in its social impact -- with a huge migration, some direct and some coming from people in the existing camps in the countries surrounding Syria -- that we can lose sight of the military dangers that are now threatening the Middle East.

It has long been feared in NATO that the Syrian crisis would spill over into a wider war, but that moment is closer now than it has ever been before. Any serious analysis of the start of the First and Second World Wars reveals that a lack of clarity of intention is extremely dangerous.

At least there is an ongoing dialogue between Secretary of State John Kerry and Foreign Minister Sergey Lavrov. And, of course, it is possible that words have been spoken between these two and/or between President Obama and President Putin that has made the position of the respective parties clearer than might appear. The time has come, however, given that cease-fire after cease-fire has been broken, for a very clear statement from NATO's secretary general regarding its position and not left any longer to just bilateral exchanges between the U.S. and Russia. We can all hope that the latest cease-fire, which goes into effect on Saturday, holds. But more clarity is needed. 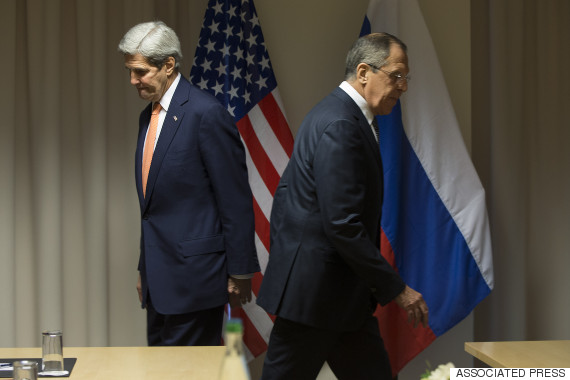 Since Russia first commenced airstrikes over Syria on Sept. 30, the situation on the ground has changed dramatically. It is easy to forget that Russia was responding to a request from Syrian President Bashar Assad to help keep open vital road connections between Damascus and the Mediterranean that were threatened by fighting. As seen from the Russian viewpoint, responding to that request was legitimate, since Russia has had, at the invitation of the Syrian government, naval bases in Syrian territory for over 45 years. It has to be recognized that other permanent members of the U.N. Security Council have responded to such requests from other countries in the past, claiming their military interventions were legitimate.

The Russians made clear that they were also coming in to help deal with the threat of the so-called Islamic State in Syria. It soon became apparent, however, that the Russian targeting strategy was less concerned with ISIS than tilting the balance of the civil war in favor of Assad and that Russian forces are now using tanks to target rebel strongholds in and around Aleppo.

Saudi Arabia has now moved fighter jets to Turkey with the aim of carrying out strikes inside Syria and has agreed to deploy special forces coming into Syria via Turkey.

Turkey is making it clearer by the day that it may feel it necessary to move from shelling mainly Kurdish positions inside Syria to moving troops and tanks into Syria. Meanwhile, concerns are being raised about Turkey invoking Article 5 of the NATO treaty, if Turkish forces were to be attacked by Russia or Syria. 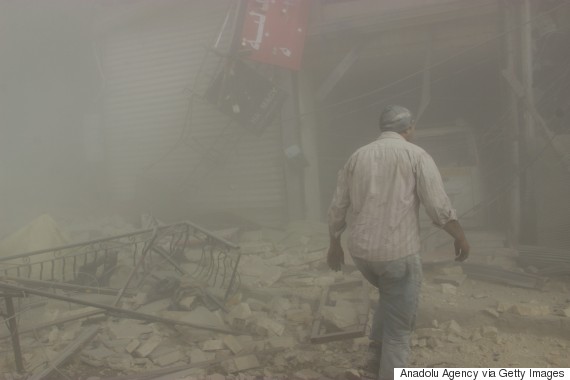 Advertisement
A Syrian walks past the rubbles of damaged buildings after the Russian airstrikes in Aleppo, Syria on Feb. 18, 2016. (Ibrahim Ebu Leys/Anadolu Agency/Getty Images)

NATO has every right to advise caution on Turkey, its fellow NATO member. But in these circumstances, following the Russian intervention -- now that its full nature is revealed -- it is very hard to argue that that it is not unreasonable for both Saudi Arabia and Turkey to contemplate such action.

Without clarity on these two issues, it seems there is a real danger of a military spillover. It may be that nothing can prevent a regional war. For the last few years, I have been arguing that no acceptable settlement is possible on the basis of a unified country without passing through a stage of geographical separation where cease-fires have a chance of holding.

It is much harder to get separation now -- some may say impossible -- unless imposed by Turkey and Saudi Arabia and possibly Jordan as well as Assad and Russia. Better that temporary solution than a fight to the end that we are very close to seeing.

Kerry and Lavrov should look again, as joint chairmen of the Vienna peace process, at geographical separation -- a tried and proven technique of bringing wars to an end and allowing time for an eventual stable peace within a unified country.