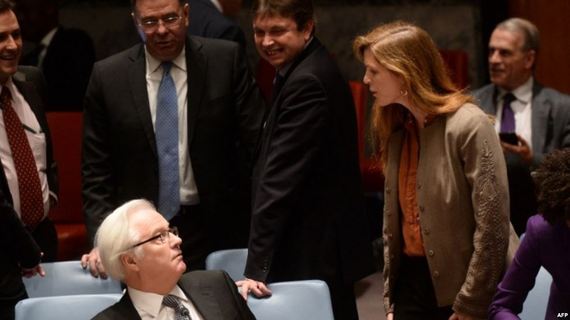 The civil war in Syria has taught the international community plenty of lessons, and not one of them is good. In fact, each and every one is an indictment on the entire rules-based order that has governed the international system since the end of World War II.

First, there is the obvious conclusion: Bashar al-Assad, the eye doctor who was whisked back into Syria to take over the job of heir-apparent from his older brother, is not the reformer we all hoped. His soft-spoken demeanor, his schooling in the west, his glamorous wife from London, and his early moves to open up Syria's economy - characteristics that led U.S. officials like Hillary Clinton, John Kerry, and Nancy Pelosi to look at him as a different, more urbane creature from his authoritarian father - went out the window as soon as he unleashed his security forces to gun down peaceful protesters.

Yet there is a much more important lesson to be learned, and it is one that multilateralists and humanitarians will be hard pressed to admit: Assad has vividly demonstrated what should have long been known, that the United Nations system is an entirely brittle structure where international justice and accountability is secondary to the core interests of U.N. member states.

We need look no further than this past Saturday, when the Security Council held yet another emergency session in New York in an attempt to revitalize a cessation of hostilities in Aleppo. After the usual speeches, chest-pumping, and blame shifting, the Security Council ended their Syria meeting in pretty much the same fashion as every other discussion on the issue: without result. A French - and Spanish- drafted resolution that would have required the Syrian and Russian air forces to stop their bombing missions in Aleppo and ground their aircraft over the city was predictably vetoed by Moscow. A Russian-drafted resolution that would codify the failed U.S.-Russia cessation of hostilities agreement and ask the Secretary-General to prepare options "to normalize the situation in Aleppo" didn't go anywhere either.

The world's most powerful body concluded the day's business, once again, with nothing but empty time wasted.

An International indictment for war crimes against Bashar al-Assad? Forget about it. At least at the present time, Russia's veto power is an assurance that any move in the Security Council to pass the Syria situation to the International Criminal Court or a special court similar to the Yugoslavia, Rwanda, or Sierra Leone tribunals are out of the question.

Adherence to Security Council resolutions on humanitarian aid has turned out to be unenforceable too. The Assad regime has leveraged the delivery of humanitarian assistance as a weapon against his enemies, a tactic that violates the laws of war but one that Damascus has been able to use throughout the conflict.

And unless the United States and its allies in Great Britain, France, or the Arab world are willing to punish the Syrian regime militarily for these infractions - a prospect that would likely further soar relations with Moscow and push the Russians to escalate the war even more - blocking humanitarian aid will continue to occur.

Humanitarians who have studied and practiced international justice for a living look upon all of these developments as a travesty - an extreme example of the international community failing to work together in order to place accountability and justice for crimes against humanity at the forefront of the global agenda.

What these same humanitarians fail to take into account, however, is a hard truth of international politics: whether we like it or not, the majority of nations pursue their own strategic interests, even at a time when the Responsibility to Protect doctrine is promoted by many liberal interventionists in western nations as a necessity.

Throughout history, states and great powers have utilized their military and diplomatic might to strengthen their own positions relative to their adversaries, increase their influence, and implementing policies with their own national security in mind. 21st Century ideals of a more pure and progressive world aside, cold-hearted realism is still very much the primary concept that shapes how a state behaves and whether violence is used to attain an objective.

For the Russians, keeping the Assad regime afloat and eliminating the moderate opposition from Aleppo is far more essential to its bottom line than decreasing the violence and following the Geneva Conventions to the letter. Moscow has demonstrated over the past two decades that it is more than willing to use an unprecedented amount of military force to snuff out a rebellion (Grozny, Chechnya) or assist an ally in degrading a common enemy (Aleppo, Syria). None of us should be surprised that Russia is using its power, both military and diplomatic, to achieve its objective.

This realist behavior isn't exclusive to Russia. For Prime Minister Theresa May's government, watering down anti-Saudi resolutions in the Human Rights Council for its conduct in Yemen is portrayed as a vital component in keeping the U.K.-Saudi relationship intact. Washington's protection of the South Sudanese government from an arms embargo, despite the fact that the country's security forces have been implicated in mass rape, pillaging, destruction of property, summary executions, and blocking of U.N. aid workers, is yet another instance of realism overshadowing justice. To the Obama administration, South Sudanese peace and keeping the world's youngest nation away from the cliff of disaster and anarchy takes precedence over holding the military and political leaders of President Salva Kiir's government to an objective human-rights standard.

Whether or not the U.N. is losing its legitimacy is therefor the wrong question. The real question is whether the U.N. was ever anything other than a forum where governments can cooperate when they can, but stand up to their own global interests when they must.

Realism is still the name of the game in the international system. U.S. officials responsible for the implementation of our nation's foreign policy can either adjust and play the game like everyone else, or sit in the peanut gallery and complain. The problem with that last option is that nobody is listening.

----- Daniel DePetris is a fellow at Defense Priorities.