BEIRUT, Dec 27 (Reuters) - Newly-arrived Arab League peace monitors will try on Tuesday to see for themselves the situation in the Syrian city of Homs, which opponents of President Bashar al-Assad say has been pulverised by government troops and tanks in recent days.

At least 31 people were killed in the city on Monday as tanks fired into districts where opposition has been strongest to Assad's rule, activists said.

Assad's opponents fear that the monitors - who arrived in the country on Monday after weeks of negotiations with Arab states - will be used as a cloak of respectability for a government that will hide the extent of violence.

Assad, heir to a 41-year-old dynasty, says he is facing an attack by Islamist terrorists directed from abroad.

The launch of the monitoring mission marks the first international intervention on the ground in Syria since the revolt broke out nine months ago, when the government cracked down on protests inspired by uprisings across the Arab world.

The first 50 of an eventual 150 monitors arrived on Monday. They will be split into five teams of 10, one of which is due to visit Homs on Tuesday.

The teams will use government transport, according to their head, a Sudanese general. Delegates insist the mission will nevertheless maintain the "element of surprise" and be able to go wherever it chooses with no notice.

The monitors are meant to determine whether the government is abiding by a peace plan that requires it to withdraw troops from cities, free prisoners and open dialogue with its opponents. Assad has so far shown no sign implementing the deal.

Amateur video posted by activists on the Internet showed tanks in action in the streets next to apartment blocks in the Baba Amr district of Homs on Monday. One fired its main gun and another appeared to launch mortar rounds.

Mangled bodies lay in pools of blood on a narrow street, the video showed. Power lines had collapsed and cars were burnt and blasted, as if shelled by tank or mortar rounds.

"What's happening is a slaughter," said Fadi, a resident living nearby.

An armed insurgency is eclipsing civilian protest in Syria. Many fear a slide to sectarian war between the Sunni Muslim majority, the driving force of the protest movement, and minorities that have mostly stayed loyal to the government, particularly the Alawite sect to which Assad belongs.

Analysts say the Arab League is anxious to avoid civil war. The West has shown no desire to intervene militarily and the United Nations Security Council is split.

Assad's opponents appear divided on aims and tactics. The government still retains strong support in much of the country, which lies at a crucial nexus of Middle East political and strategic forces.

Fighting in Homs has intensified since a double suicide bombing in Damascus on Friday that killed 44 people.

At least ten army defectors were killed in fighting with security forces in the suburb of Douma outside Damascus, according to the British-based Syrian Observatory for Human Rights. The group estimated the death toll may be higher, in the dozens, with casualties at a similar rate among security forces.

Homs resident Fadi told Reuters via Skype that residents and rebel fighters were trapped by trenches the army had dug around the Baba Amr neighbourhood in recent weeks.

"They are benefiting from trenches. Neither the people nor the gunmen or army defectors are able to flee. The army has been descending on the area for the past two days."

Others said the army was also taking a hit.

"The violence is definitely two-sided," said a Homs resident who gave his name only as Mohammed to protect his safety. "I've been seeing ambulances filled with wounded soldiers passing by my window in the past days. They're getting shot somehow."

Parts of Homs are defended by the Free Syrian Army, made up of defectors from the regular armed forces, who say they have tried to protect civilians.

"There are many casualties," activist Yazen Homsi told the Avaaz opposition group from Homs. "It is very difficult to access them and provide treatment as a result of the heavy shelling throughout the neighbourhood."

The Observatory documented names of those reported killed in Monday's clashes. It also reported four people killed on the outskirts of Hama, north of Homs, as security forces fired on protests.

The Syrian government has banned most access by independent media, making it difficult to verify accounts of events.

"Our Syrian brothers are cooperating very well and without any restrictions so far," he told Reuters.

But he added that Syrian forces would be providing transportation for the observers - a move likely to fuel charges by the anti-Assad opposition that the monitoring mission will be blinded from the outset.

Arab delegates said they would maintain the upper hand.

"The element of surprise will be present," said monitor Mohamed Salem al-Kaaby from the United Arab Emirates.

"We will inform the Syrian side the areas we will visit on the same day so that there will be no room to direct monitors or change realities on the ground by either side." (Additional reporting by Mariam Karouny in Beirut, Ayman Samir and Marwa Awad in Cairo and Ayat Basma in Beirut; Writing by Douglas Hamilton) 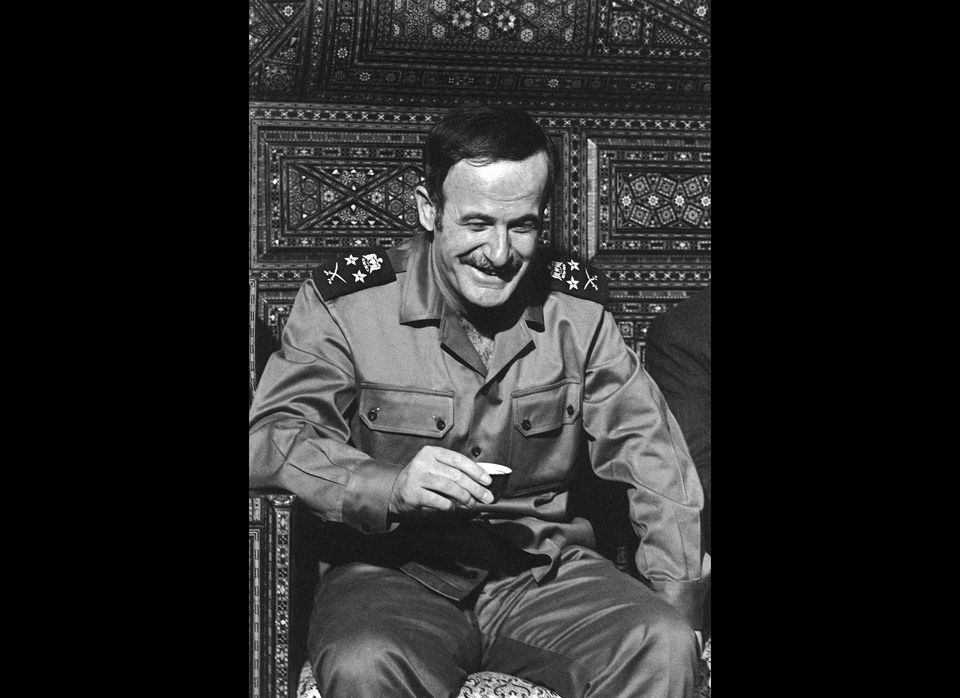 1 / 10
1971: Hafez Assad Elected President
Hafez Assad, Bashar's father, was elected president in a plebiscite in 1971 after decades of coups. Assad senior installed a repressive regime, characterized by a cult of personality. The Assads belong to the Islamic Allawites sect, a religious minority in mostly Sunni Syria.
Getty