WASHINGTON -- The chairman of the Joint Chiefs of Staff, Gen. Martin Dempsey, said Tuesday he is "cautious" about U.S. military intervention in Syria because of doubts that it would halt the violence or achieve political reconciliation.

He cast doubt on the effectiveness of establishing a no-fly zone, saying that only about 10 percent of the casualties suffered by anti-regime forces are caused by air strikes. He said 90 percent are caused by small arms and artillery, which would be unaffected by a no-fly zone.

Dempsey, an Army officer who is the nation's most senior military commander and chief military adviser to the president, also said the Joint Chiefs have "not yet" been asked to look at options for putting American ground forces inside Syria.

Asked in a meeting with reporters Tuesday about growing agitation in Congress for the United States to intervene in Syria, Dempsey said he was not convinced that military action "would produce the kind of outcome I think that not only members of Congress but all of us would desire, which is an end to the violence, some kind of political reconciliation among the parties, and a stable Syria. That's the reason I've been ... cautious, is the right word, about the application of military power."

"It's not clear to me that it would produce that outcome," Dempsey said. "That said, options are on the table and if it becomes either clear to me or I'm ordered to do so, we will act. But at the moment, that hasn't occurred."

The Obama administration is under growing pressure to act against Syria because of the horrific civilian casualties inflicted by the crumbling regime of President Bashar Assad, now estimated by the United Nations at over 70,000 dead.

In addition, the White House said last week it had some evidence that the deadly nerve agent sarin had been used in Syria. But President Obama, who had earlier said the use of chemical weapons would be a "red line" Assad must not cross, said at a new conference Tuesday that the U.S. is working to confirm the details of the chemical attack before he decides how to respond.

Demands for the United States to establish a "no-fly" zone over Syria are growing, with Sen. Lindsey Graham (R-S.C.) asserting that there is increased support in Congress for some kind of military action.

"You don't need to go deep into Syria to do that," Graham said Sunday on CBS' "Face the Nation."

"If you could neutralize the air advantage the Syrian government has over the rebels, I think you could turn the tide of battle pretty quickly," he said.

Graham and others have pointed to the effectiveness of the no-fly zone that U.S. forces set up over Libya in 2011, an operation that, in conjunction with a "no-drive" zone, crippled the Libyan military and led to the overthrow and death of strongman Muammar Gaddafi that October.

But the idea of a quick, easy and effective no-fly zone over Syria is discounted by Dempsey and other military experts.

Libya's air defenses were two or three decades old and concentrated on Libya's coast and major oil ports. U.S. bombers, cruise missiles and strike fighters took them out and established control of the air within 72 hours.

Syria has five times more air defense weapons, Dempsey said Tuesday. They include state-of-the-art Russian weapons such as the SA-5 Gammon, with a range of 175 miles, and the SA-2 Pantsir-S1, a mobile surface-to-air missile system.

Taking down an integrated, dense air defense system like this would typically require barrages of cruise missiles fired from surface ships or submarines in the Eastern Mediterranean, followed by penetrating strikes by U.S.-based B-2 "stealth" bombers and strike fighters flying with radar-jamming and other specialty attack aircraft.

These attacks would take days and hundreds of cruise missile strikes, many of them in civilian neighborhoods, said Christopher S. Chivvis, a senior analyst at the RAND Corp. and author of a new book on the Libyan war, Toppling Gadaffi.

The massive military operation would put U.S. pilots and air crews inside Syrian air space, some of them assigned to hunt down Syria's mobile missiles. The risk of a downed airman requires a powerful rescue force to be on alert nearby. This would likely be what the Marines call a Sparrowhawk or Bald Eagle force, staged on an amphibious ship off the Syrian coast and poised for a mission called a TRAP, or tactical recovery of aircraft and personnel.

On a typical TRAP mission, Marines in V-22 Osprey tilt-rotor aircraft would zoom inland after a downed airman was located. Marine infantry would form a defense perimeter on the ground while the rescue was in effect, as was the case two years ago when an F-15 crew ejected over Libya. Helicopter gunships or strike jets would accompany the Marine TRAP mission until it was safely out of Syrian airspace.

Although Marines practice TRAP missions constantly, it can be a risky operation in hostile territory with the possibility of mechanical breakdowns or interference with local fighters.

Another significant risk with the United States establishing and enforcing a no-fly zone over Syria is that it is essentially an act of war that would likely prompt a hostile Syrian response and could have negative diplomatic repercussions in the region.

"I have to assume that the potential adversary is not going to just sit back and allow us to impose our will on them," Dempsey said Tuesday, suggesting that Syria could make trouble "outside of their borders" by threatening Israel or Turkey, both strong U.S. allies.

The military power and destruction involved in setting up a no-fly zone would likely have damaging repercussions in the region, Chivvis said, noting that the United States fired well over 100 Tomahawk cruise missiles into Libya, far short of what would be required in Syria. "Think how that's going to look in the region, with the civilians killed inadvertently in the process," Chivvis said. Nations that now support efforts to oust Assad, including Saudi Arabia, Qatar, Jordan and Turkey, could go "wobbly" as the air campaign wore on, the chaos mounted "and it starts looking like a repeat of Iraq," he said.

Dempsey also urged caution on escalation: if a no-fly zone were established and shut down Assad's air forces -- and his army continued to kill and injure civilians and the war continued to escalate -- what then? He speculated that the Pentagon could be "asked to do more," to become more deeply engaged.

"None of these are reasons not to take action," he said. "But they all should be considered before we take that first step."

PHOTO GALLERY
Most Popular Presidents In The Americas 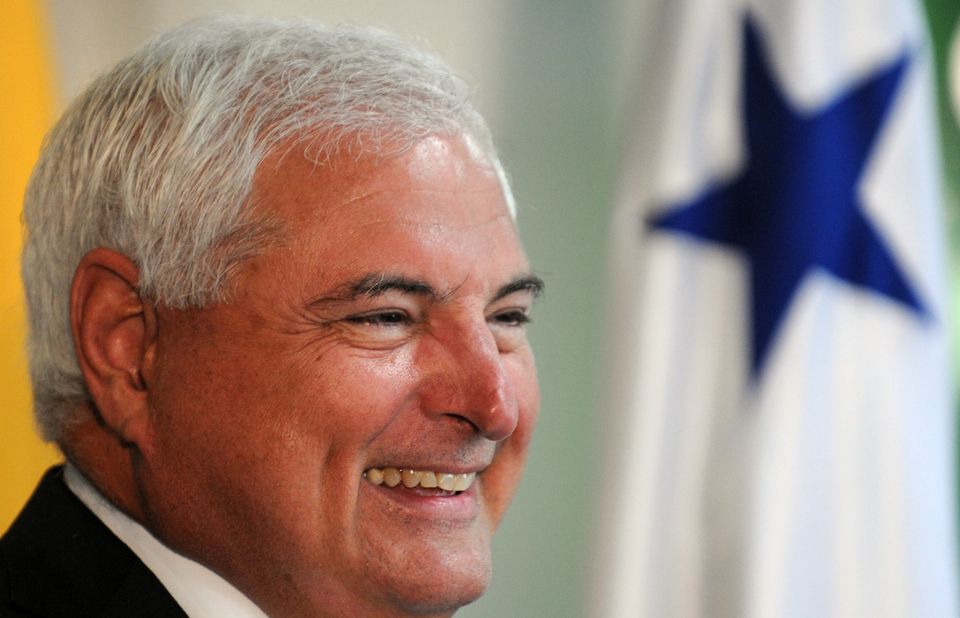