God forbid anyone should ever experience the firing of an army tank shell in real life. But this video, captured by a Syrian rebel's camera, gives a rare glimpse into the reality of being in a tank's line of fire.

The footage reportedly comes from Damascus' Jobar district, according to The Daily Caller, though it remains unclear whether any casualties resulted from the blast. The shell just missed the camera, leaving the following footage in tact.

Syria's ongoing civil war began in 2011, with opposition groups calling for the resignation of President Bashar Assad. Some reports claim the death toll has reached as high as 120,000 people, while more than 2 million Syrians have fled to neighboring countries. The Syrian Army has been accused of using a litany of powerful weapons to quell rebel forces, including cluster bombs, scud missiles and chemical weapons. 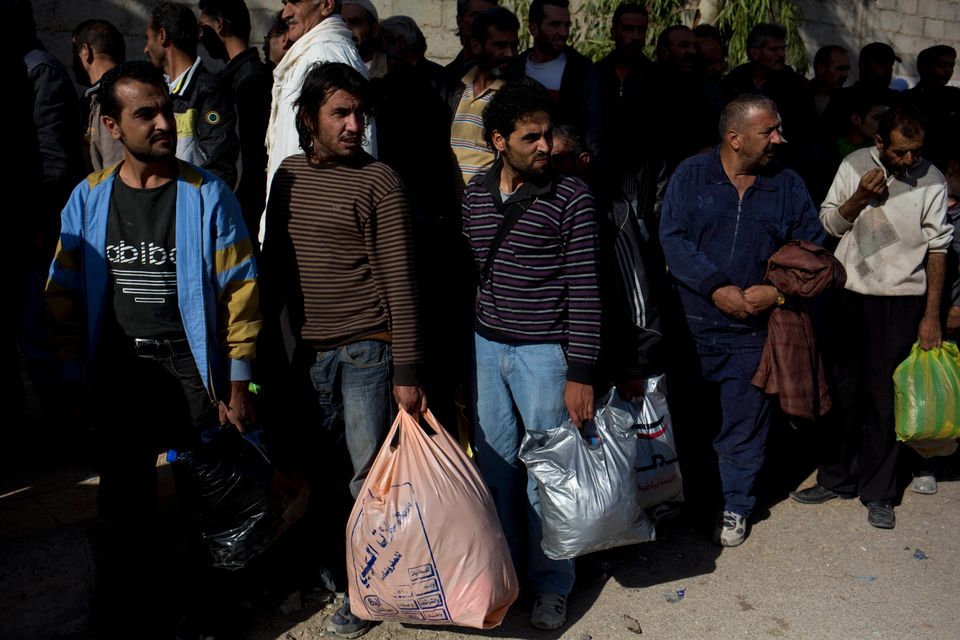 1 / 12
Men wait to be searched by the Syrian military after they have crossed from the rebel held suburb of Moadamiyeh to the government held territory Tuesday Oct. 29, 2013 in Damascus, Syria. (AP Photo/Dusan Vranic)
AP