All of us, and especially we Syrians, need the violence to end. Now, more than ever, peace talks on Syria must succeed. We need a peace that will hold. And we can achieve that. To do so, we need world leaders who have been meeting in Vienna to listen to our voice: guarantee our protection. Save our Syria.

Peace in Syria and international security will not come through airstrikes against ISIS alone. Peace will not come if Assad continues to wage war on civilians. Peace won't develop in the backrooms of Vienna if Syrian streets are soaked in blood. If the international community is serious about reaching a political solution in Syria, world leaders must end the indiscriminate violence that costs Syrian lives. To save our Syria, to protect international security, we must first save Syrian civilians.

Not a single Syrian has been at the negotiating table -- despite repeated assurances that any future transition would be Syria-led and Syrian-owned.

After four weeks of the Vienna talks on Syria, world leaders produced a nine-point communiqué that makes no mention of Syrian civilians, no reference to our calls for protection and no guarantee to take the measures needed to end the indiscriminate violence that kills so many. World leaders are not on a path towards peace and security in Syria because they are not listening to Syrian voices. Not a single Syrian has been at the negotiating table -- despite repeated assurances that any future transition would be Syria-led and Syrian-owned. World leaders must do better when they next meet on Dec. 18 in New York.

Syrian lives matter. Syrian blood is being shed. Syrians must bring about the peace that will heal our country. It is our voices -- above all others -- that deserve to be heard. And our voices -- overwhelmingly -- are calling for civilian protection. Unless the participants at Vienna recognize and act on our calls for civilian protection, talks will lack legitimacy and will not secure peace.

We want protection from the barrel bombs, cluster munitions and chemical weapons that suffocate, maim and kill our children.

Protection is the key to saving lives in Syria. It is also the key to getting peace talks on track and to reaching a political solution. We saw in Geneva in 2014 that talks won't work if Syrians are being starved into submission and bombed into oblivion. They won't gain traction if civilians are subject to relentless indiscriminate attacks, while high-profile leaders talk "peace" in far-off European capitals. Talks will fail if ordinary Syrians see them as little more than a cover for escalating violence on the ground or as a diplomatic charade that does little more than raise false hopes.

We Syrians want the Vienna process to succeed. We are desperate for peace. If Vienna could deliver a ceasefire, that would be a big step towards peace. But war has taught us that we must be realistic. No process throughout the conflict has delivered a comprehensive ceasefire, even when the parties have agreed to it.

To guard against the potential for the talks to fail, participants of the Vienna talks must guarantee to enforce civilian protection. Such a guarantee would make Syrians' buy-in more likely, and it would increase the odds that the Syrian regime and Russia stop their killing of their own volition.

Unless the participants at Vienna recognize and act on our calls for civilian protection, talks will lack legitimacy and will not secure peace.

After close to five years of conflict, our country is in ruins. At least 250,000 of our brothers and sisters have died. Half of our people have been displaced, and the other half is in need of humanitarian assistance. The tragedy and insecurity of Syria is fuelling ISIS recruitment, causing mass flows of refugees and destabilizing Europe.

Terrorism and extremism are posing an unprecedented threat. The entire world is watching Syria in full awareness that the killing must stop. It's time the world listens to Syrians and does what Syrians know must be done to end the conflict. Guarantee the protection of civilians. Save our Syria before it's too late. 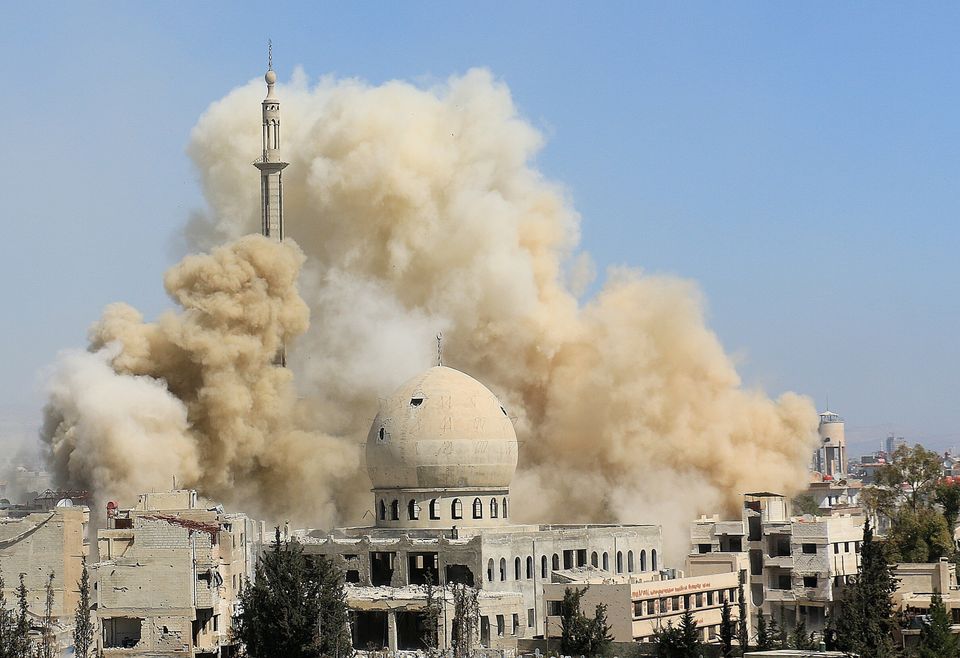