This Syrian refugee was swimming for her life a few months ago. But now she's using her skills in hopes of making a splash on the Olympic scene.

Yusra Mardini, an 18-year-old Syrian refugee who fled Damascus with her sister last year, endured hours swimming in the Aegean Sea after the boat she was on began to fill with water.

The teen, who has been training as a swimmer for about a decade, eventually found safety in Germany, along with her family. Now she's looking for a spot on an Olympic team made up of refugees, in order to compete at the 2016 Olympic Games in Rio de Janeiro.

“I want to show everybody that it’s hard to arrive at your dreams but it’s not impossible," Mardini, who wants to compete in the 200 meter freestyle event, said in a statement. "You can do it; everyone can do it if I can do it, any athlete can do it.”

According to TakePart, the teen's path to safety was a brutal one. During the attempt to make the passage to Lesbos, Greece, the motor of the boat carrying Mardini and others stopped working. The teen was one of three swimmers on the boat, which was carrying 20 refugees. The trio jumped in the water to push the boat to Greek land.

“We were [swimming] in the water for three-and-a-half hours until we got to Greece. It was really horrible,” Mardini told the outlet. “I couldn’t see anything, I wear glasses. The trip was a straight line. We could see the island, but never reach it.”

After 25 days of travel, which included a six-hour trek through a cornfield and even running away after getting arrested by Serbian police, she made it to Berlin with her sister, where she reunited with her family, TakePart reported. Since then, Mardini, along with 43 others, has been vying for a spot on the Refugee Olympic Athletes team, which was created by the Executive Board of the International Olympic Committee in early March. Ultimately, there will only be about five to 10 places on the team available, the release noted.

In about two months, the swimmer will find out if she's made the team. For now, she has more work to do. In order to meet the B standard of the International Swimming Federation and possibly qualify for the Games, she faces the task of cutting her personal best time down by a few seconds,TakePart reported.

And whatever the future has in store for the teen, one thing is certain -- Mardini is not a quitter. 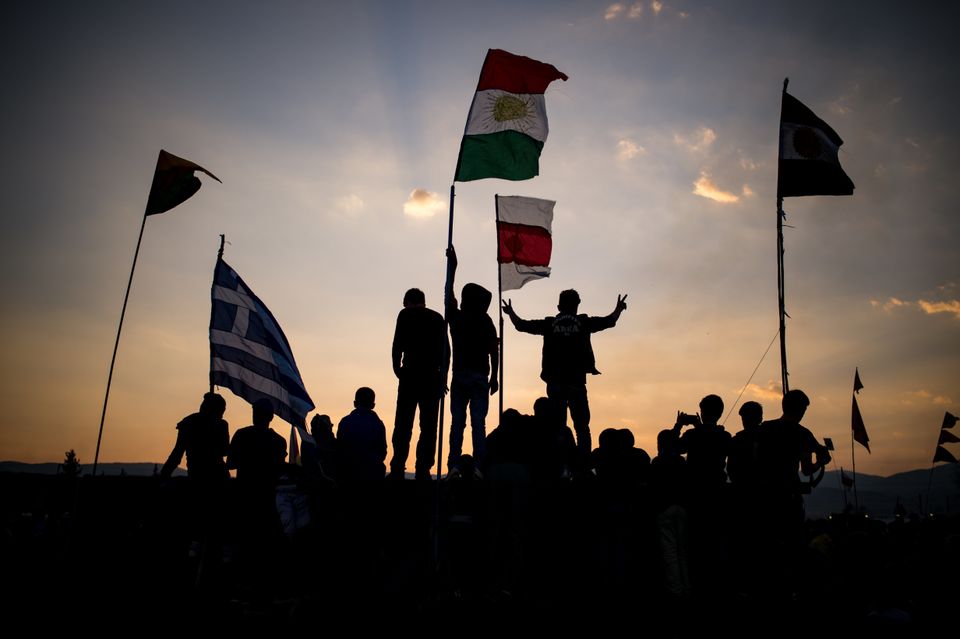