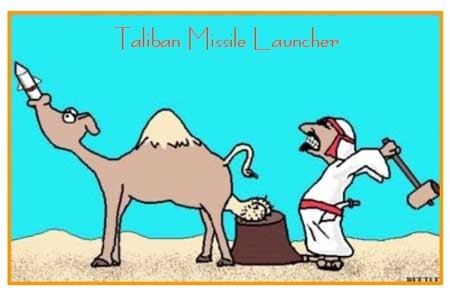 It is hard to dissect fiction and imaginary from reality and facts when dwelling on this ongoing US-Syrian diplomatic contraction. There is a daily chore of leaks, rumors, blame games, and preventive warnings by a divided Washington and an undecided Damascus.

The scud missile controversy did not pop out of nowhere in the last couple of weeks; it was a story in the making since January at least. In fact, at first, "scud" was not the buzz word. Other warfare names were floating around then like "Surface to Air Missile SA-2," which can be carried and launched by a single person. A scud is around 37 feet and 11,000 pounds. As Jeff White of the Washington Institute of Near East Policy explains, "this is not a Katyusha which you can haul out into a farmer's field and fire off with a garage door opener." (And Arabs are big on the notorious Soviet-made and inaccurate Scud; they love inaccuracy sometimes. It was used by Egypt, Iraq, and Yemen. This is why the story is perfect to terrify Israel. Plus, even Iranians have them!)

What got us to here in the first place? I would argue that it is simply February Madness. Let's recap. The story starts on February 26, 2009, when tAssistant Secretary of State for Near East Affairs Jeffrey Feltman invited Syrian Ambassador Imad Mustapha to the State Department for a cordial two-hour meeting. Now, it was by no means easy for these two men to bond; there's a lot of the historical baggage between the Syrian academic (whose diplomacy is driven by emotions,) and the US intellectual (whose diplomacy is shaped by his experience in Lebanon).

After exactly one year, on February 26, 2010, Feltman summoned Mustapha, again informing him about US concerns over the transfer of weapons to Hezbollah. This meeting was surrounded by two telling events: Israeli Defense Minister Ehud Barak was in Washington warning about the situation in Lebanon, while, on the same day, the first straw of the US-Lebanese security treaty controversy spiraled out of control in Beirut, challenging the residual US influence in the country. It seemed a cold war was about to start.

Even though Iran is the background and Lebanon is the field, there is more to the story. After Syria and Israel failed to resume proximity talks, the mood became wary. On February 1st, Israeli Defense Minister Ehud Barak affirmed that not talking to Syria could lead to war sooner or later. Syrian Foreign Minister Walid al-Muallem misinterpreted the Israeli political dynamic and replied immediately: "Do not test, you Israelis, the determination of Syria. You know that war this time would move to your cities".

The Israeli right wing swiftly jumped in with the foreign minister of settlements, Avigdor Lieberman: "Assad should know that if he attacks, he will not only lose the war. Neither he or his family will remain in power". Later Hezbollah's Secretary General Hassan Nasrallah weighed in on February 16 declaring, in a speech, that if Beirut is bombed, Tel Aviv will be hit in return. The second day, on February 17, Under Secretary of State Bill Burns was due in Damascus to meet Assad and diffuse tensions between Syria and Israel. Burns came empty handed and Assad told him he had nothing to give. Assad drifted away and was embraced by Iranian President Mahmoud Ahmadinejad in a summit on February 25.

By the end of March, Israeli Prime Minister Benjamin Netanyahu's relationship to President Barack Obama was strained and the US Congress became a bit more hawkish in Middle East foreign policy. Obama said no to bombing Iran and Netanyahu said no to halting settlements. The White House was portrayed as cornering allies like Israel and pampering rogue states like Syria. The result was a minor policy shakeup for those inside the administration who advocate tougher US approach in the region.

Feltman said last week that "all options are on the table, including military options" if scud reports turned out to be true. He maintained that the source was American not Israeli and that they are still studying the credibility of their intelligence. First of all, in the intelligence world, you either know or not; there is no psychic reading here. Secondly, few in Washington seem to take these allegations seriously and one cannot make policy based on assumptions. Third, will the US forces target Syria or Lebanon if the reports are true -- or will it subcontract to Israeli troops? How easy would it be to get a green light from the Pentagon for this? Even Saudi Arabia and Egypt are belittling the scud allegations and moving closer towards Damascus.

On the Syrian side, the rhetoric remains mundane, to say the least. Assad is invested in the status quo and feels more confident after breaking his isolation. But talking about bombing Israeli cities with Syria's modest military capability and record of confrontation does not make sense and the timing of the summit with Ahmadinejad is not a strategic coup per se. Assad is anxious about the nature of the US approach to Syria and is conducting policy out of this anxiety, coupled with poor advice in his inner circle. Obama's ambiguity is Assad's perplexity.

I had a drink at the end of last year with a US official who gave me the first insight about US policy towards Lebanon under Obama. He said he was convinced that we should try engagement with Syria. But, if that is the case, "who will be the enemy? It has to be Hezbollah." Hezbollah's leverage is unchecked and is involved in Lebanese politics like never before, for a political cover in an uncertain environment while Syria's allies in Lebanon are mostly on the bench, unable to take the initiative. It is undeniable that weaponry is reaching Hezbollah through the Syrian border. This has been the status of the conflict for decades, the transfer is ongoing since the 1990s but the argument that the scud reports, even if true, are a game changer is silly for any serious military analyst.

The only game changer there is no more love for Syria in Israel. This defying public rhetoric between the two countries is a reaction to the evolving dynamic in Lebanese politics. The Syrian-Saudi rapprochement anesthetized the domestic debate about Hezbollah's weaponry. The balance of power that produced United Nations Security Council Resolution 1701 and the Doha Agreement ending Lebanon's political crisis did not shift yet, and this psychological war is an attempt to project a non-existing reality on the ground.