As Syria's tragic civil war enters its fifth year, we can't forget the silent enemy that civilians face daily: hunger. We, the international community, must do everything possible to feed Syria's war victims.

While rebels have battled the Assad regime, and while the terrorist group ISIS has conquered territory, hunger has escalated.

The UN World Food Programme (WFP) is feeding over four million Syrians inside the war-devastated country. They are also feeding nearly two million Syrians who have fled throughout the Middle East.

The Syrian refugees are hungry and scared. The children are at risk of severe malnutrition. Any road to peace for Syria must contend with this powerful hunger menace. We must support WFP, Catholic Relief Services, Save the Children, Norwegian Refugee Council, and other charities that are providing aid.

We can find some inspiration in our own history. Back in 1924, if you went to a movie theater, you would likely see Americans standing in line with cans of condensed milk.

The milk was their price of admission to the show. It was collected by the Near East Relief Committee. This was a charitable organization dedicated to providing humanitarian aid in Syria and other countries suffering in the aftermath of World War I.

Children in Los Angeles also carried cans of milk to school. It was not for their own lunch but instead placed in a donation barrel for children in Syria and elsewhere. 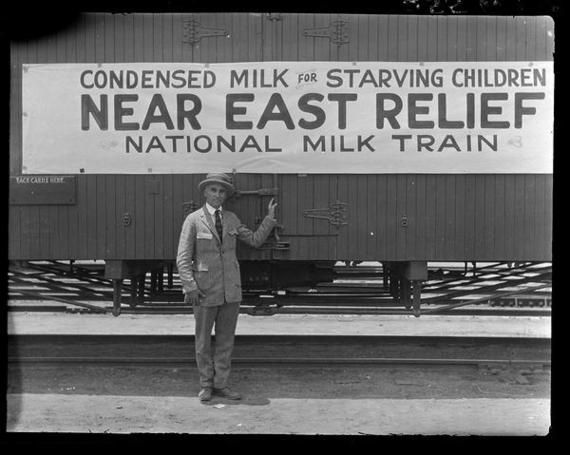 A train went across the United States collecting more milk and other supplies. All these donations were given to the Near East Relief Committee.

The milk from America would be delivered to orphan children in Syria, Armenia, Greece, and Palestine.

In fact, a famous child movie star of the 1920s, Jackie Coogan, helped the Milk Train collect donations for Near East Relief. Coogan was later known for playing the role of Uncle Fester in The Addams Family television show.

The Near East Relief Committee carried out numerous programs to help Syrians, including soup kitchens for refugees and caring for orphans in Aleppo churches. They helped families rebuild their livelihoods through agricultural projects. They even used camels to deliver milk and supplies to remote locations.

Donations from America helped Near East Relief carry out their heroic work. America's bond with Syrians goes back many years. In the dark aftermath of World War I, Americans responded generously to the needy in the Middle East.

Syrians, who once had a good standard of living now have lost everything. They have fled their homes and towns. They live in shelters in other parts of the country and depend on food assistance. Others have fled to neighboring countries. WFP says more than 50 percent of Syrians now live under the poverty line. 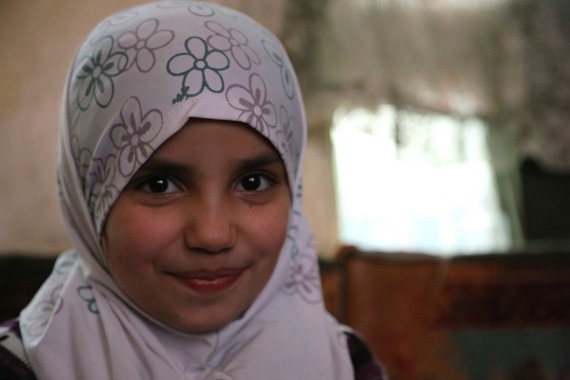 The stress is hardest on children. Alaa is a 9-year-old girl who has been displaced multiple times by the war. WFP says the shock has taken a toll on Alaa's immune system, and she is sick often. Alaa wants to be a pharmacist when she grows up, to help people get well. But like that of so many other Syrian children, her future is in jeopardy.

Some civilians are trapped in the war zone, living day to day, searching through garbage for anything to eat. What food is available is so high-priced it's out of reach.

WFP says, "Since the start of the crisis, 50 percent of Syria's public bakeries have been damaged, increasing bread prices by 300 percent on average and up to 1000 percent in the hardest hit areas." To make things even worse, drought has hit the country, making food production even more difficult.

There cannot be a peace established in Syria among a starving population. There is also a real fear that desperate and hungry Syrian refugees may turn to help from extremist groups.

This is a giant humanitarian crisis. The funding needs are huge. One estimate says WFP needs 28 million a week for the relief mission.

As WFP's Dina El-Kassaby pleads, "All of us must stand by the people of Syria and help them cope with the enormous difficulties they face so that they do not give up hope."

We must keep the train of humanitarian aid moving. We must respond to the cries of help coming from Syria and the Middle East.

Read an account of hunger in Syria by WFP's Dina El-Kassaby at the World Food Program USA site.