T-Mobile's U.S. customers will soon be able to call and text people in Canada and Mexico -- and use their cell phones while traveling in those countries -- without incurring any additional fees.

"We've just created one gigantic country in North America," T-Mobile CEO John Legere said, per CNN Money. "This is about creating a continental experience. The communication across borders should be seamless."

The wireless carrier announced Thursday that all T-Mobile Simple Choice customers will be able to use their phones across North America at no added cost starting on July 15.

“Called ‘Mobile without Borders,’ this first-of-its-kind move delivers calling to both land lines and mobile phones -- as well as 4G LTE data straight from your plan -- across all three countries at no additional cost,” the company said in a news release. “The epic upgrade makes Simple Choice the first and only wireless plan to span an entire continent.”

“Mobile without Borders” is part of T-Mobile’s Uncarrier strategy, which was launched a few years ago in an effort to win more customers. So far, T-Mobile has attempted to one-up its rivals by doing away with two-year contracts, dropping data roaming fees, and allowing its customers to upgrade their phones for free at any time, among other promotions. 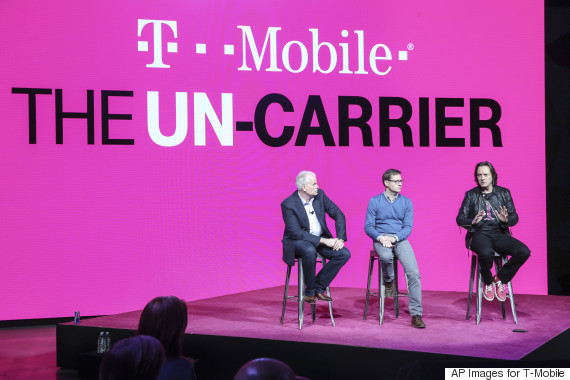 It seems T-Mobile’s strategy has been working. The company said Thursday that it added 2.1 million new customers in Q2 of this year. “This marks the ninth consecutive quarter that T-Mobile has delivered over 1 million total net customer additions,” the carrier said.

According to Mashable, T-Mobile’s “rise from last-place carrier in the U.S. to third place behind AT&T and Verizon is largely attributed to Legere’s aggressive Uncarrier campaign.”

In a video introducing “Mobile without Borders,” Legere explained the rationale behind the new promotion.

Click here to find out more about the new promotion.