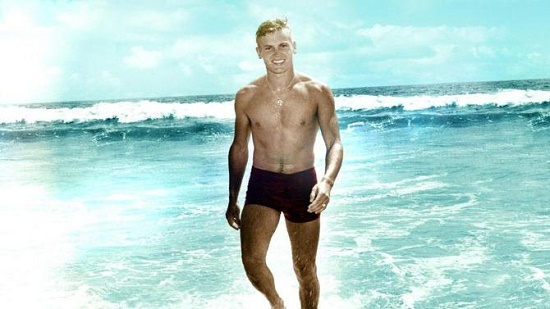 Hollywood legend Tab Hunter "dropped by" The Nicholas Snow Show podcast studios to discuss a Hollywood life lived in the closet, as explored in the documentary, Tab Hunter Confidential. The tagline for the film?

Hollywood's All American Boy Had A Secret.

An intensely private person, Hunter felt it was important to share his journey, but one can tell when listening to him that he much prefers a private life with his partner (producer Allan Glaser), friends and horses. Hunter explains in our interview that his partner told a journalist in another interview: "Tab stepped out of the closet, turned around, went back in and closed the door behind him."

His journey out of the closet is part of the film, but on a greater level, the film is about the Hollywood machine and a man looking to find his freedom. This is a film about a man who evolves. One thing is clear from our interview. He believes in the power of positive thinking.

"We've got to be positive about it, because there's so much negativity in the world, and I don't want that to be a part of my life."

Of Hollywood, Mr. Hunter tells me: 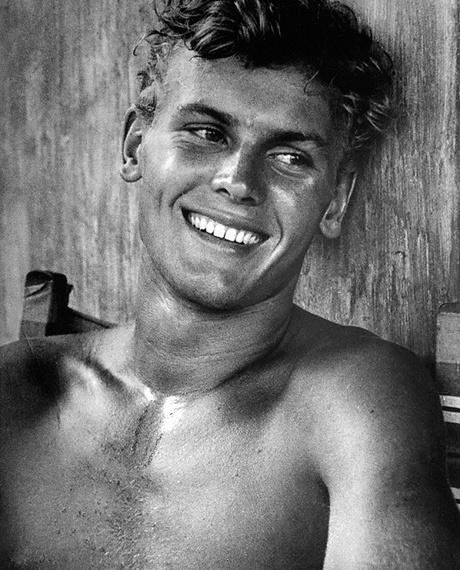 At no point, in my opinion, does the film depict Hunter's closeted life as having been isolated or lonely, and it's surprising that he was able to date so many high profile men in Hollywood, seemingly without consequence. Well, there were arranged dates with female movie stars -- beards as they're called -- as gay actors in Hollywood were protected by the powerful studio moguls. Hunter explains: "Warner Brothers never said a word to me at all, but I was doing my job as an actor, and they employed me... It was the end of the studio system. It was amazing to be part of that because it's such a different institution now."

Does Hunter have plans to marry his longtime partner? And what does he have to say about Natalie Wood, Rock Hudson and others? Does he think his film will change lives? Does he think Hollywood is ready for an out gay leading man? Listen to my show and find out, and by all means, see this fascinating film. 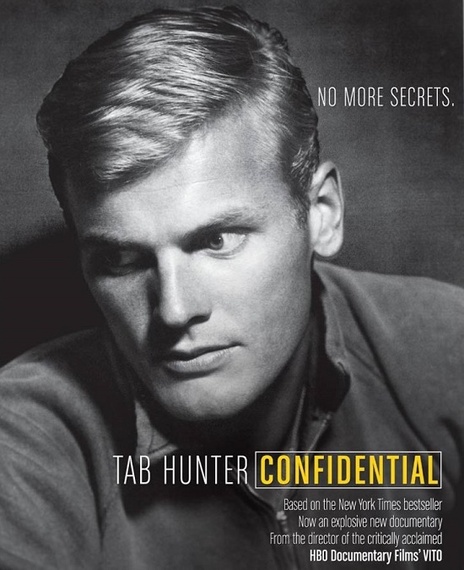 In the 1950s, Tab Hunter is number one at the box office and number one on the music charts. He is Hollywood's most sought-after star and America's boy next door. Natalie Wood, Debbie Reynolds and Sophia Loren are just a few of the actresses he is romantically linked to. Nothing, it seems, can damage his skyrocketing career. Nothing, that is, except for the fact that Tab Hunter is secretly gay. Now, Tab Hunter's secret is out. In TAB HUNTER CONFIDENTIAL we will meet, for the first time, the real Tab Hunter as he shares with us the whole story of a happy, healthy survivor of Hollywood's roller coaster.

For information on how to pitch guests to the show and column, visit NicholasSnow.com. To be alerted of new episodes, follow me here on HuffPo, at Facebook or on Twitter.