During Hollywood's Golden Age, dreamy matinee idol Tab Hunter was the highest grossing movie star for Warner Bros. More than just a Hollywood heartthrob he starred in over 40 films including critically acclaimed movies like Battle Cry, That Kind of Woman and Damn Yankees. Hunter played opposite legends like Tallulah Bankhead, John Wayne, Sophia Loren, Natalie Wood, Gary Cooper, Rita Hayworth, Geraldine Page and Fred Astaire. He appeared on Broadway and on live TV. And if that wasn't enough, his hit single "Young Love" exploded on the Billboard charts. The record took over the No. 1 spot knocking out a guy named Elvis Presley.

Last month, Tab Hunter Confidential, the documentary feature film about Hunter's life and career, opened throughout the United States. When the film was shown at the esteemed Film Forum in New York City and the Cinema Arts Centre in Long Island, Hunter made an appearance at both locales and talked about the movie. Based on his autobiography of the same name, Tab Hunter Confidential features interviews with George Takei, Debbie Reynolds, Portia De Rossi, John Waters, Debbie Reynolds, Lainie Kazan, Connie Stevens and others.

For the very private Hunter, it took interviews conducted over the course of many years to have him share his stories. "At first I said who'd want to read a book on me...," said Hunter about his autobiography which preceded and inspired the film. "But then I thought, why not get it from the horse's mouth and not from some horse's ass after I'm dead and gone?"

What was it like to work with Sophia Loren? And to dance for Bob Fosse? Will he ever go back to acting? Why did he turn down a part in the TV series 77 Sunset Strip? Tab Hunter gave Parade this exclusive interview. 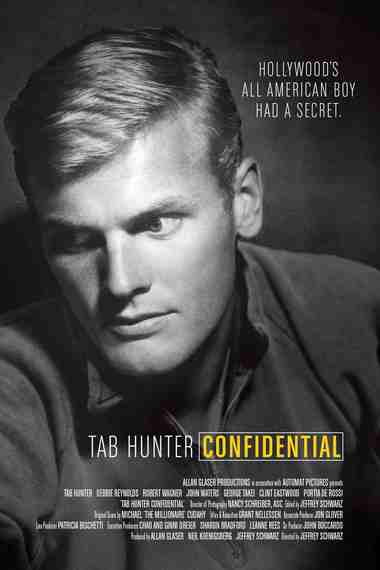