From the moment we are born society sets expectations of us. We are expected to walk and talk by a certain time, predicted to have mastered literacy and numeracy at a certain age. Our worlds are pre-designed for us and we fit into the flow as best we can. Youth is a jumble of growth and learning and the space where dreams and ambition are sparked. Feelings of invincibility abound and we are frequently told that the world is our oyster.

Nobody tells the carefree 25-year-old female that in another 25 years she'll be invisible.

In Western cultures women of a certain age are not revered. They are subjected to the swipe of a metaphorical hand that casts them aside and signifies to them that they have all but expired.

They are not actually seen as insignificant, rather they are simply not seen at all.

I recently read a comment in response to a blog someone had written on unwelcome catcalls in the street. The commenter said that younger women shouldn't be so upset about the attention they receive because the day would come when they wouldn't be noticed at all. The implication being that it was better to be seen and be on the receiving end of street harassment rather than to be of no consequence entirely.

Are these really the only options we think we are worthy of? In 2015? Or ever? 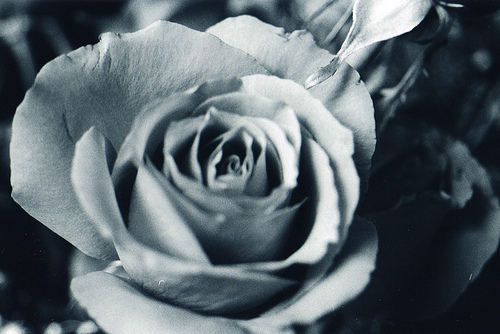 After a female has played out the parts society dictates she may fulfill, routinely a brief career stint followed by motherhood, her requirement is rendered redundant. She is no more.

At a time in her life when she is evolving emotionally and psychologically she is rejected physically. The ultimate blow is that if she should attempt to halt the physical aging process she is likely to be ridiculed for her efforts.

Renée Zellweger and Uma Thurman are just two of the women that have been subjected to recent mass media scrutiny regarding their 'new looks'. Both are widely believed to have undergone plastic surgery and both have been the recipients of insults that have been vile and vindictive.

Society has closed a door on these women for daring to age past the characters portrayed in their much loved movies. Yet when they have tried to keep a foot in the door by seemingly conforming to the ideals that our culture celebrates they are shunned in the worst possible way.

Why are we not commending older women for their strength and longevity? Why are we not paying tribute to their achievements and accomplishments?

The media plays nicely sometimes and every now and then we receive a smattering of assent rejoicing in the older woman and her graceful demeanor. This is almost always synonymous with the name Helen Mirren. For some reason in a world of millions of females over 60 the media is only able to find a handful of women that apparently fit the desired bill.

As it happens, I love Helen Mirren. I also love Lynn Cohen but nobody's really writing about her.

It's acceptable to document our life experiences by way of memorabilia, photography and even tattoos. But the stories from the furrows on our brow must be smoothed out and eradicated. Laughter lines are treated as abhorrent and unwelcome. When did happiness become ugly?

Real change comes about when we make conscious decisions to step away from the confines of what we are told we must adhere to. It's time to let go of the stigma surrounding older women. It's time to redefine the stereotype and let each individual claim their own beauty.

A step forward would be to stop the flood of negativity that women direct at other women. We are just as guilty as men of pulling down our female counterparts. Just look at Madonna at The Grammys. "Who does she think she is?" "Give it up Grandma" -- the internet couldn't wait to pull her to pieces and, disturbingly, a great many of the scalding taunts came from women. Truthfully, the only time I get annoyed by Madonna is when she's airbrushed to high heaven in magazine spreads. But seeing her on stage rocking her look and living her truth? That's a different story.

Words are the biggest weapons of war that we wage on the female sex. Media manipulation sees to it that this fire is stoked whenever it seems to be dwindling. Because if we are consumed with attacking our sisters then we don't have time to concentrate on our own unique glory that is more than capable of defying each of the decades it witnesses.

Let's obliterate the words 'age appropriate' from our vocabularies. Outdated. Not needed.

Lets own every line of our lives. Every single year that presents itself as a story on our face is a victory. We're here. We're alive. We get to conquer another day, another chapter. Carpe the ass out of that diem and own each precious year. Behold the beauty of the older woman for she is truly in full bloom.