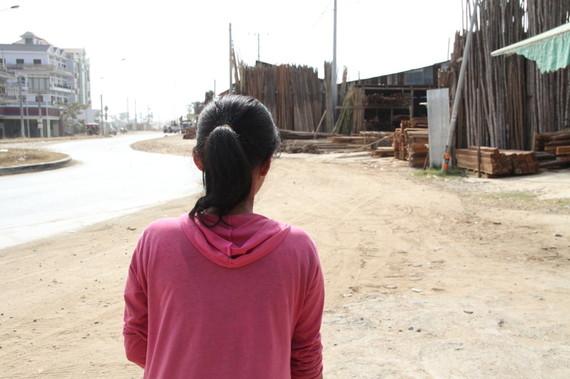 Today marks the UN's World Day against Trafficking in Persons. It's a noble day dedicated to a noble cause, to be sure, but what does it really mean to be "against trafficking?" We can talk about how wrong it is to buy and sell young girls and boys to exploit them for their bodies, leaving a trail of deep trauma behind. We can shout from the rooftops that we are against this crime that generates $150 billion annually--and that is commendable.

Yet, being "against trafficking" also means doing something about it. It means physically stepping into the ring, staring darkness in the eyes and taking it down--whether by working with local police to arrest perpetrators, providing quality aftercare to survivors, preventing violence by strengthening vulnerable communities, or advocating for change at the local, regional and national levels of government.

At the launch of the State Department's 2015 Trafficking in Persons Report earlier this week, Secretary Kerry stated, "There is nothing inevitable about the trafficking of human beings, it is a choice." He is right.

When it comes to governments and nations who are plagued by problems of trafficking and modern day slavery, the antidote trafficking to allow it no more.

When I first visited Cambodia in 2003 with International Justice Mission to see for myself if the rumors of a rampant child commercial sex trade was a reality, I was devastated and overwhelmed to find that the situation was much worse than I had imagined. In the notorious village of Svay Pak, very young girls were peddled openly for sex in large numbers. Of all the dark corners of the earth I've been to, and all of the atrocities I've seen in my line of work as a human rights lawyer, Svay Pak in Cambodia was one of the worst.

Take a minute and call to mind something in your life that seemed impossible to overcome. Maybe it's a major failure or even an old behavior that has placed you firmly in this camp or that, unable to shake off old stereotypes and old stories.

Similarly, today Cambodia is trying to shake off an old story. In the past decade, Cambodia has made a series of choices--though imperfect at times--that have demonstrated that this is a nation standing against the commercial sexual exploitation of children.

Where the world once watched tiny girls crying as they were carried out of brothels on national TV, now stand young women like Mien, an IJM client and sex trafficking survivor who is now a hard-working tailor and a strong wife and mother. In a place where the prevalence of children in the commercial sex trade was once estimated to be as high as 30%, we now have seen that number drop to 2.2% in the largest sex industry locations in Cambodia.

Since the early 2000s, IJM has walked alongside the Cambodian government and local police, implementing a model to transform justice systems that actually works. This model requires buy in from all the parties involved in a functioning justice system--from governments, to police and other law enforcement officials, to local NGOs and the broader international community--and calls for them to step into the ring together and build from the ground up sustainable, long-lasting justice systems that work to enforce the law and protect the most vulnerable.

This model has worked in addressing the commercial sexual exploitation of children in Cambodia--a country that still struggles on many levels, a nation that once boasted one of the worst situations of child sex trafficking in the world--and it can work in other nations where sex trafficking and other forms of modern day slavery are thriving industries.

Confronting the crimes committed by those who think that they can exploit fellow human beings for a profit is a long and arduous process but, even against all odds, we've seen that it can be done.

Let's choose to stand against trafficking together.